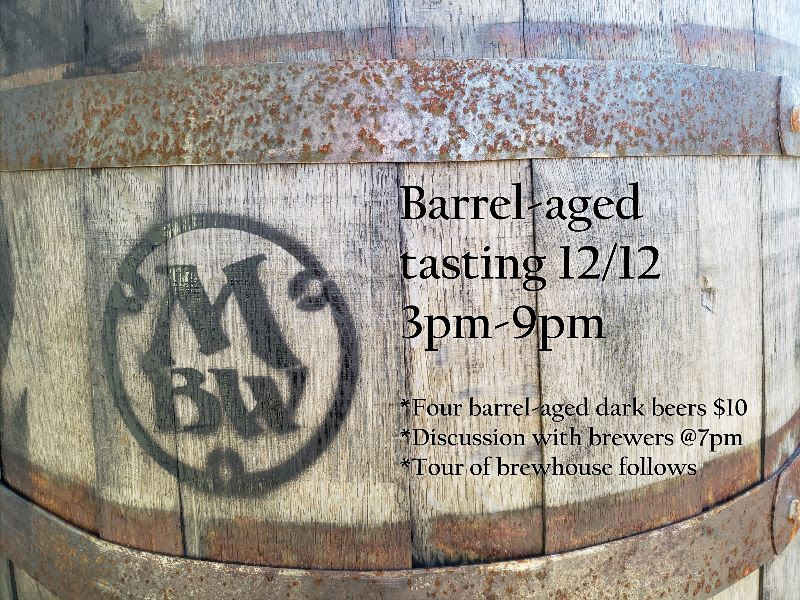 From 3:00 – 9:00pm, the brewery’s tasting room will be serving four, 4oz samples of a few of its barrel-aged beers. Each taster tray will be $10. Freshly baked pretzels from Fressen Artisan Bakery & Cafe will also be available for purchase. Then at 7:00pm, brewers Michael Kora and Alex Graham will give a talk on the art of barrel aging beer. This will be followed by a tour of the brewery’s 10-barrel brewhouse.

Ben’s Barleywine will be also available in single 16.9oz bottles and 12pk cases to go.