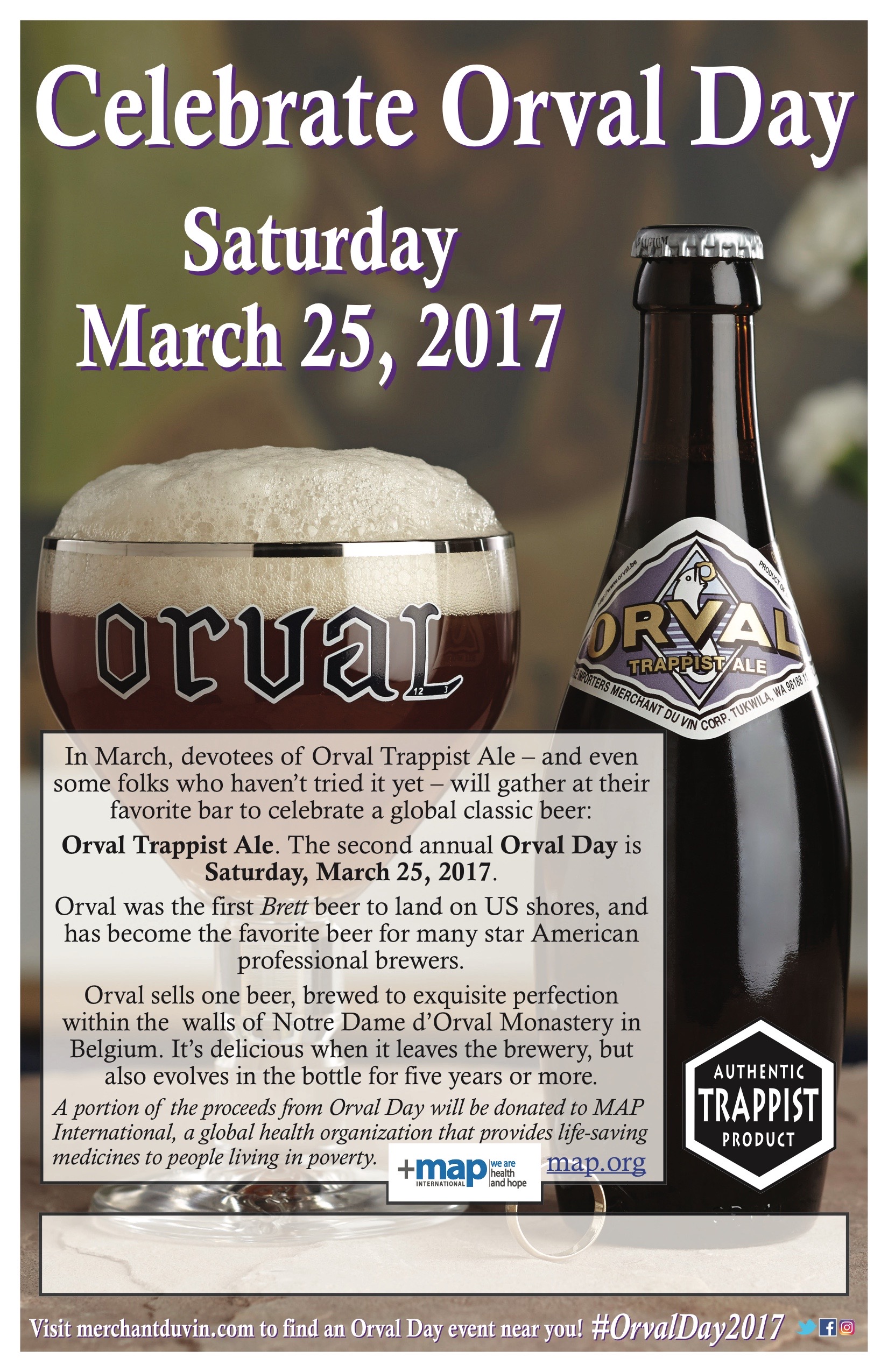 After a successful first year Merchant du Vin returns with Orval Day 2017 for its second installment on Saturday, March 25, 2017. Last year 12,000 bottles of Orval Trappist Ale were sold at over 150 premiere beer bars during the inaugural Orval Day.

On March 26th, 2016, devotees of Orval Trappist Ale – and even some folks who hadn’t tried it yet – convened upon their favorite bar to celebrate one of the world’s most unique beers. Orval was the first Brett beer to land on US shores, and has become the favorite beer for many star American brewers. ( “Brett” – brettanomyces – is a yeast variety that adds appetizing, sharp acidity and dryness.) Orval sells one beer, brewed to exquisite perfection within the walls of Notre Dame d’Orval Monastery in Belgium. It’s delicious when it leaves the brewery, but also evolves in the bottle for five years or more.

A portion of the proceeds from Orval Day will be donated to MAP International. Here are the locations of Orval Day 2017 across the Pacific Northwest.

Make sure to tag your social media posts with #OrvalDay2017.