Portland goes organic, Saraveza doubles down on IPAs and other beer events for the week of August 25.

12th Annual Organic Beer Fest
Noon-9 p.m. Thursday Aug. 25 – Saturday Aug. 27, noon-5 p.m. Sunday Aug. 28, Overlook Park, 1599 N Fremont St.; free admission, $7 for required tasting glass, tokens are a buck each and ID is required. Cash only (ATM onsite) minors OK with parents, service animals only.
In its 12th year, the former North American Organic Beer Festival has undergone a blessed name shortening (which coincidentally allows behind-the-scenes superstar Chris Crabb to say that she honchos BOTH OBFs…) which changes not at all the aim of this unique fest designed to raise awareness about organic beer and sustainable living. To that end, the Organic Beer Fest serves up 55 organic beers, ciders & mead from around the nation, from summery Saisons to rich and hearty stouts, the festival offers beers to please every palate. There’s also live music, food, sustainability-oriented vendors and non-profits, and a children’s area.

The Organic Beer Fest was established and organized by Craig Nicholls in 2003 at Port Halling Brewing in Gresham, Oregon. The festival then took a two-year hiatus, during which Nicholls founded and opened Roots Organic Brewing, Oregon’s first certified all organic brewery. In 2006, Nicholls resurrected the festival at the World Forestry Center in SW Portland, and in 2007, the event landed at its current home in beautiful Overlook Park.

The Organic Beer Fest is a family friendly event, and minors are welcome with parents. Guardians – including boyfriends, girlfriends, cousins, etc. are not acceptable by the Oregon Liquor Control Commission. Animals are not allowed on the festival site except for service animals while performing their qualifying services. It’s going to be HOT this weekend and attendees are welcome to bring in your own bottled water or non-alcoholic beverage, as well as food.

There’s no parking provided so ride your bike – Hopworks is running their bike corral for parking, bless ’em – or take the MAX yellow line, which stops at Overlook Park but will likely be crowded during commute hours thanks to MAX repair projects. 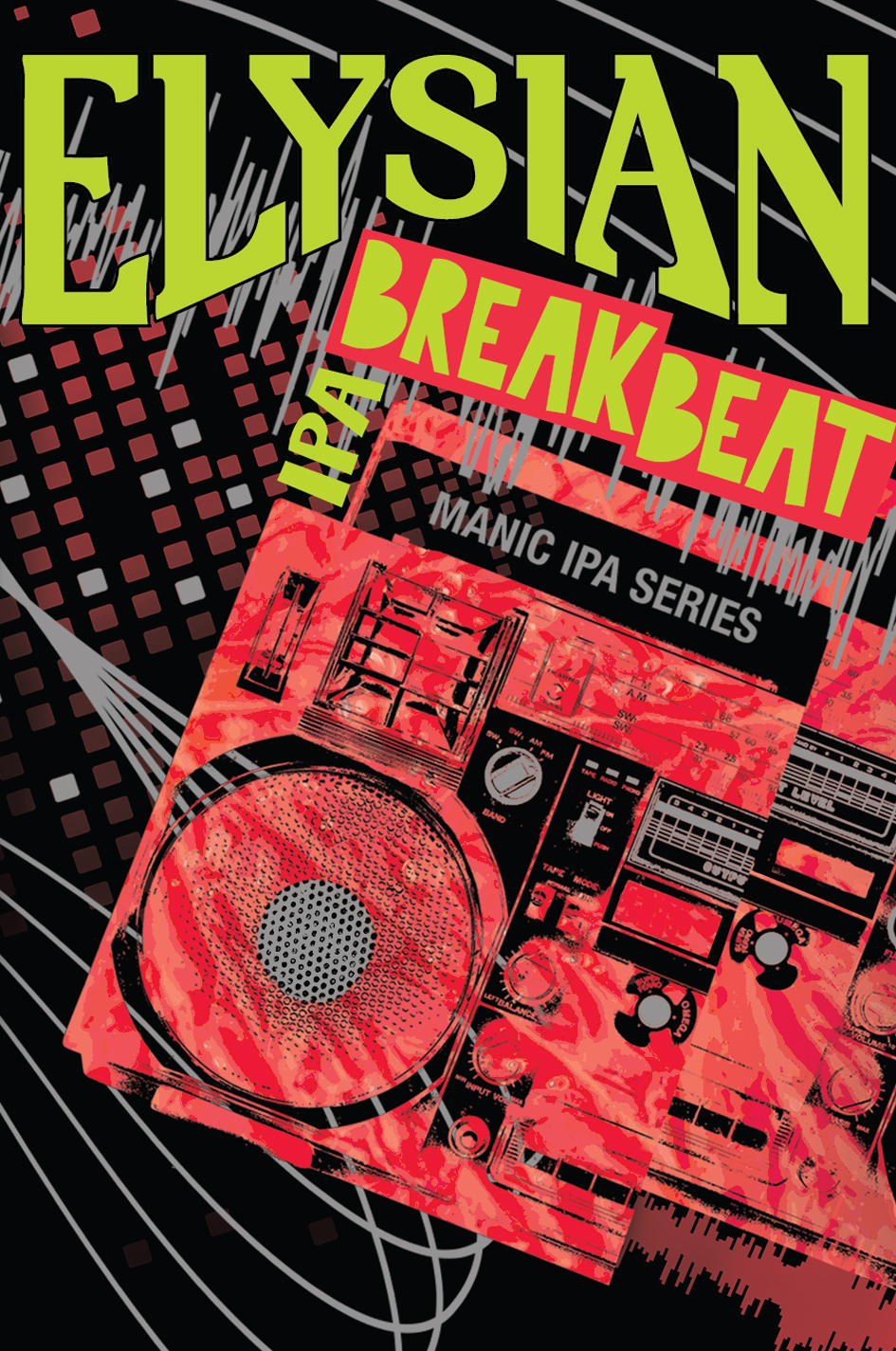 Ballast Point Takes Over (Almost) ALL the Taps
5-7 p.m. Thursday Aug. 25 Belmont Station, 4500 SE Stark St.;
Ballast Point has been in Oregon for just three years or so, the southern California brewery has been brewing for 20 years, and they asked the Station crew to host their big Oregon Anniversary Party. A milestone this big can’t be celebrated with just a few beers, so they are devoting most of the Biercafe’s taps to a fine array of Ballast Point beers, including:

Goose Island Im-Migration Week Celebration
5 p.m. Friday Aug. 26, The BeerMongers, 1125 S.E. Division St.;
The Mongers limber up for the upcoming seventh anniversary extravaganza weekend (which will feature rare beers and rarely seen former Mongers including Jim, Josh and Sam behind the bar once again.) On Friday, the current crew will be pouring some of Goose Island’s finest: 2015 Bourbon County Stout, Sofie, 2016 Juliet and more, plus bottle pours of Halia and Lolita.

Old Friends Onstage
J.T. Wise Band, 4-6 p.m. Friday Aug. 26, White Eagle Saloon, 836 N. Russell St.
This has gotta be Old Home week for my friend and former bandmate , guitarist Tim Wise, who played the White Eagle with his band Some Mighty Good Eatin’ in the 1970s. It promises to be a fun stop on the way back from the Organic Beer Fest, and I intend to be there.

Little Sue & Lynn Connover, 6-8 p.m. Friday Aug. 26, Laurelthirst Public House, 2958 N.E. Glisan St.:
These talented, soulful singers have been stalwarts of Laurelthirst for years and their return for a Happy Hour gig is the best of news.

Big Monti Rockin’ Blues, 9 p.m. Saturday Aug. 27, Duff’s Garage, 2530 N.E. 82nd Ave.; cover.
Many of you weren’t hitting the clubs when Monti Amundsen led a hard-rockin’ trio called the Blubinos. Those of us who ere lucky enough to be there were mesmerized by Monti’s sheer presence and his slahing/lyrical guitar sound. Big Monti’s onlyy gotten better and if you lovehard-edged blues rock, you’ll love this show.

Jon Koonce 11 a.m.; Terry Robb 1 p.m. Sunday Aug. 28, Hawthorne Street Fair, 34th Ave. Acoustic Stage.
Jon Koonce once led local phenom Johnny and the Distractions and has matured into a great Americana singer/songwriter whose terse songs and urgent sining telegraphs the plight of forgotten Americans; Terrry Robb is an acoustic blues master whose fluid guitar style is a delight to hear. This should be a great afternoon of music with enough time to slip away to Bazi for one of thos $4 pints…

Seventh Annual IIPA Festival
1-9 p.m. Saturday, Aug. 27 & Sunday, 1-9 p.m. Aug. 28, Saraveza, 1004 N. Killingsworth St.; $20 for commemorative glass and 5 tix.
The seventh annual double IPA fest features more than 30 IIPAs, Double Beef Burgers & The Berliner Weisse Oasis. Festival goers will have the opportunity to try unique IIPAs from some of the best breweries inside and outside of Oregon. Look for IIPAs from some greats such as: Breakside, Barley Brown’s Melvin’s, Fat Heads, Great Notion, Claim 52, Green Flash, Alpine, Ballast Point, Russian River, and many, many more. Taps will be rotating at Saraveza, Bad Habit Room and in the outdoor seating area on N. Michigan.

To compete with big bold IIPA flavors, the Saravezans retired the BBLTs and are introducing the double beef burgers, which should do the trick. In honor of the roasty temps forecast, they are bringing back the Berliner Weisse Oasis, which showcases some great berliner weisse style beers from pFriem, Mikkeller, De Garde, Coldfire, and many more, and reminds us why the light, tart beer is THE summer quaff in sweltering Berlin. It’s also the last year for the Berliner Weisse Oasis; next year it gets an annual festival of its own. 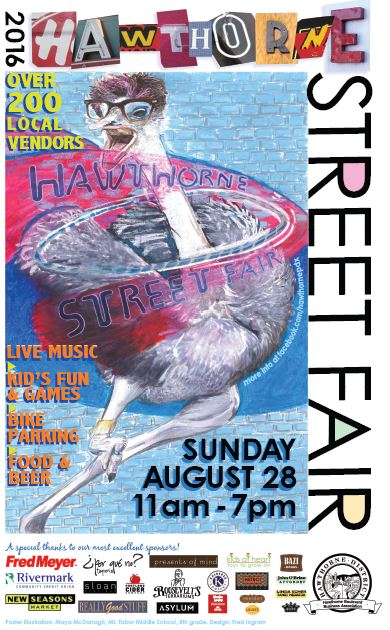 BBQ Wednesdays
6-9 p.m. Wednesday Aug. 31, Chill n Fill, 5215 N. Lombard St.;
Chill n Fill hosts the Dixon’s Rib Pit crew, who’ll be in the house on August Wednesdays with a BBQ menu of pulled pork, brisket, bbq chicken and St. Louis Style Ribs. Sandwich dinners start at $8, the rib dinner is $15, and depend on it, cold beer will be available.

The Commons/Wolves & People Release Field’s Edge
5 p.m. Wednesday Aug. 31, The Commons Brewery Tasting Room, 630 SE Belmont St.;
Brewed at the Commons, this foraged farmhouse ale was fermented with yeast from both breweries and finished with Douglas Fir tips, honeysuckle, dandelion root and leaves. Field’s Edge has been hiding in the cellar since February 2016 and the result is a rustic farmhouse ale with a complex floral character, balanced by a dry, lightly tart finish. On Wednesday a limited amount of 750ml bottles will be available for $12 each on a first come, first serve basis and Field’s Edge will also be available on draft. Christian and Jake from Wolves and People in Newberg will be in the house Wednesday to celebrate the release and share some of their new delicious beers.