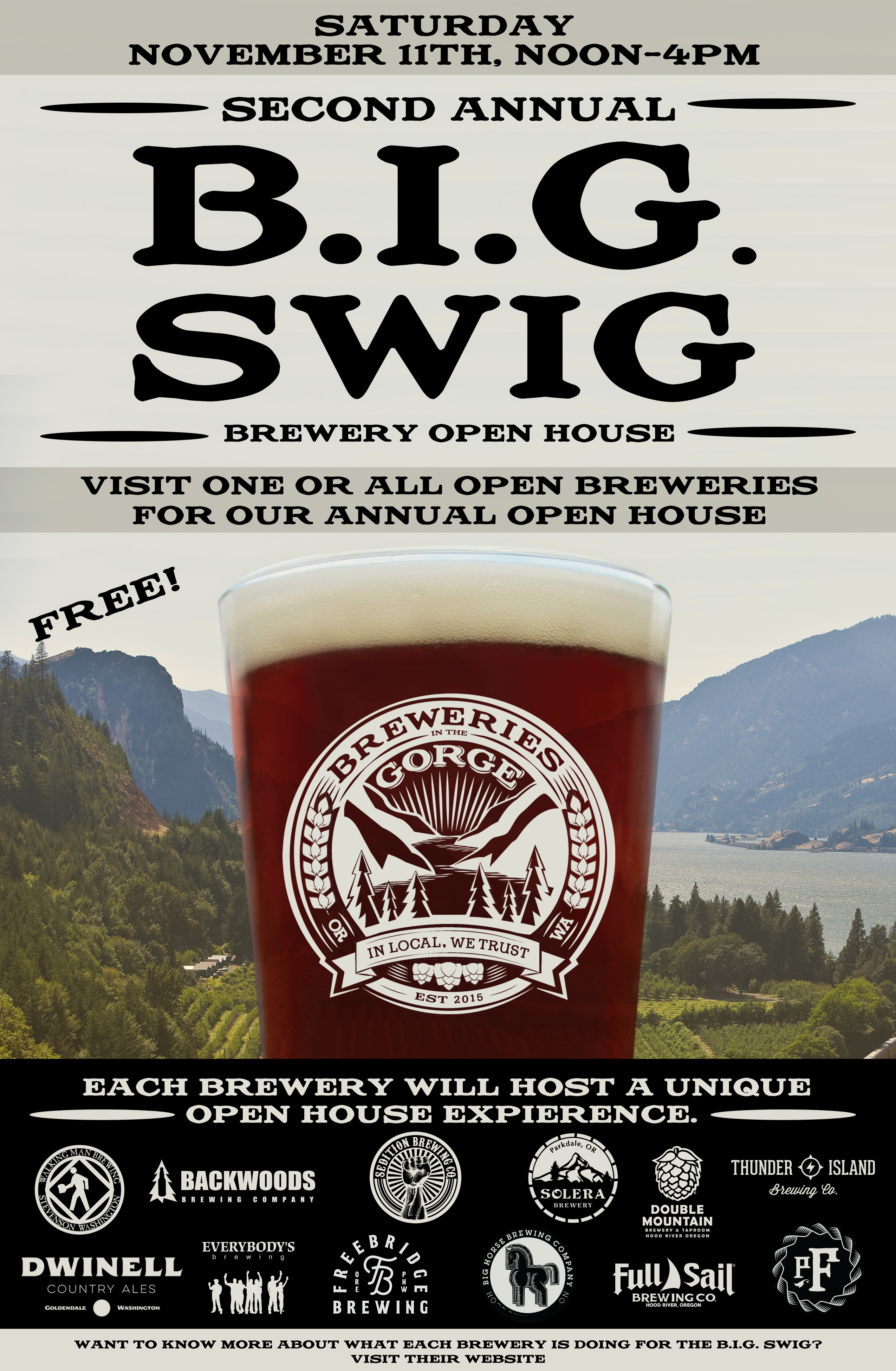 As the Columbia Gorge continues to get back to normalcy as the Eagle Creek Fire works its way towards containment the businesses in the region have take a large financial hit. Today one industry in the Gorge will attempt to help jump start this when the Breweries in the Gorge (B.I.G.) host its 2nd Annual The B.I.G. Swig. From Noon until 4:00pm, twelve of the thirteen B.I.G. breweries will host an open-house that will reflect each individual brewery beer styles and approach to the craft beer culture here in the Gorge.

The twelve breweries spanning from Cascade Locks, OR to Goldendale, WA in the scenic Columbia Gorge will open its doors to its breweries to allow guests to get a first hand look at how beer is made. Brewers in the Gorge are well known for producing some world class beers and today is the day to celebrate its bounty!

“The last couple of months have been tough on all of us in the Gorge with the Eagle Creek Fire and I-84 closure, we are so delighted to invite everyone out to support our Gorge owned breweries and staff,” says Caroline Park, owner of Thunder Island Brewing Co in Cascade Locks, Oregon in a statement.

B.I.G. is one of the only non-profit craft beer organizations that consist of members in two different states. Despite a variety of challenges operating between the two states, B.I.G. has been successfully by working together, sharing ideas, and promoting craft beer throughout the Gorge.

For more information about participating breweries, visit their websites:

Freebridge Brewing – The Dalles, OR
www.freebridgebrewing.com