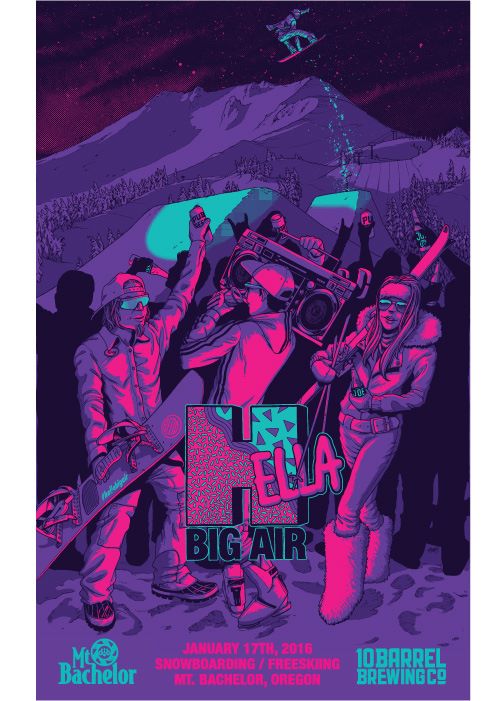 Central Oregon is shaping up to be a great destination during Martin Luther King Weekend in mid-January. On Sunday, January 17th 10 Barrel Brewing Co. will team up with Mt. Bachelor to present Hella Big Air Competition at Mt. Bachelor from 2:00 – 6:30pm. This is in addition to McMenamins’ High Gravity Extravaganza that will take place on Saturday, January 16th at its Old St. Francis School location in the heart of Bend.

The pairing of 10 Barrel and Mt. Bachelor will reminisce on the era of the 1990’s when things were said to be bigger, wilder and better. It was also during this time that Mt. Bachelor hosted the original Hella Big Air events on the slopes. Over Martin Luther King Weekend look for the triumphant return to the 90’s style Big Air competitions on Mt. Bachelor. Some of the area’s top skiers and riders are going to be competing for a hella big prize that will be a remarkable $30,000!

With over 150” of fresh snow in December, Mt. Bachelor is shaping up to be a top ski destination this winter. Plus with some tasty mountain side beers pouring along with music and swag giveaways this will be the perfect weekend to be in Bend.