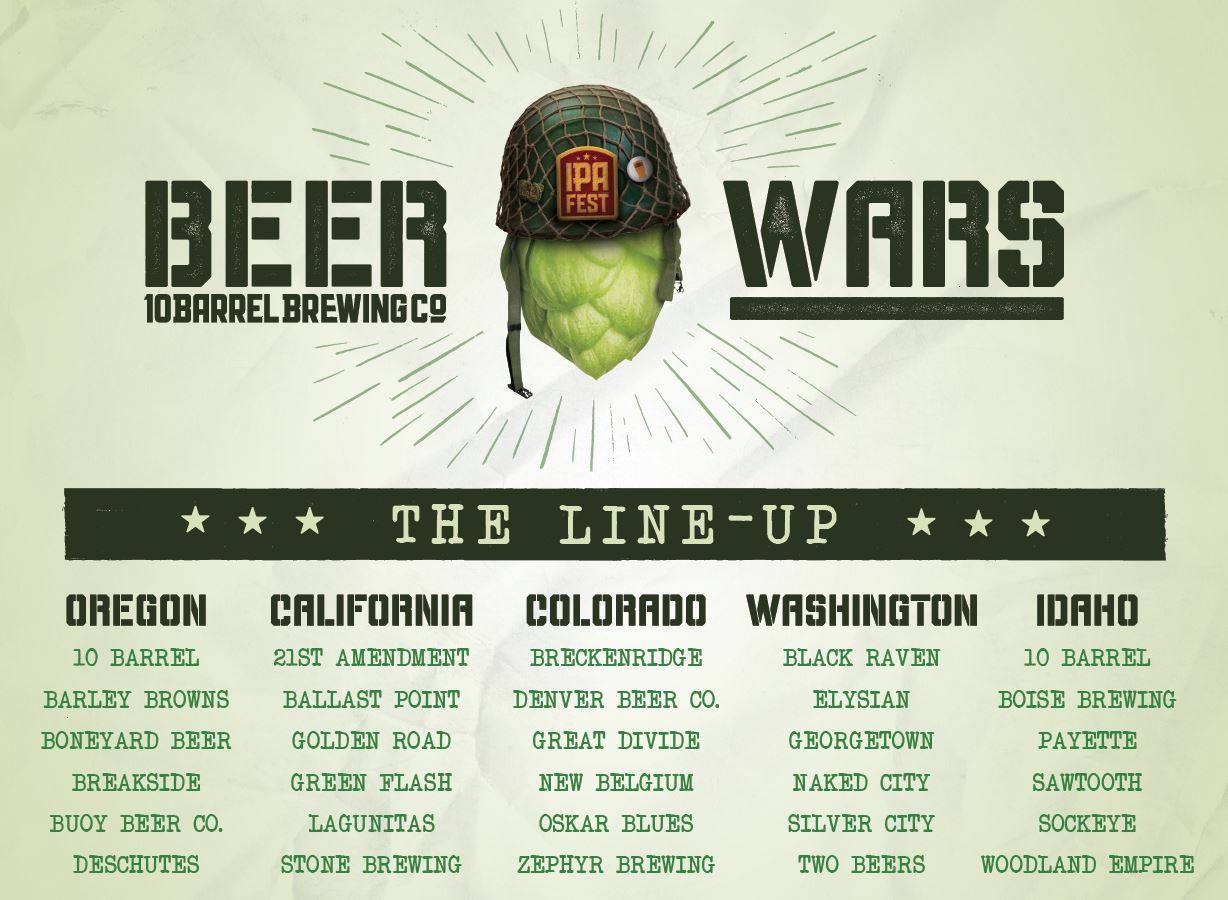 When Beer Wars premiered in 2013, it pitted IPAs brewed by breweries from Bend, Portland, Seattle and San Diego against one another. The tasting was not done blind so maybe that is why the locals from Bend won that year.

In 2016 Beer Wars has changed and all of the tasting of the 30 various IPAs are done blind. Guests will know which breweries are featured but will not know from which taps its beers are pouring. This year there are 30 different IPAs pouring from 5 different states, Oregon, Washington, California, Idaho and Colorado.

Last week on the eve of Bend Brewfest, 10 Barrel hosted Beer Wars in Bend. This time the state of Oregon topped the votes with 10 Barrel Brewing’s Locals Only IPA coming in 1st place. Finishing a close 2nd was California and Washington finished in 3rd place.

The Breweries include six breweries from the following 5 states:

Entry into Beer Wars is free but a tasting glass must be purchased to sample any of the 30 IPAs. Beer tickets are $1.00 each for a sample. There will also be live music being performed during Beer Wars.

Stay up to date on 10 Barrel Brewing Beer Wars in Portland by following its Facebook Event Page.