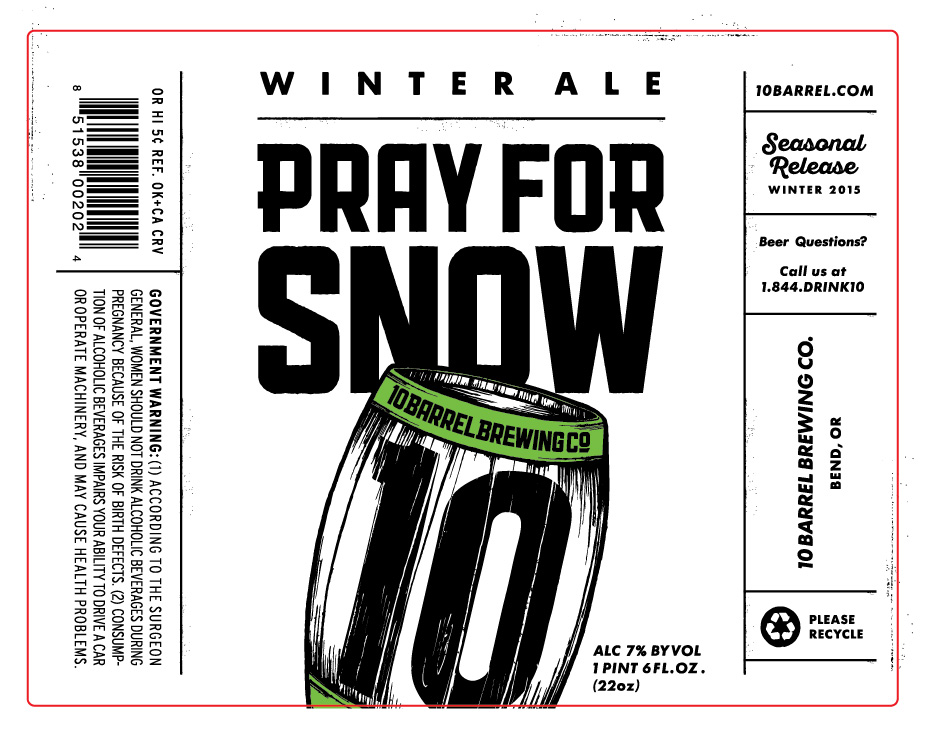 Even though the seasonal clock still says its summer, 10 Barrel Brewing will release its popular winter seasonal Pray for Snow today at its Portland Pub in the Pearl District. All day today, Friday, September 18, patrons will be able to get their first chance to try a pint of Pray for Snow this season.

The Pray for Snow Release Party will feature more activities than just drinking a pint or two. This annual winter ale has been released every year in hopes for some large snow falls on the Cascade range to bring plentiful snow for a strong ski and snowboard season. Look for some outdoor, mountain activities today at Portland’s 10 Barrel Pub when the brewery does its best attempt at bringing the mountains to the city. There will be some fabulous prizes for a few lucky winners. Some of the highlights include:

The fun begins today when 10 Barrel begins serving up Pray for Snow when the pub opens at 11:00am and will last until last call.