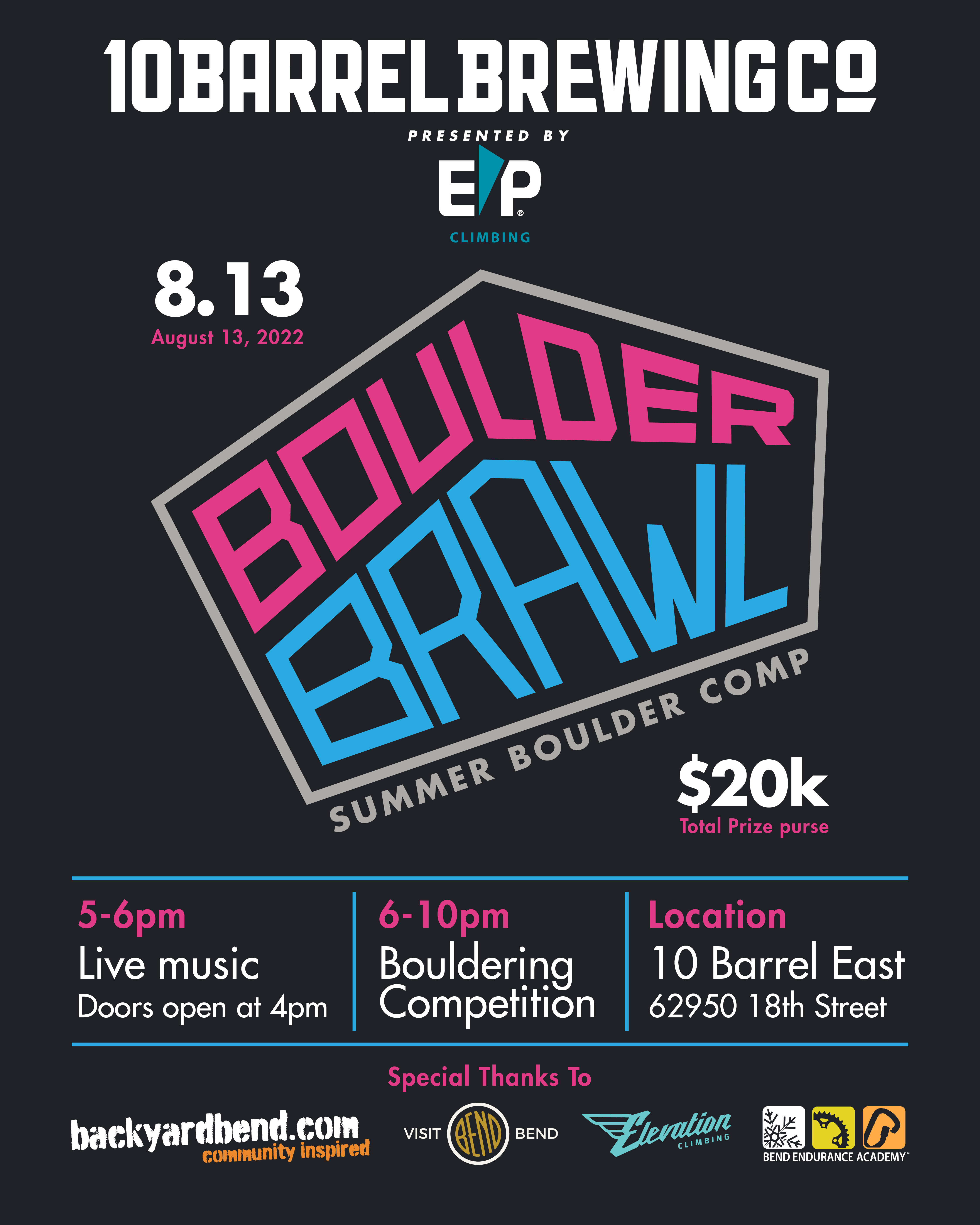 In keeping true to their motto of Drink Beer Outside, 10 Barrel Brewing will once again be the title sponsor of the 5th Annual Boulder Brawl. This year’s event will be held on Saturday, August 13 from 4:00-10:00pm.

Athletes will be competing for their share of a $20k prize purse that are distributed equally among men’s and women’s categories The event will feature climbers from around the country, including multiple National Champions, and former Olympians.Here are some of the decorated athletes who will compete this year: