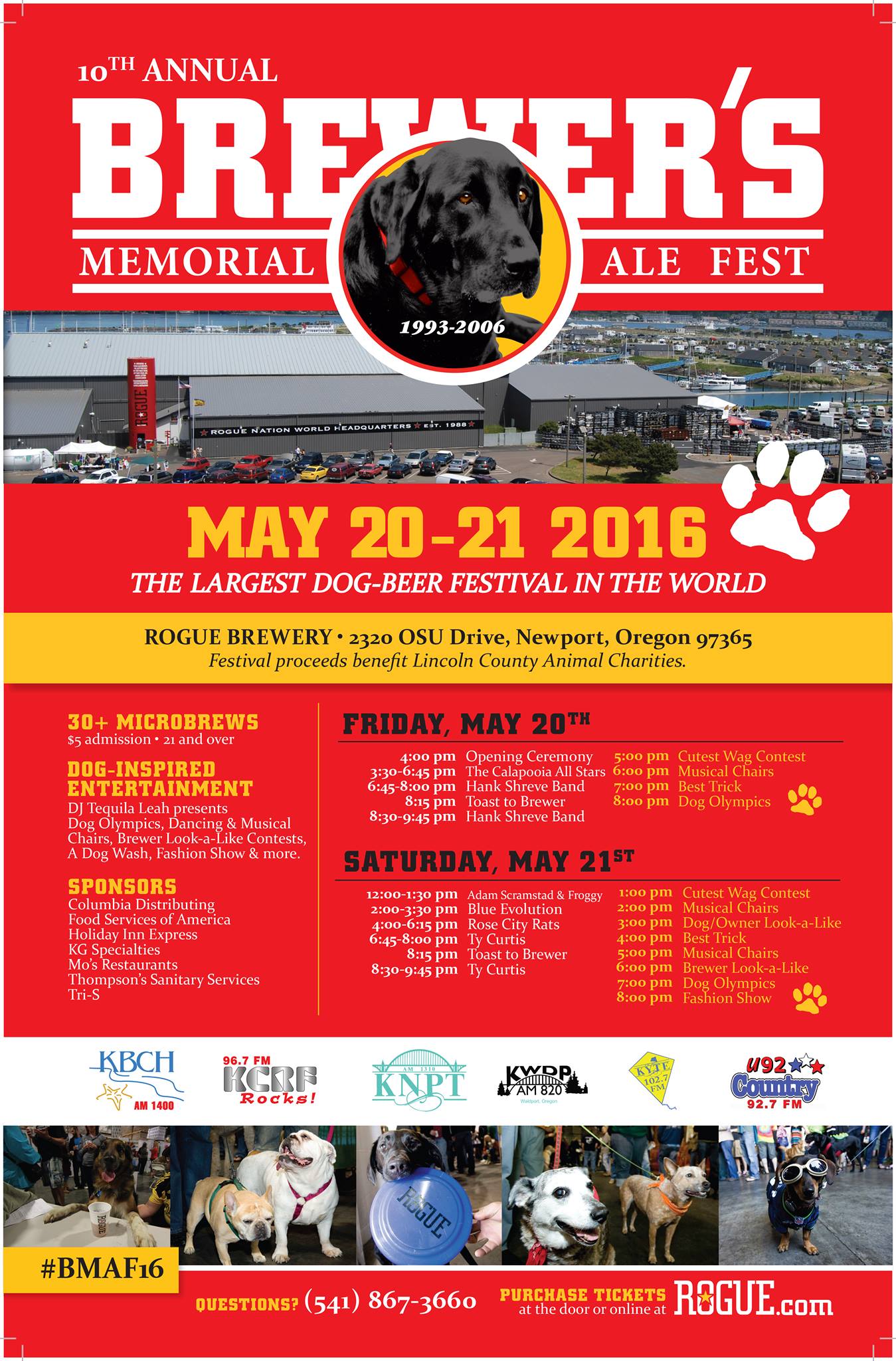 A decade ago Rogue Ales launched what no proves to be one heck on an endearing weekend of beers and man’s best friend. The 10th Annual Brewers Memorial Ale Fest returns to Newport, Oregon on May 20th and 21st.

The 10th Annual Brewers Memorial Ale Fest is the largest dog and beer festival in the world. The festival will once again be a fundraiser for Oregon Coast charities. Last year 3,200 people and 810 of their best friends attended the festival. The festival was created in memory of Rogue Brewmaster John Maier’s faithful companion Brewer, who passed away on May 20, 2006. Brewer grew up in the brewery and eventually rose to the rank of CEO at Rogue Ales. The dog-friendly brew festival is held inside the Rogue Ales Brewery and includes over 30 craft beers, live music, doggy musical chairs, dog wash, dog dancing and celebrity dog look-alikes (Rin-Tin-Tin, Lassie, Benji and of course, Brewer).

The Brewers Memorial Ale Fest will take place on Friday May 20th, from 4:00 to 10:00pm and Saturday, May 21st, from Noon to 10:00pm. Admission is $5.00 each day and tickets can be purchased in advance by clicking here. Post, Tweet or Instagram with hashtag #BMAF16