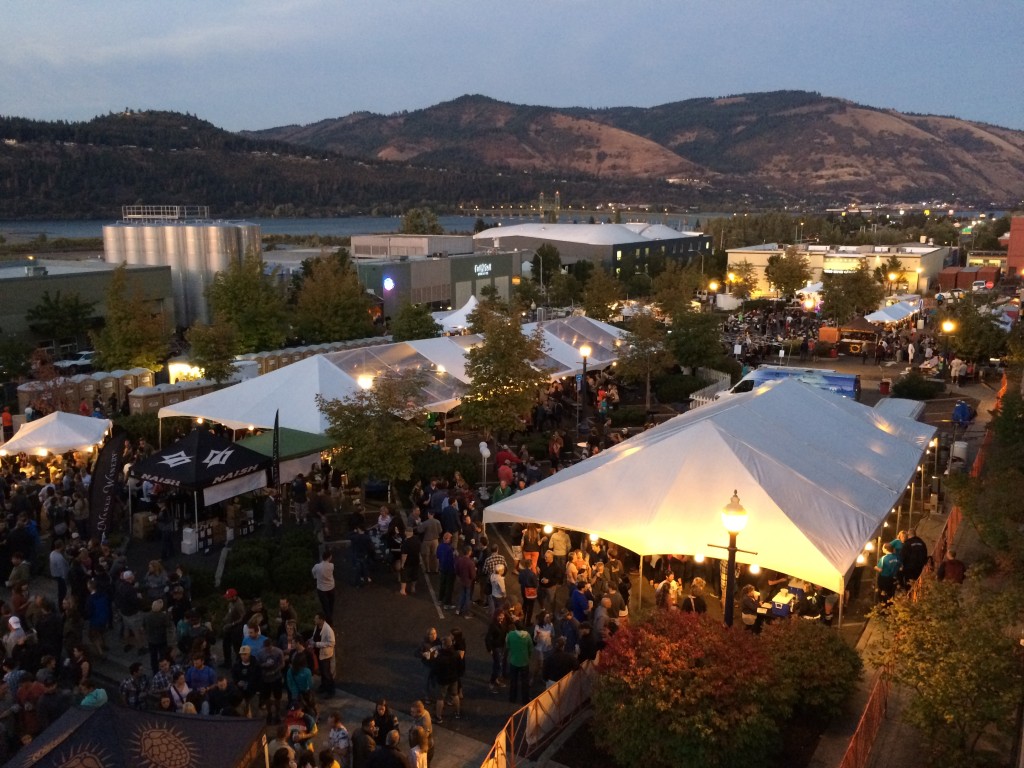 Hood River, Ore. — August 13, 2015 — Hood River, Oregon will be hop-ping again this fall with the return of Hood River Hops Fest, presented by CH2M. Now in its 12th year, this one-day festival features one of the largest fresh-hop beer selections in the nation, showcasing more than 60 fresh-hop beers from three-dozen Northwest breweries. Held in the heart of picturesque Hood River, this year’s festival is Saturday, September 26, 2015, from noon to 8 PM.

Showing off their seasonal brews will be numerous local breweries – including Double Mountain Brewery, Full Sail Brewing and pFriem Family Brewers – and regional and national heavyweights. There will also be a small selection of local hop ciders. A full list of participating breweries will be announced in early September. 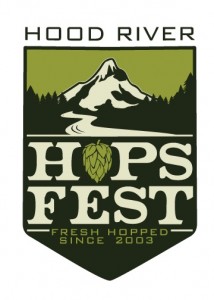 With the light, fruity aroma of summer beers behind them and the heavy, bold flavor of winter ales on the horizon, many brewers look forward to the short window of time every fall when they can incorporate freshly harvested hops into their brews. The resulting fresh hop varieties are unpredictable, limited and loved by many.

“Hood River Hops Fest is one of the country’s longest-running beer festivals specializing in the unique flavor of seasonal, fresh hop beer. Plus, it has an unparalleled setting in the beautiful Columbia River Gorge,” said Mike Glover, CEO of the Hood River County Chamber of Commerce, host of the event. “We look forward to welcoming people to wildly gorge-ous Hood River to enjoy all that the area has to offer.”

In addition to fresh-hops beer and cider, Hood River Hops Fest features local cuisine, wine from Naked Winery, arts and crafts vendors from the Northwest, a children’s play area, fun contests, and a day-long line-up of live music, with local and regional musicians. Children are welcome throughout the afternoon until 5 PM; in the evening, the venue is open to adults only until closing.

WHERE
Downtown Hood River, Oregon, in the Columbia Parking Lot (between 5th & 7th Streets and Cascade Avenue and Columbia Street).

About Hood River Hops Fest
Hosted annually by the Hood River Chamber of Commerce, Hood River Hops Fest is a beer lover’s dream. The event showcases more than 60 fresh-hop brews from throughout the Northwest, as well as favorites from Hood River County’s own microbreweries. It received the silver medal for Best Beer Festival from the 2015 Willamette Week Oregon Beer Awards, and was named Best Event of the Gorge for 2010-2013.