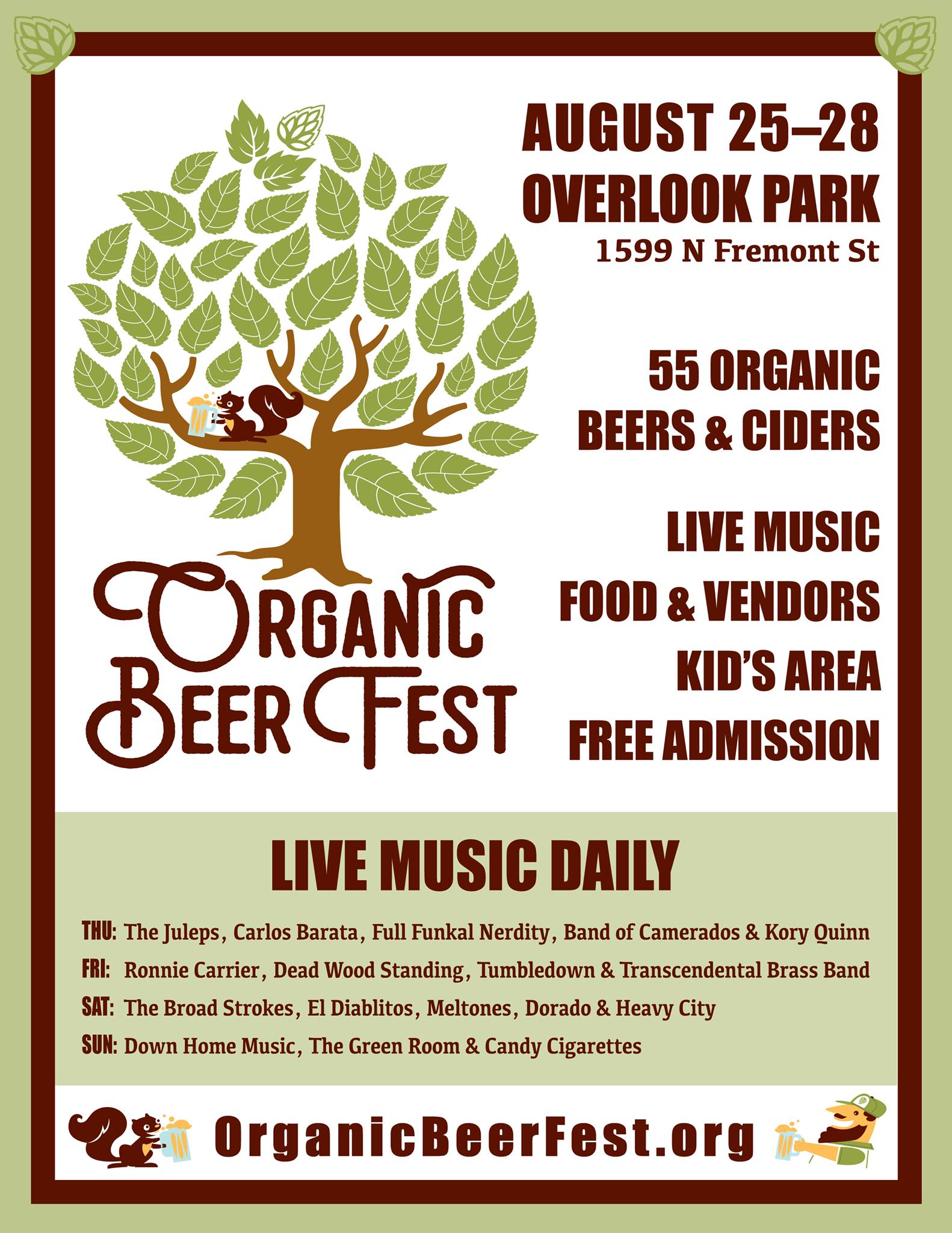 With a slight name change, the 12th Annual Organic Beer Fest returns to Overlook Park from Thursday, August 25 through Sunday, August 28. Gone is the North American label to the fest as the festival has grown to include organic beers from beyond our continent. Conveniently located on the MAX Yellow Line, the Organic Beer Fest will serve over 50 beers, ciders and meads that are brewed using organic ingredients. Each day the family friendly festival will open at Noon and run until 9:00pm except for the last day, Sunday when the festival will close at 5:00pm.

Organically brewed beer is the focus of the Organic Beer Festival but this fest is more than just beer. Beyond the 55 organic beers, ciders and meads there’s also live music, organic food, sustainability-oriented vendors and non-profits, a soda garden with complimentary handcrafted Crater Lake Soda for minors and designated drivers, and a kids area. The Organic Beer Fest is a family friendly event, and minors are welcome with parents.

Admission into the Organic Beer Fest is free. The purchase of a $7 reusable, recyclable cup is required for tasting beer, as are tokens, which sell for $1 apiece. A full glass of beer costs four tokens and a three-ounce taste costs one token (select beers and ciders cost additional tokens). Patrons may receive an extra token with a validated Tri-Met ticket, a ticket from the on-site fenced Hopworks Bike Corral or with current ID showing they live in the Overlook zip code (limit one extra token per person).

So what makes a beer organic? The standards that the USDA uses for organic beer are the same as the standards used for organic foods. This means that ingredients must be grown without the use of toxic pesticides or synthetic fertilizers in soil that is free from chemicals for at least three years, and genetically modified ingredients are not allowed. Based on the Oregon Tilth guidelines, organic certification for beer is broken down to three primary levels.

When it comes to gaining organic certification some brewers pay for this designation while others do not. Festival organizers have categorized each beer and cider at this festival according to the organic tier in which each falls in to. An asterisk next to the producer indicates they are 100% Certified Organic and lists the certifying organization.

Here is the beer and cider list for the 2016 Organic Beer Festival.

McMenamins Edgefield Brewery | Troutdale, OR
Rose City ‘Til I Rye | Rye Beer (70-94% Made with Organic Ingredients)

Vagabond Brewing | Salem, OR
Into the Wild | IPA (70-94% Made with Organic Ingredients)

Live music will once again be part of the Organic Beer Festival. Here’s the music schedule for the four days. 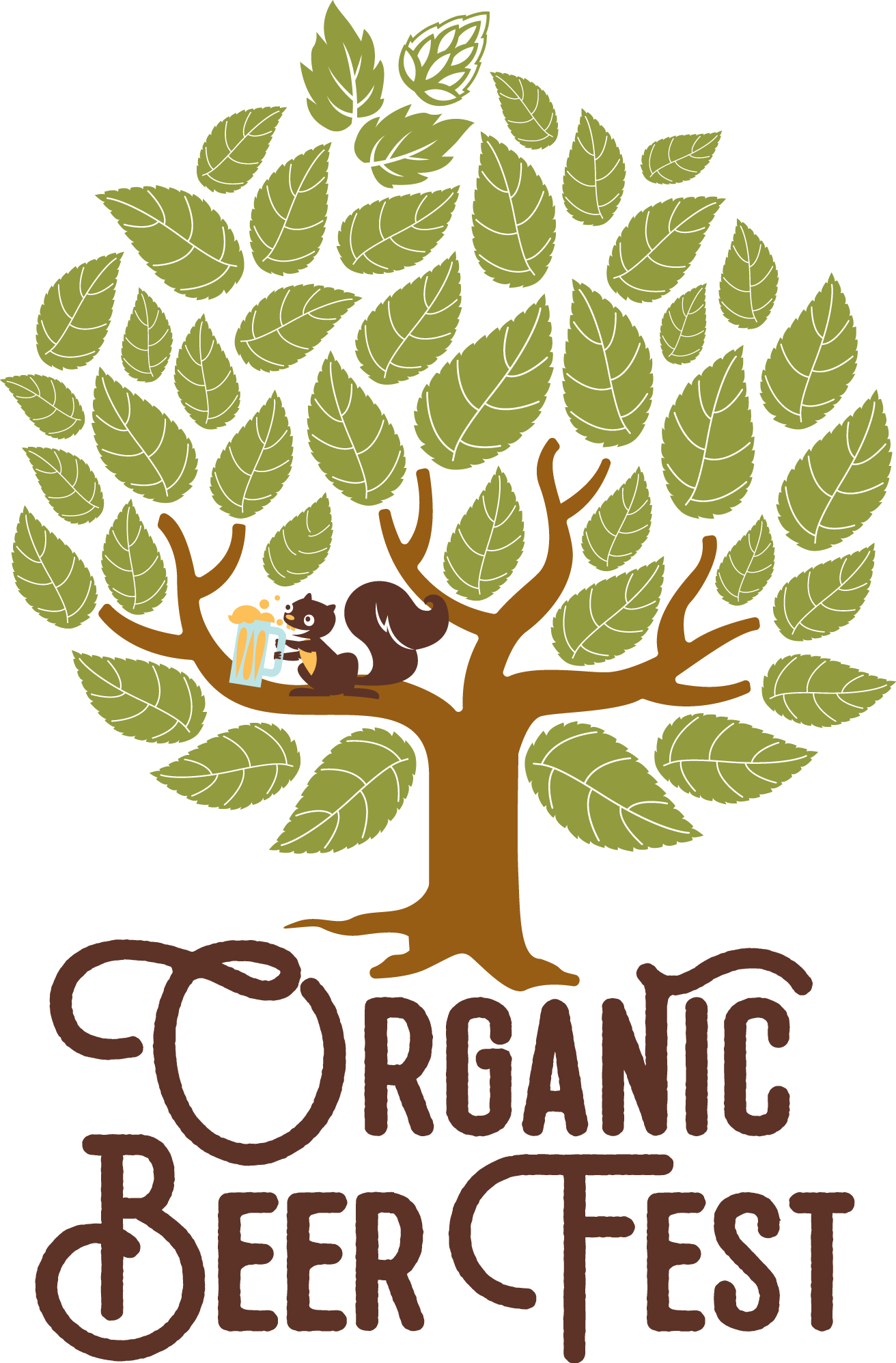 The Organic Beer Fest does not offer automobile parking at the festival grounds. Attendees must park in the nearby Overlook neighborhood. However, the best way to travel to the Organic Beer Fest is by bicycle and park at the Hopworks Bike Corral or by taking TriMet. The Interstate MAX/Yellow Line “Overlook Park” Station is directly across from Overlook Park and is the second stop from the Rose Quarter transit mall, heading north.