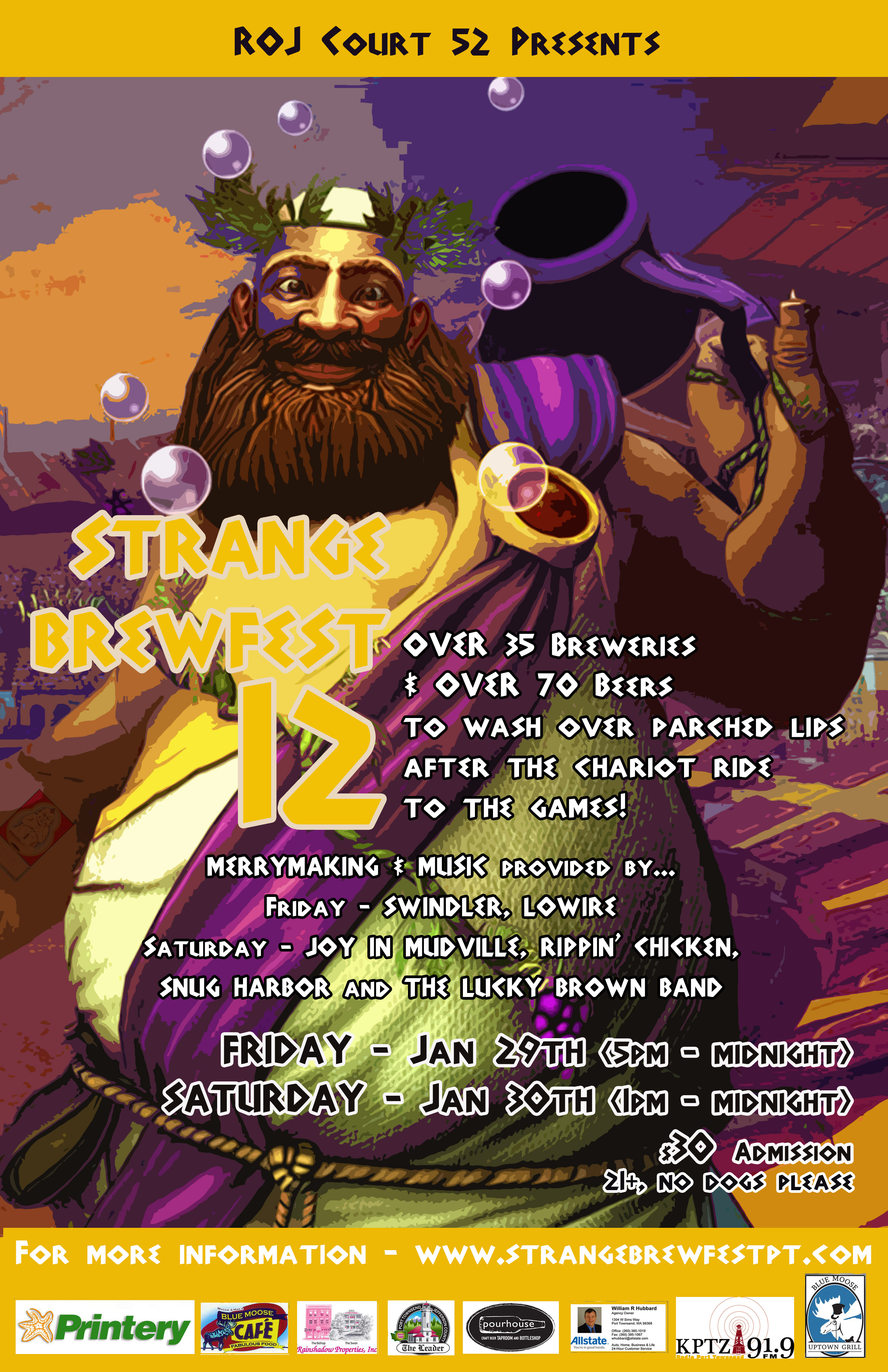 One unique way to close out the month of January is by attending the 12th Annual Strange Brewfest in Port Townsend, Washington from January 29-30. The 2016 edition of the Strange Brewfest is gaining its inspiration from the number 12!

This year the Strange Brewfest will be featuring over 35 breweries that will be pouring over 70 strange brews. Find more details on the brewery and beer list by following the festivals website as the list will be updated in the coming weeks.

Attendees at Strange Brewfest vote for their favorite brewery. In 2015 the Olympic Peninsula swept the awards with 7 Seas Brewing, Rainy Daze Brewing, and Downpour Brewing coming out on top. But the winner of the Strangest Brew was awarded to 7 Seas Brewing for its 7 Bloody Seas!

Strange Brewfest returns to the American Legion Hall in Port Townsend, WA on Friday, January 29th, from 5:00pm to Midnight and Saturday, January 30th, from 1:00pm to Midnight. Admission is $30 that includes a souvenir tasting glass, 4 tasting tokens, and a wristband to get you in for both days. Additional tasting tokens are $1.50 each. Tickets are now on-sale and can be purchased by clicking here. Strange Brewfest is a 21 and over event. No dogs, sorry!