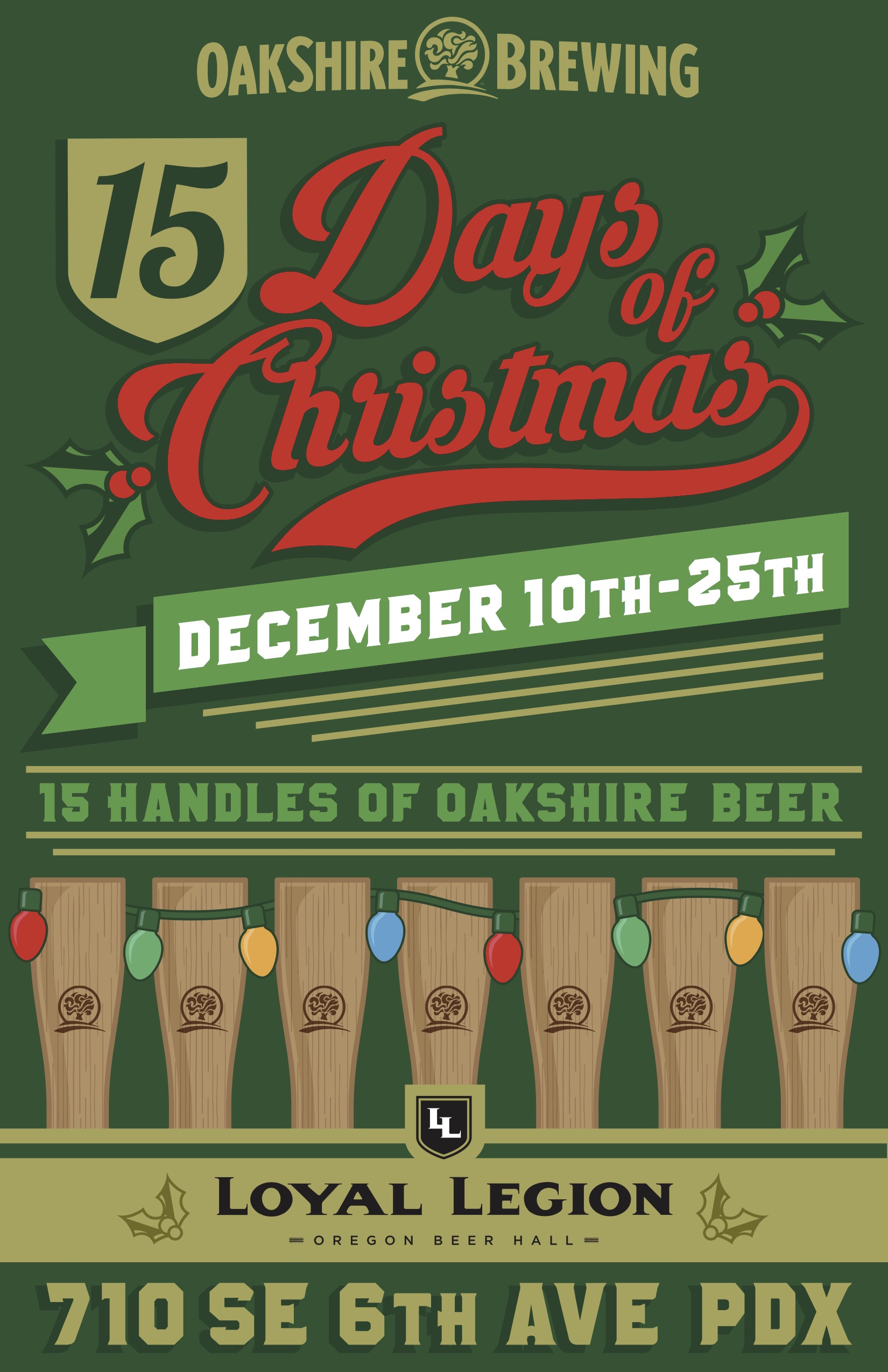 Ever wish that there was an Oakshire Brewing outpost here in Portland? Beginning on Thursday, December 10, Oakshire Brewing will be taking over 15 of the taps at Loyal Legion in Southeast Portland for what is being called 15 Days of Christmas with 15 Handles of Oakshire Beer.

Just in time to help celebrate the holiday season, Loyal Legion will be pouring various Oakshire beers each and everyday leading all the way up to Christmas. There will be multiple specialty Oakshire beers tapped – including Frederic C Noir that recently took home a Silver Medal at the 2015 Festival of Wood and Barrel Aged Beer, Hellshire V and other various Oakshire beers.

The beers will be tapped beginning at 5:00pm on Thursday, December 10.