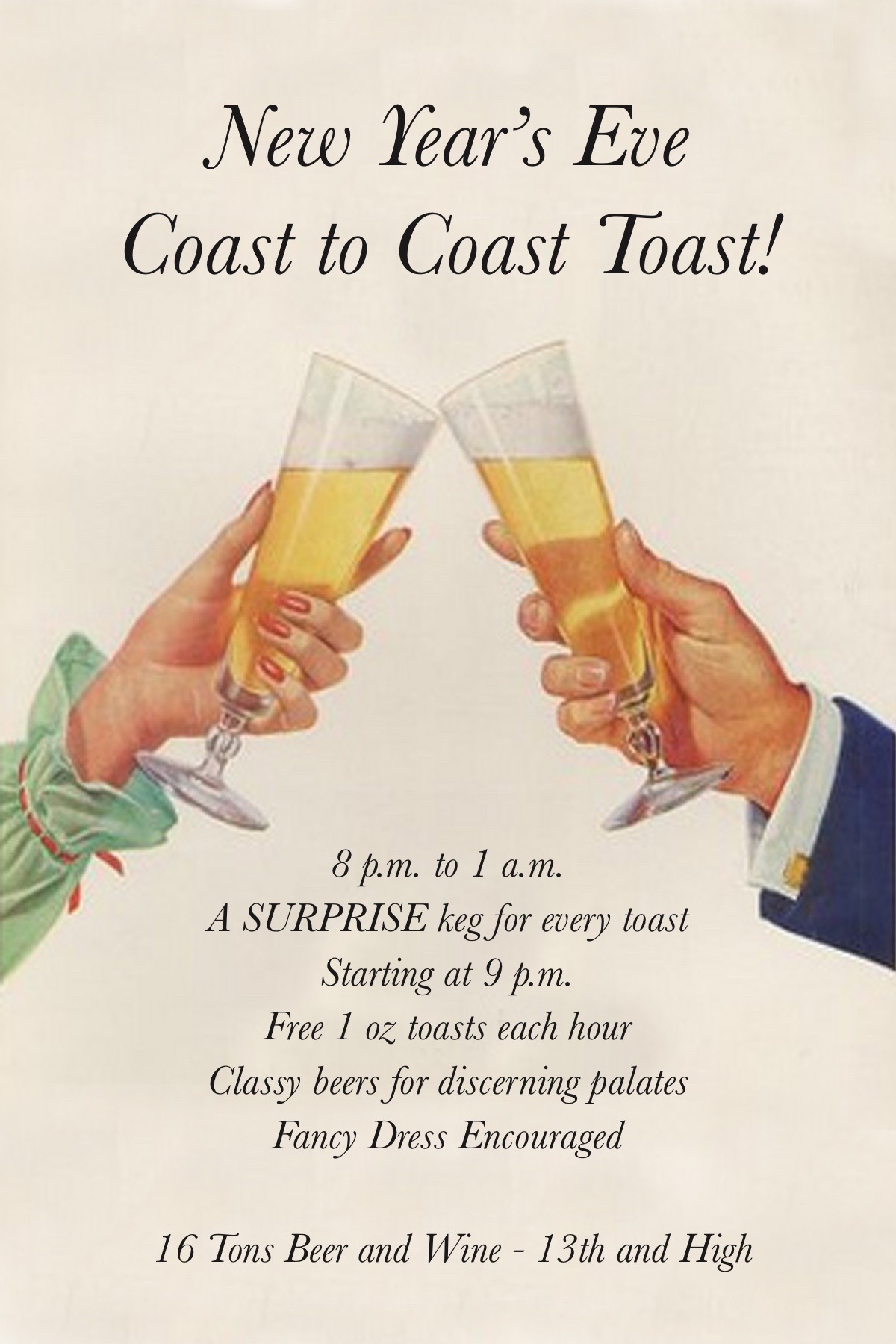 On Sunday, December 31st, 16 Tons Taphouse will host its 7th annual New Years Eve Bash: Coast to Coast Toast. Beginning at 8:00pm 16 Tons will begin its celebration leading up to the New Year. The longtime Eugene tap house will be serving 18 beers on tap that includes a selection of barrel aged beers along with a few Hazy IPAs.

Then when the clock strikes 9:00pm is when the true excitement of the evening begins. 16 Tons will raise a toast to a surprise East Coast keg of beer to ring in the New Year when New York City drops the big ball in Times Square.

When the top of the hour reaches, guests will enjoy free 1-ounce tasters of each of the surprise beers. There will also be an opportunity to purchase full pours of each of the four special time zone themed beers.