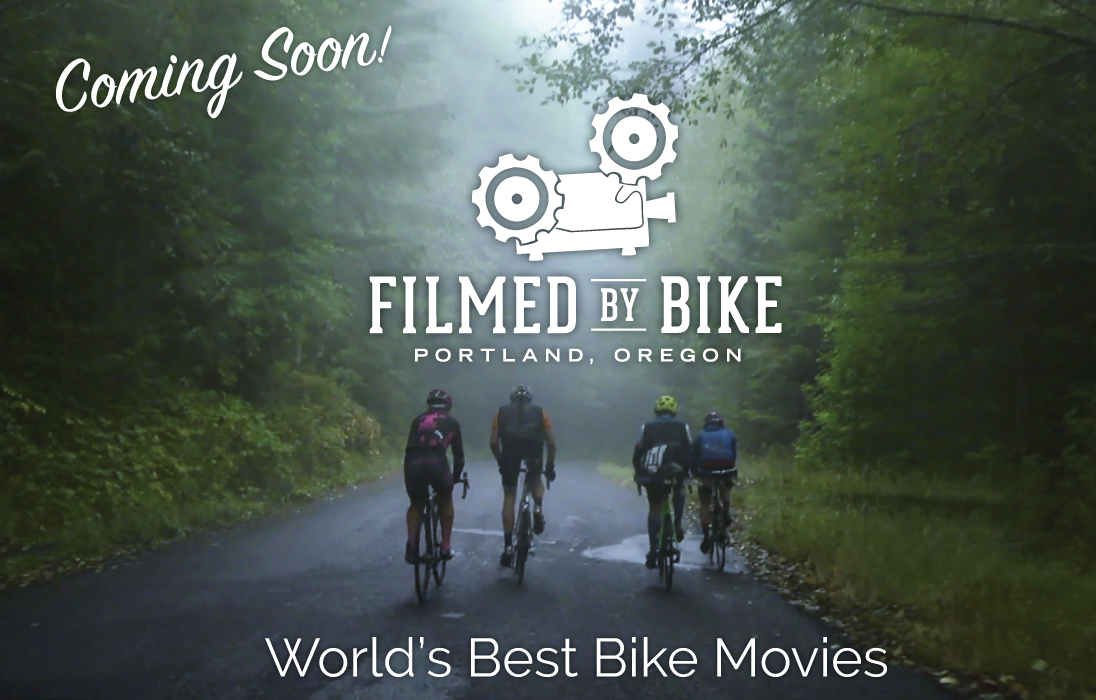 PORTLAND, Oregon (March 1, 2018) – One of Portland’s unique arts and culture events returns to the historic Hollywood Theatre for three days of the world’s best bike movies at the 16th annual Filmed by Bike Film Festival. The annual film festival runs May 4-6, 2018 with unique programming from adventure films to From the Vault, a look back at Filmed by Bike films from the early days. The jury-selected film festival kicks off on opening night with the Base Camp Brewing Street Party across from the Hollywood Theatre followed by two “opening night” film screenings. Each screening will showcase 10-15 films featuring love stories, glorious feats of adventure, animated shorts, documentaries and more.

“This year our film submissions included films that are longer and more thoughtful, “said Festival Director and Founder Ayleen Crotty. “As Filmed by Bike celebrates its 16th year, we continue to be in awe of the creativity, depth and talent from our filmmakers both in our region and around the world.” This year’s juror roster included Chris King, owner of Chris King Precision Components and Barry Braverman, cinematographer with credits including Wes Anderson’s Moonrise Kingdom and The Darjeeling Limited.

Base Camp Brewing Street Party- Friday, May 4, 2018
The Base Camp Brewing Street Party opens the festival on Friday, May 4 from 5:00 p.m. – 10:00 p.m. with a party in the street across from the historic Hollywood Theatre marquee. The free event is all ages and features live entertainment, the Base Camp beer garden, food vendors, a photo booth, live performance art, lawn games and a gigantic bike parking area.