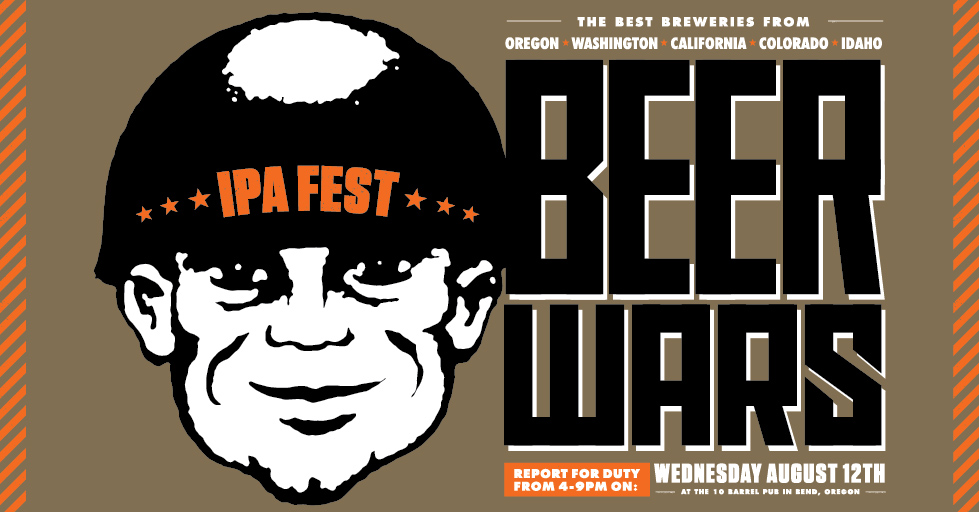 Beer Wars IPA Fest, the unofficial kick off to the Bend Brewfest, returns once again to the 10 Barrel Pub in Bend, Oregon on Wednesday, August 12th.

Come and taste 30 different IPAs from 5 different states. This year 10 Barrel invited the best breweries from Oregon, California, Washington, Colorado and Idaho! Many of these breweries don’t even distribute in Oregon so this is your chance to try these highly coveted breweries best IPAs!

Entry is FREE! Purchase a tasting glass and tasting tokens to try the various IPAs.

Here’s the official lineup of breweries: