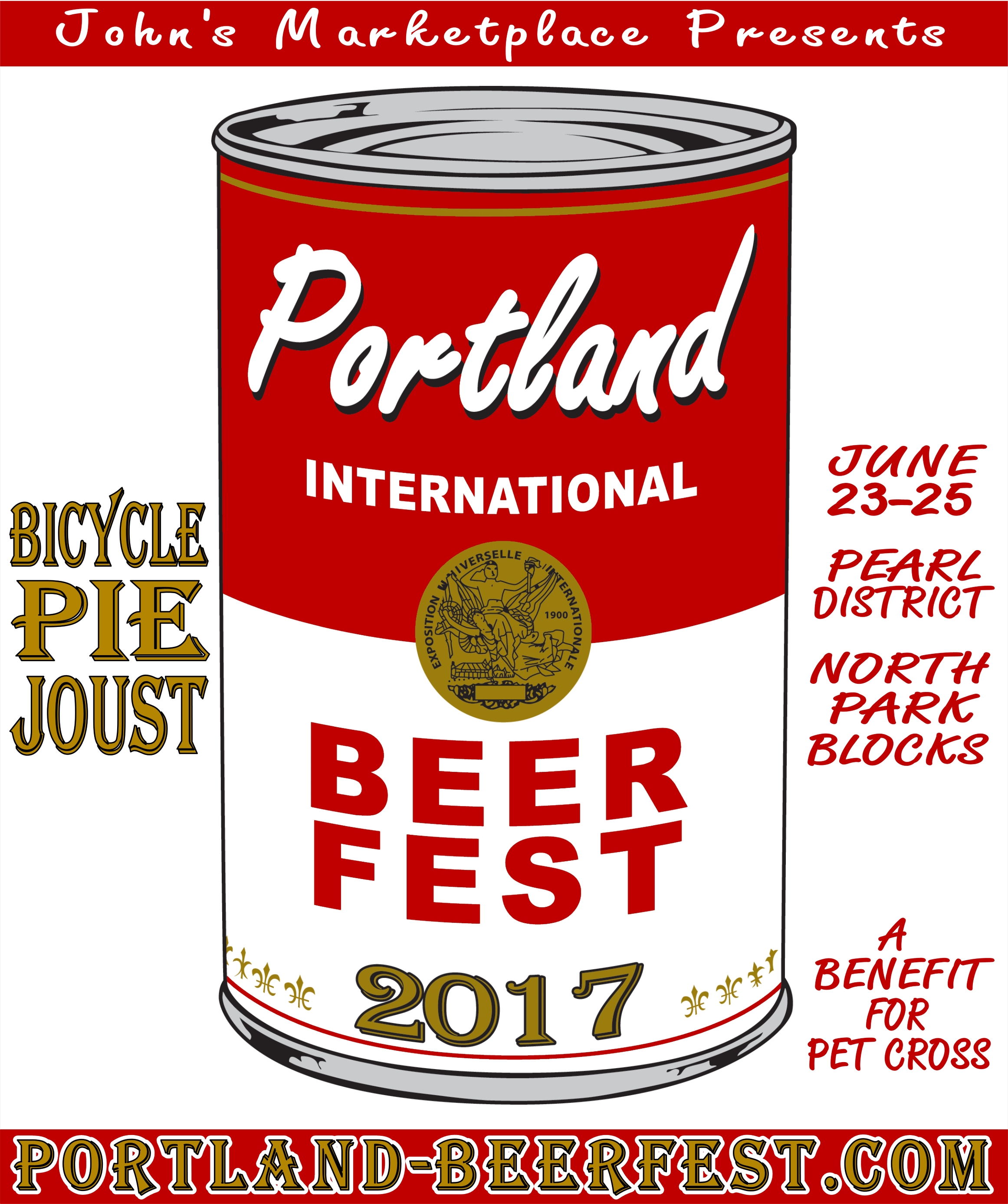 After a three-year run in Northeast Portland at Holladay Park the 2017 Portland International Beerfest (PIB) returns to the Northwest Portland and its North Park Blocks. PIB will take place this coming weekend, Friday, June 23rd through Sunday, June 25th. The three-day festival features regional and imported beer along with Bicycle Pie Joust, cask beer and full pints of Pilsner Urquell.

This now annual beer festival has been on the move the past few years but after a three-year trial run PIB owner Rick Carpenter decided it was time to return to downtown Portland. As for the changes and the festival’s return to the North Park Blocks we recently interviewed Rick about these changes.

Why did you make the move back to the North Park Blocks after abandoning it a few years back for Holladay Park in NE Portland?

Rick Carpenter: We loved Holladay Park. It was a huge risky undertaking to move there in the first place. We thought Portland was ready for it but sadly they are not. Costs were way up in each of the 3 years we were there and attendance was flat. Not down, but flat. We needed up. Portlanders man, so frustrating. So often they don’t put their true support where their mouths are. People said it was a great move, but then didn’t come. I grew up in Parkrose and know all too well about the lower NE side stigma of the Lloyd Center area. But Portlanders are wrong. That park is awesome. Really bummed it didn’t work out. I told myself I’d give it 3 years and that’s what we did. Technically (and ironically) our Pearl set-up will be more expensive (per sf.) but cost less overall. We think it’s worth it and we know how to do it right. Unlike some other festivals we constantly put our money where our mouth is, year after year, investing in things that make our event better for everyone. The time, money, and effort we put into the Holladay Park move is a good case in point. Have faith that we’ll do it right this time too back in the Pearl.

MAJOR improvements:
There are 2 big reasons going back to the Pearl make sense in 2017

As with many beer festivals PIB is a charitable event, how much money have you raised for your charitable causes over the years?

Rick: PIB & SIB have been around for 17 years and combined (each one donates to their local market) and combined we have donated around $300,000 to local animal welfare groups over that time. In addition we have always included our local charities in the events, providing them booths (which we pay for) to promote their causes and take addition on-site donations (see puppy kissing booth at PIB). They do pretty well there also but I don’t know their numbers.

2014 Pie Joust at Sully’s Saloon from Andrius Simutis on Vimeo.

For 2017, PIB has upgraded its website to a more user friendly version with a complete beer list and map for where each beer is pouring along with a description and ticket cost per beer. Beers will range from 1 ticket to 7 tickets per 4-ounce pour. To get a peek of this year’s beers click here. As of this posting the breakdown is as follows.

Entry into PIB is free but to drink there are two different ticket advance ticket packages that are on sale through Friday, June 23rd at 2:00pm.

If purchased at the gate entry is $25.00 and includes 10 Beer Tickets & Portland International Beer Glass. Extra beer tickets are $1.00 each and beers range from 1 ticket to 7 tickets per 4 ounce pour. Free re-entry all weekend when you have the 2017 PIB Glass and wristband. Entry is for those 21 years of age or older. 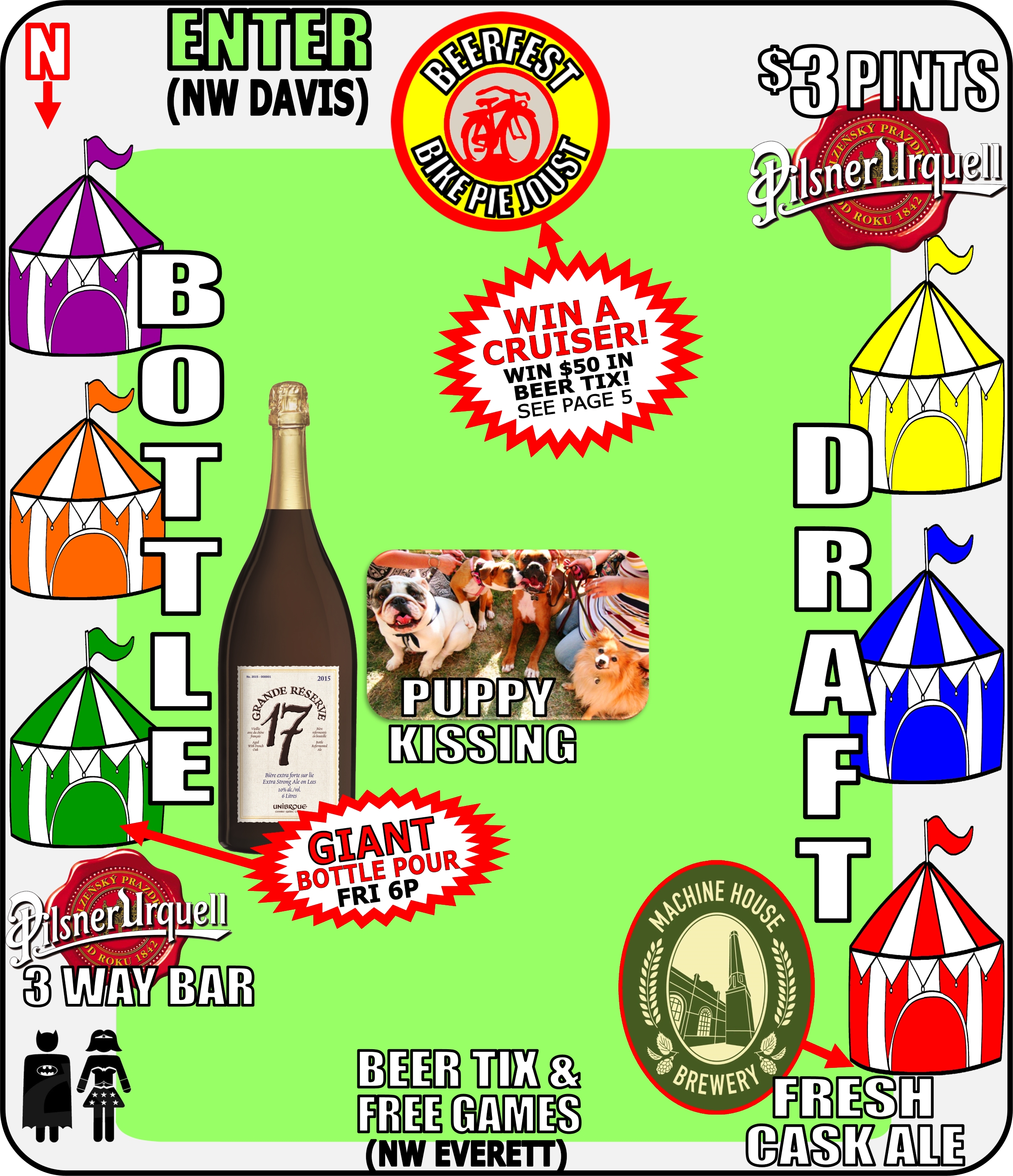