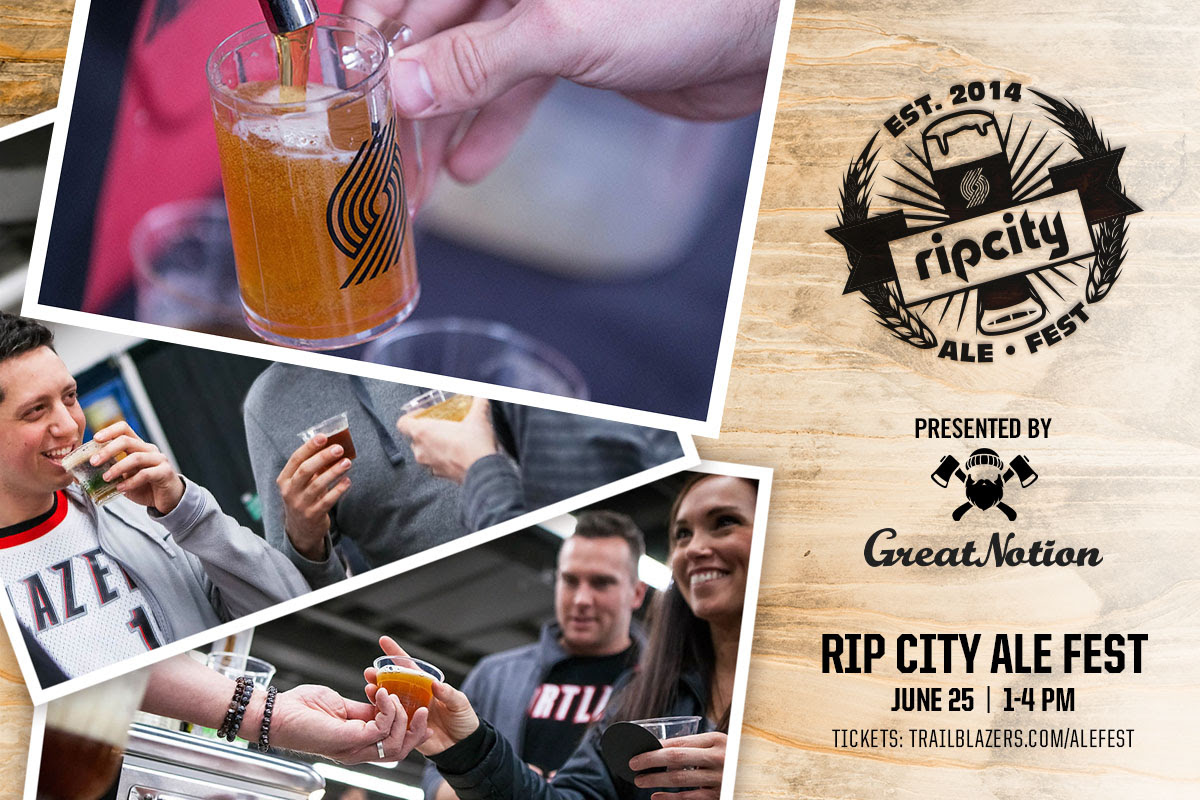 Though the Portland Trail Blazers’ NBA season came to an early close during this past season, the team along with Great Notion Brewing will host the 2022 Rip City Ale Fest later this month.

On Saturday, June 25, the 2022 Rip City Ale Fest will take over the Veterans Memorial Coliseum Commons at the Rose Quarter. This fan-favorite beer tasting will take place from 1:00-4:00pm and will feature over 18 breweries, including a cider maker and a non-alcoholic beer maker. In addition to the beers, there will be food trucks, live music, games and more all taking place outdoors at Portland’s Rose Quarter.

Tickets to the 2022 Rip City Ale Fest are now on sale at $35 each. Each ticket includes a Portland Trail Blazers tasting mug, 8 tasting tickets and a ticket to a 2022-23 Trail Blazers regular season home game! To purchase a ticket, visit: https://www.nba.com/blazers/alefest.