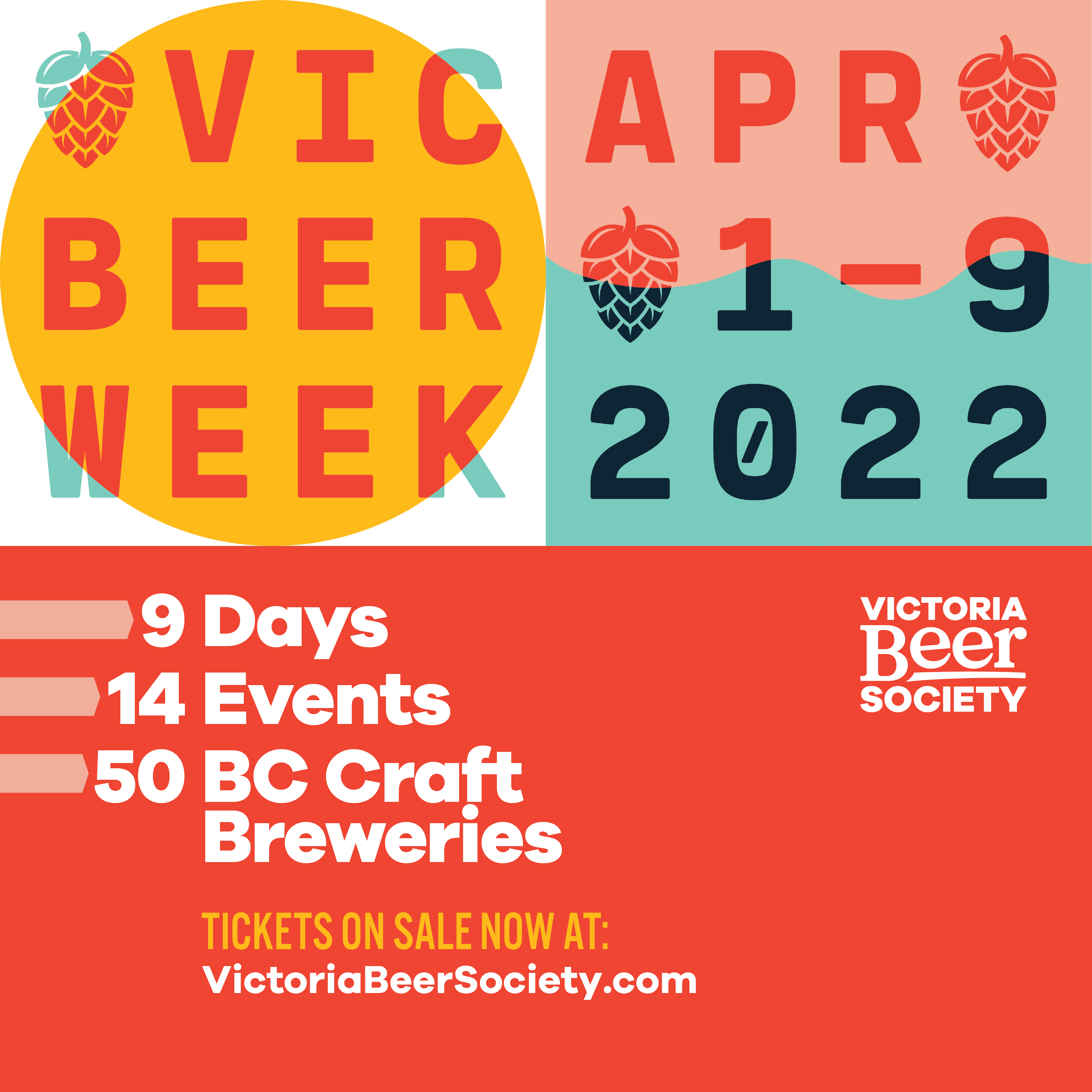 After a slight delay, the 2022 edition of Victoria Beer Week will kick off later this week on Friday, April 1st. The 8th annual festival celebrating Victoria’s craft beer culture returns after a two-year hiatus, featuring a mix of 18 events over 9 days.

This year’s Victoria Beer Week will see a few popular events return along with a few new ones. The week opens with Lift Off! on Friday, April 1st, a special night showcasing 21 brand new beers. And the week closes with Touchdown on April 9th, a new event that features music, games, brewery awards, and the final results of VBW’s inaugural Gnome Quest.

Both Lift Off! and Touchdown will take place at VBW’s new flagship location: the Powerhouse (2110 Store St). Other new events include Dubbel Down at the Victoria Public Market, an event that focuses on Belgian-style beers and inspired cuisine; Pint Sized Stories, a craft beer improv night by Paper Street Theatre and Wes Borg; and Barrels & Casks, a special event merging the worlds of cask- conditioned and barrel-aged beers.

Food and beer lovers can get their fill at Taco the Town; the Brewmasters Dinner, hosted by Driftwood Brewery and the Rock Bay Market; and Beer + Pizza night hosted by Herald Street Brew Works in partnership with Vagabond Pies.

For folks looking to learn more about their favorite beverage, VBW offers a Beer School Program:

What’s Gnome Quest??
New in 2022, Victoria Beer Week’s Gnome Quest is a fun, city-wide scavenger hunt that encourages folks to seek out gnome statues in locations throughout the city. Once you find a gnome, scan the QR code to add that gnome to your dashboard and collect points through VBW’s Gnome Quest app. At VBW events, check in at brewery tables to collect more points. Each time a player finds a gnome or checks in at a brewery, they will be entered to win a pair of VIP tickets to the finale event, Touchdown, where the player with the most points will be declared winner of VBW’s first Gnome Quest. Clues to gnome locations will be released daily on Instagram @vicbeerweek starting on Monday, March 28th.

* Prices do not include GST and ticket service fees

The full Victoria Beer Week schedule and details are available at VictoriaBeerSociety.com.