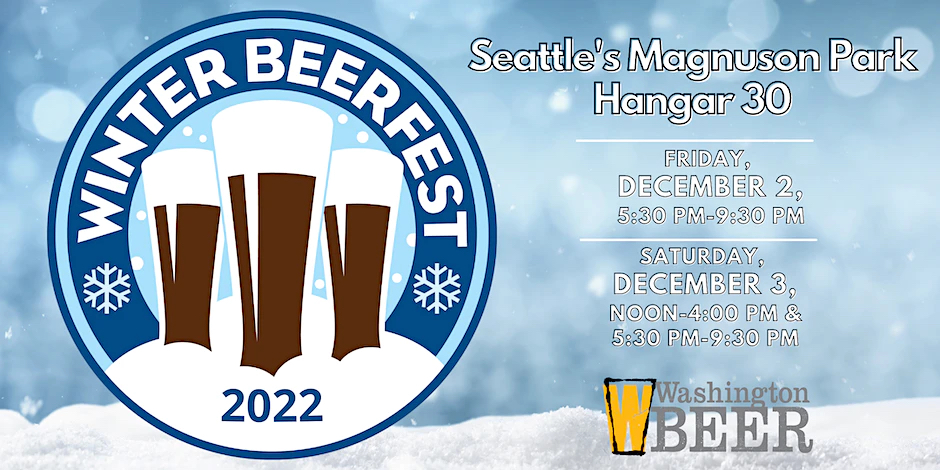 While Portland’s Holiday Ale Festival has been on pause for three years, Washington’s Winter Beer Festival will return once again to Seattle’s Hangar 30 in Magnuson Park from December 1 – 2, 2022.

Hosted by the Washington Beer Commission, the 2022 Winter Beer Festival will bring together over 25 Washington based breweries serving up beers that help usher in the winter season that lies ahead. This will include dark malty stouts, barrel-aged beers, winter warmers, bold IPAs and other unique beers!

Hangar 30 in Magnuson Park in the Sand Point neighborhood of Seattle will be home to the Winter Beer Festival over three sessions. The first session will take place on Friday, December 2 from 5:30-9:30pm. Then the following day, Saturday, December 3, the festival will host two sessions, one from Noon-4:00pm and the other from 5:30=9:30pm.

Admission into the 2022 Winter Beer Festival is $40 in advance and $45 at the door. Entry includes a tasting glass and ten 4oz beer tastes. Designated driver admission is $5 and available at the door only. The festival is only open to those 21 years of age or older. To purchase advance tickets, click here.

In about another month, the complete beer list for the Washington Winter Beer Festival will be made available. Plus at this time, the food truck list will also be announced.