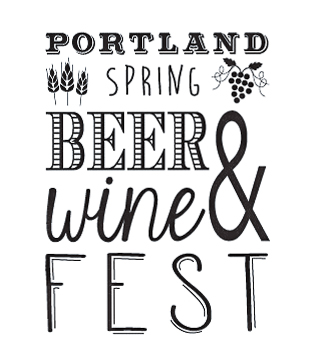 Now in its 21st year, Portland’s Spring Beer & Wine Fest returns this weekend to the Oregon Convention Center. Yes, its that time of year again for beer festival season to kick off and it does so with a fine selection of craft beers, ciders, wines and spirits on Friday, April 3rd & Saturday, April 4th.

Held indoors at the Oregon Convention Center, the Spring Beer & Wine Fest will feature over 30 breweries alongside 7 cideries, 12 wineries, and 10 distilleries. There will also be an assortment of delicious gourmet foods, chocolates & cheeses to sample. Plus, don’t forget to check out the Culinary Stage that will feature industry professionals to assist one into getting to know their favorite libations in a different light. 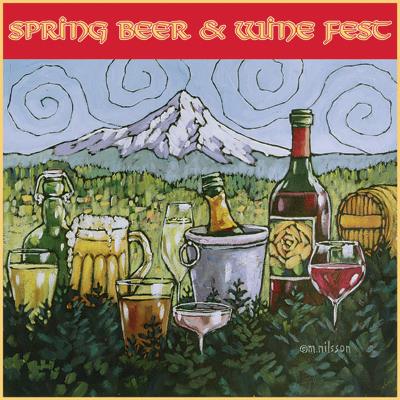 Some of the breweries featured at this year’s Spring Beer & Wine Fest include a few new ones. We are excited to sample beers from Coin Toss Brewing and Ordnance Brewing.

The forthcoming Coin Toss Brewing will be opening in early summer in Oregon City from local radio personality and avid homebrewer, Tim Hohl. He is currently brewing his beers at Coalition Brewing and this will be an excellent opportunity to find out what’s in store for his new brewery. Coin Toss will be featuring Black Hole CDA and George’s Honest Ale. Here are the descriptions for these two beers. 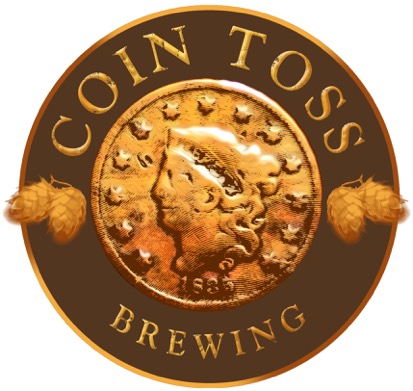 George’s Honest Ale – Our inaugural Heritage Series brew is our interpretation of a beer brewed by George Washington at Mount Vernon. Sweet molasses plays an integral role in this beer, as do Cluster hops and 6-row pale malt. These ingredients closely resemble those used by our Founding Father in the 1700’s. 5.5 % ABV 25 IBU 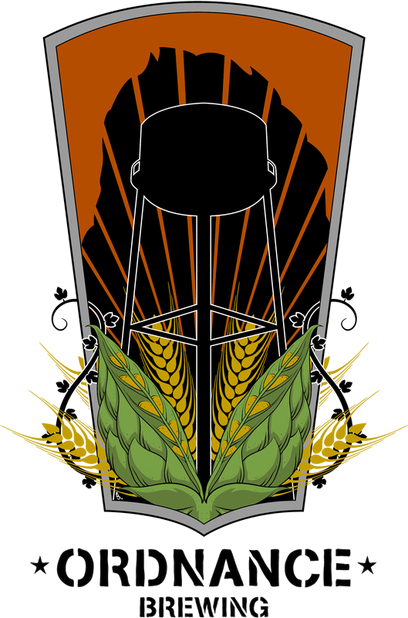 Then from Eastern Oregon comes Ordnance Brewing. This new brewery began its operations late last year at its brewery in Boardman. Originally supplying its beers to its Neighborhood Dudes Tap House locations in Hermiston, Silverton and Wilsonville, it is now selling its beer to other accounts as well. This weekend Ordnance is set to be pouring its RX Pale Ale and Old Craig. Here are the descriptions for the two beers.

RX Pale Ale – Pouring a light straw color, this extra pale ale gets its spicy flavor from a healthy dose of rye malt. The rye spice combines nicely with a Citra and Mosaic nose to bring you a beer that is just what the doctor ordered. 5.6% ABV 34 IBU

Old Craig – This old style ale is brewed with the addition of brown sugar, which gives it a nice candy-like flavor, as well as the ability to warm your belly. A light hop character combines well with natural fruity notes to make this beer a special treat. 8.7% ABV 41 IBU

Having been rarely on tap here in Portland this too is a great way to try its offerings at the fest.

Below is the list of breweries, cideries, wineries and distilleries pouring at the 2015 Spring Beer & Wine Fest. 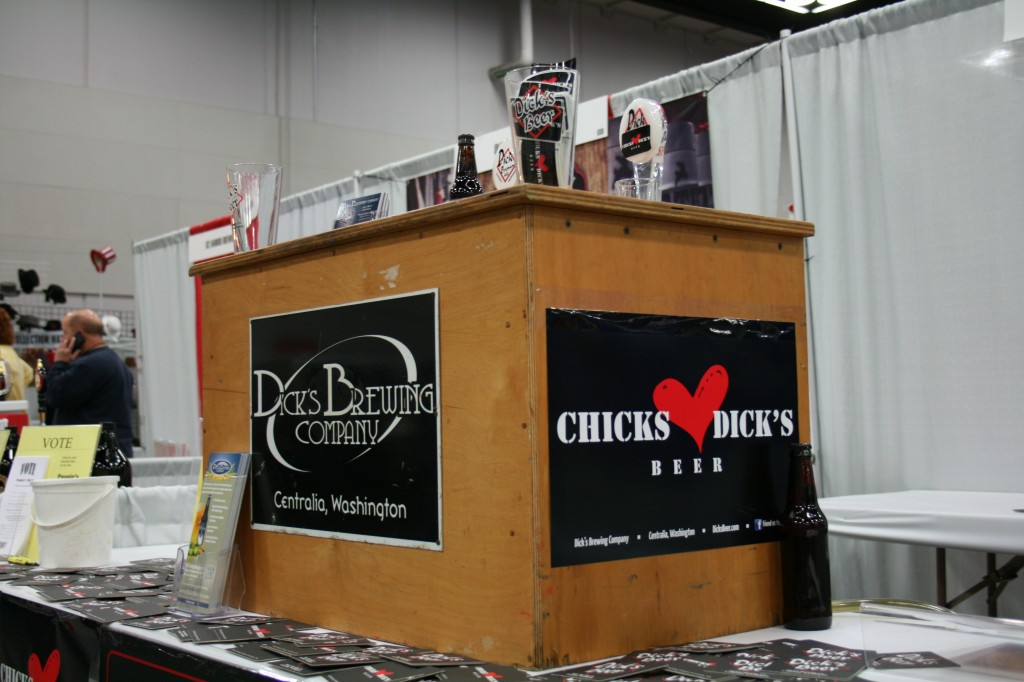 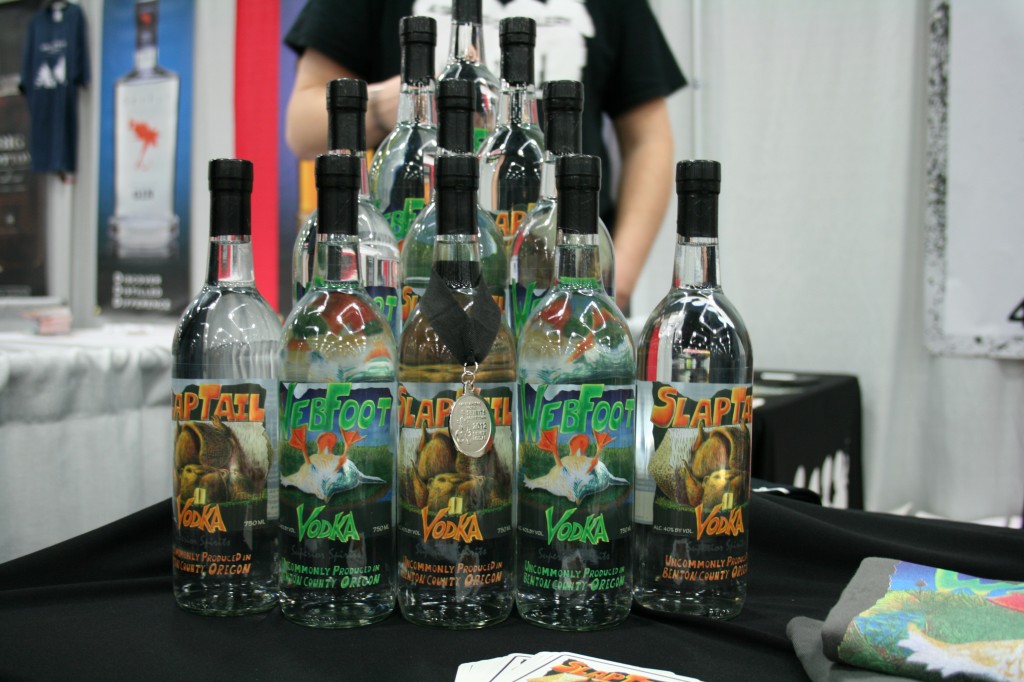 The Culinary Stage Schedule for the 2015 Portland Spring Beer and Wine Fest returns with a robust lineup of speakers. Make sure to get a seat early and come prepared to learn from some of the best in the industry.

Friday Schedule
1:00 PM Portland Beer Festival Panel
Portland is home to many wonderful beer festivals and during this panel you will have the chance to both learn about many of them and hear from the people who help make the magic happen at these festivals! 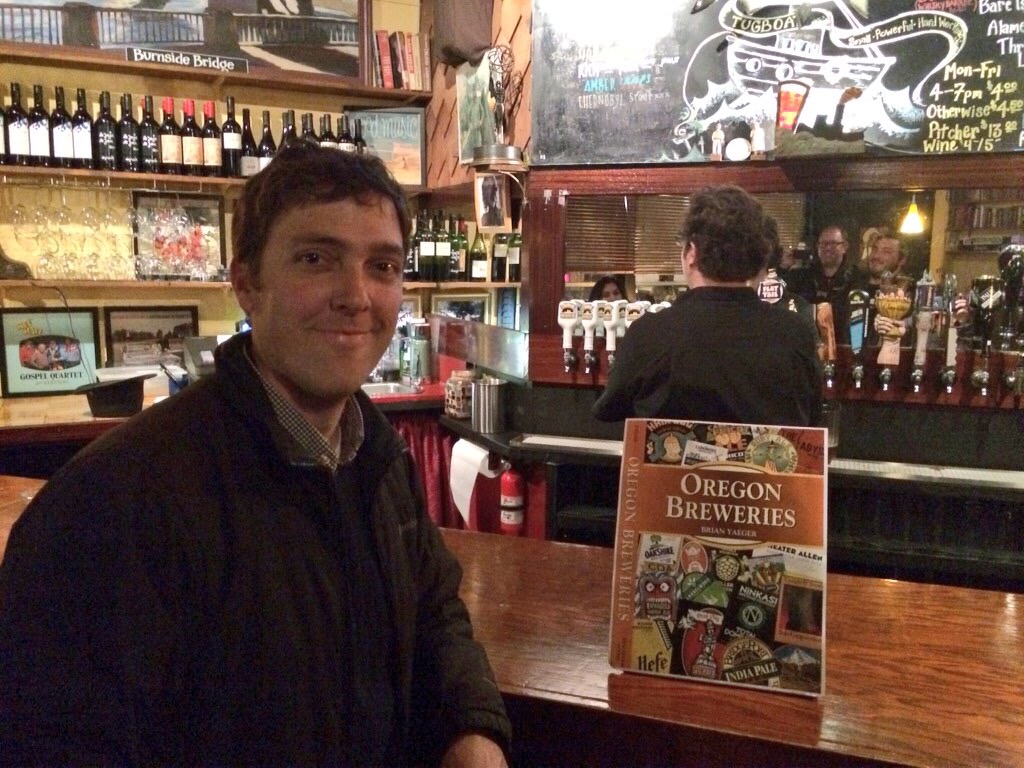 2:00 PM Author Brian Yaeger
Brian Yeager is the Author of the new book Oregon Breweries. Brian will be talking with us about his wonderful book and sharing some of the entertaining beer stories that he picked up along the way as he personally visited more than 200 Oregon breweries in the process of researching and writing his book.

3:00 PM Author Jacob Grier
Jacob Grier is the Author of Cocktails on Tap: The Art of Mixing Spirits and Beer. Jacob will let us in on the history of “beer cocktails” and he will mix a few beer cocktails for us right on stage! Following this presentation you will want to go out and get his beautifully illustrated book, which has a number of terrific beer cocktail recipes.

5:00 PM Christopher Leach Charcutier and Salumist
Chris is the founder of The Beautiful Pig and Christopher makes artisanal salami and dry cured meats that are simply exquisite! You don’t want to miss this presentation!The samples handed out during this session are scrumptious!

6:00 PM Oregon Brewer’s Panel
During this panel you will get to hear from the people who make the beer magic happen at Coin Toss Brewing, Culmination Brewing, StormBreaker Brewing, and Wild Ride Brewing. If you like beer, you will want to be here for this panel! Did I mention the samples of beer that are passed out during this presentation? Yeah baby!

Saturday Schedule
1:00 PM John Olson Founder of TeSóAria Vineyard & Winery
TeSóAria is a fantastic winery located in Roseburg, Oregon and they also have a wine bar here in Portland. John Olson makes stellar wine and he is a very entertaining individual. If you like wine, you will want to attend this session and hear John’s story. If you are a fan of craft beer, you will want to come find out why John says “that man in the kilt holding a beer – needs to know about wine.” Did I mention the samples of TeSóAria wine that are passed out during this presentation? That’s what I am talking about!

4:00 PM Christopher Leach Charcutier and Salumist
Chris is the founder of The Beautiful Pig and Christopher makes artisanal salami and dry cured meats that are simply exquisite! You don’t want to miss this presentation!The samples handed out during this session are scrumptious!

5:00 PM Oregon Wine Panel
We are blessed with an abundance of great wine here in Oregon! During this session you will get to hear from 4 Oregon wineries — Buddha Kat Winery, Cooper Ridge Vineyards, Hood Crest Winery, and Stone Griffon Vineyard.

6:00 PM Jeff Shepherd – Spirits and Chocolate Pairings
Jeff Shepherd is the founder of Lillie Belle Farms and they specialize in artisan chocolates! Jeff’s passion for gourmet chocolates is palpable. He relates to chocolate the way a gifted jazz artist relates to music. Jeff will be telling some of the Lille Belle Farms’ story and sharing some amazing spirits and chocolate pairings with us.This is a great way to close out the 2015 Portland Spring Beer and Wine Fest Culinary Stage! This is one of Steve Woolard’s favorite sessions! 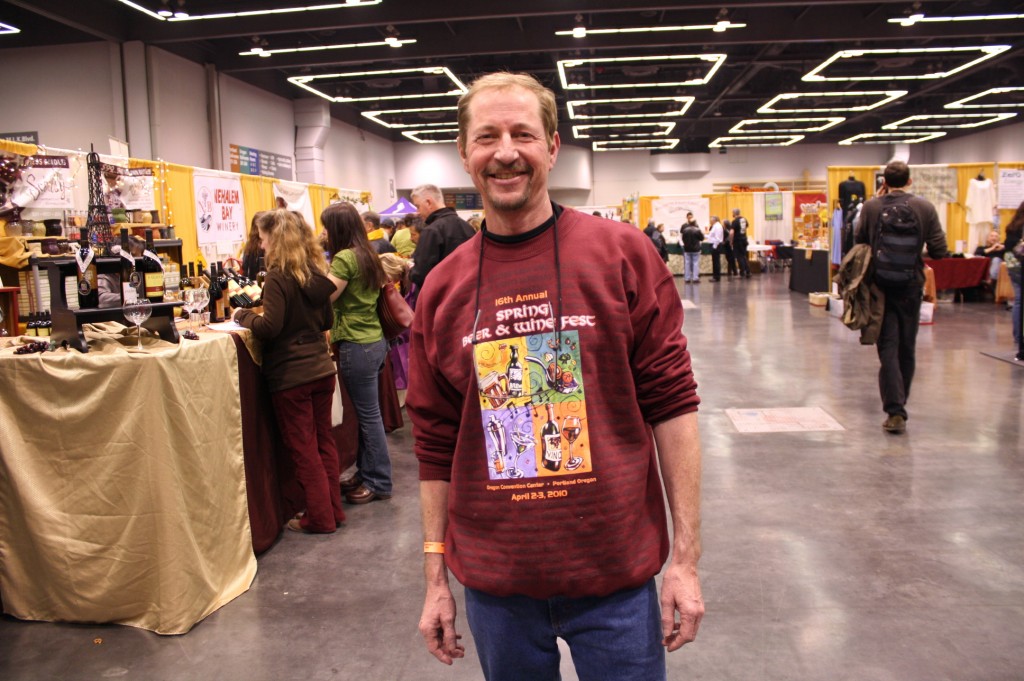 Friday
Stump City Soul
Time: 8pm – 10pm
Stump City Soul is a collection of life-long musicians from the Pacific Northwest with a passion for the solid gold hits of the 1960’s and 70’s. Stump City delivers high-energy dance tunes guaranteed to energize audiences of all ages.

The Rolling Tones
Time: 8pm – 10pm
“Get ready for Mick and the boys as this hot Rolling Stones cover band will get you up dancing!”

Entry to the Spring Beer & Wine Fest begins at $8.00 and on Friday the first 500 get free admission. Tokens are priced at $1 each and are needed to enjoy beer or wine. There are also a few different ticket package options for either one day or two days. These packages begin at $23.00 and can be purchased here.

Purchasing in advance will allow for express entry with no waiting in line, a tasting glass, and $2.00 off parking at the Oregon Convention Center.

Festival hours are Friday & Saturday from Noon to 10:00pm. The Spring Beer & Wine Fest encourages responsible consumption. Minors accompanied by an adult are permitted until 9:00pm each day. Children 12 & under are free.