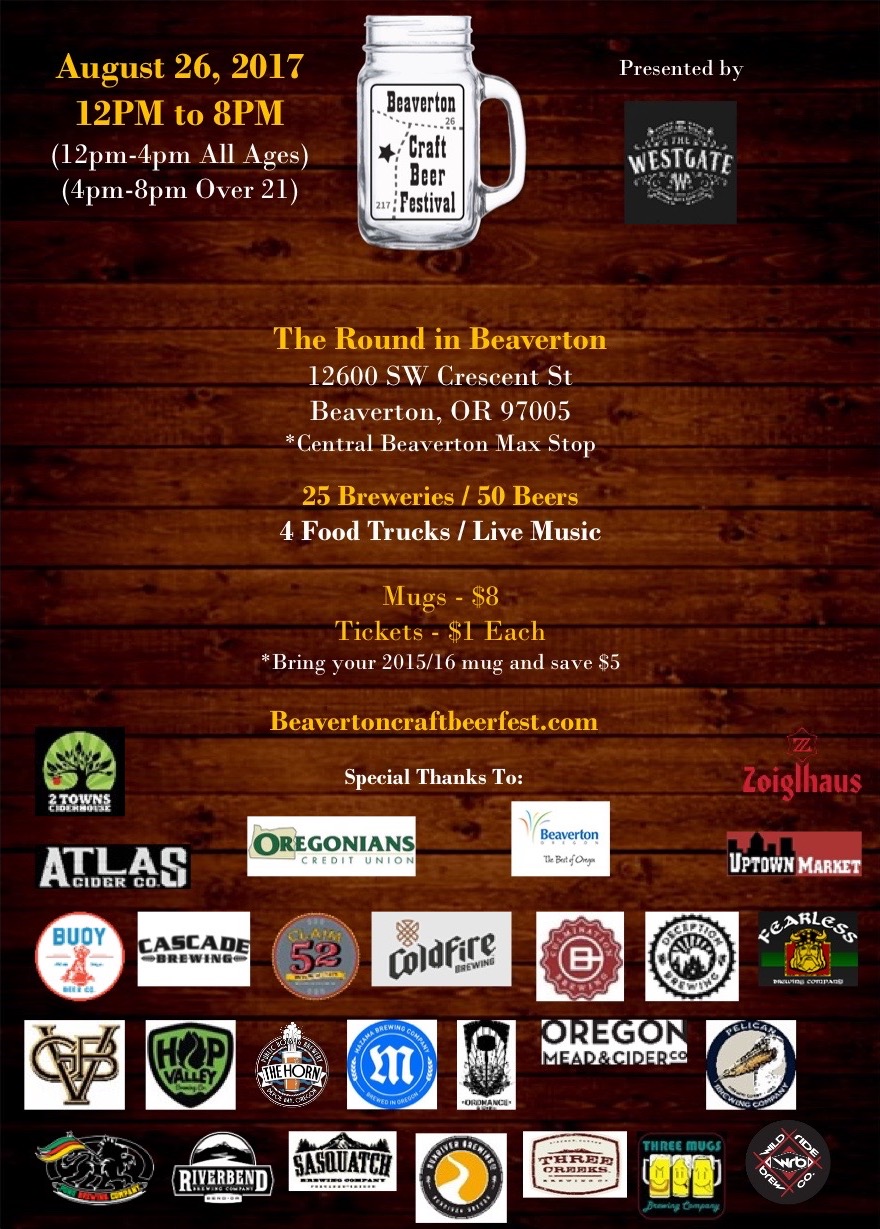 Returning to The Round in Beaverton this Saturday, August 26th is the 3rd annual Beaverton Craft Beer Festival. This annual celebration in Portland’s neighbor to the west, Beaverton will feature nearly 50 beers and ciders from some of the regions favorite breweries and cideries.

The 2017 Beaverton Craft Beer Festival will take in the very accessible The Round from Noon-8:00pm on Saturday. All ages are welcome until 4:00pm. There will also be food carts and live music.

Entry to the Beaverton Craft Beer Festival requires the official mug that will cost $8.00. If you have a previous year’s BCBF mug you can re-use it and save $5.00 of the entry. Beer and cider tasting tickets are $1.00 each. Plus $1.00 of every festival mug sold will benefit the Chelsea Hicks Foundation!

Arrive to the Beaverton Craft Beer Festival by taking the Max to the Central Beaverton Max stop.