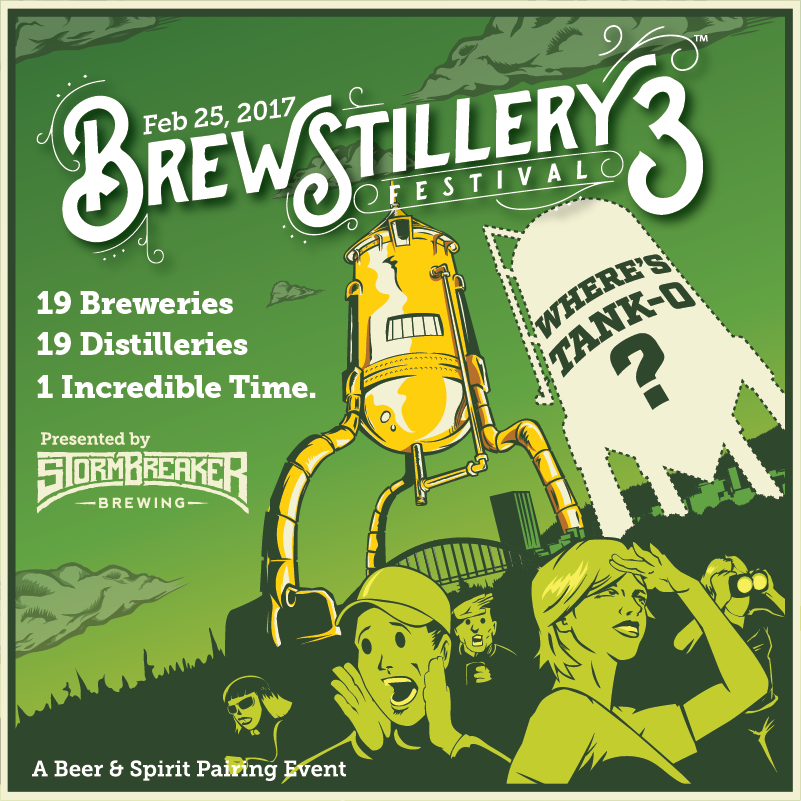 Once again StormBreaker will be expanding this festival outside of its property on Mississippi Avenue in North Portland to include half of Beech Street to allow for more space for all of the pairings. Speaking of pairings, from the 19 participating Oregon breweries and distilleries there will be a total of 21 pairings. The host brewery along with pFriem Family Brewers has two pairings each with a different beer and spirit. When it comes to the pairings, “In general it will be 2 tickets per pairing,” states Dan Malech of StormBreaker Brewing. 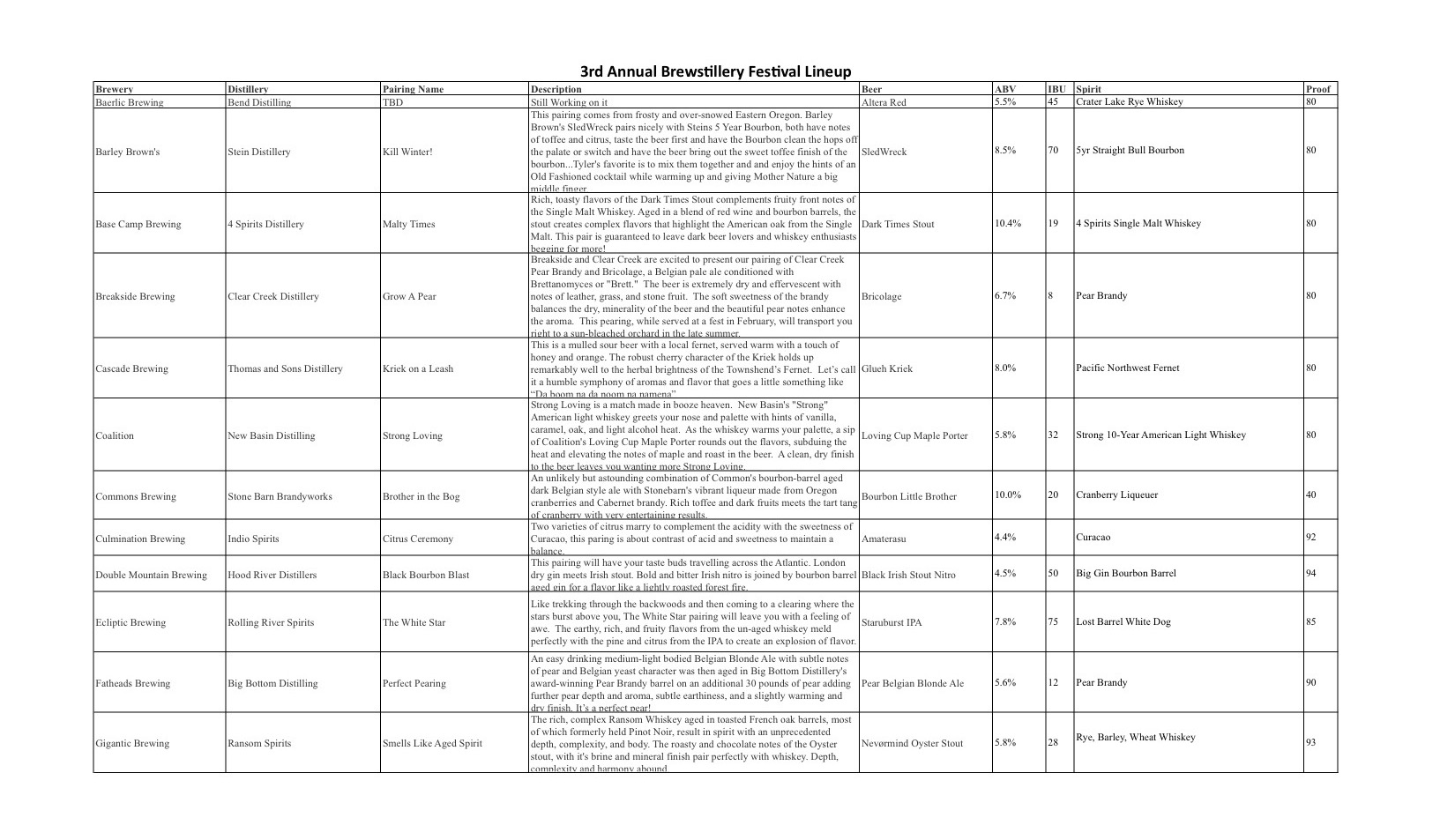 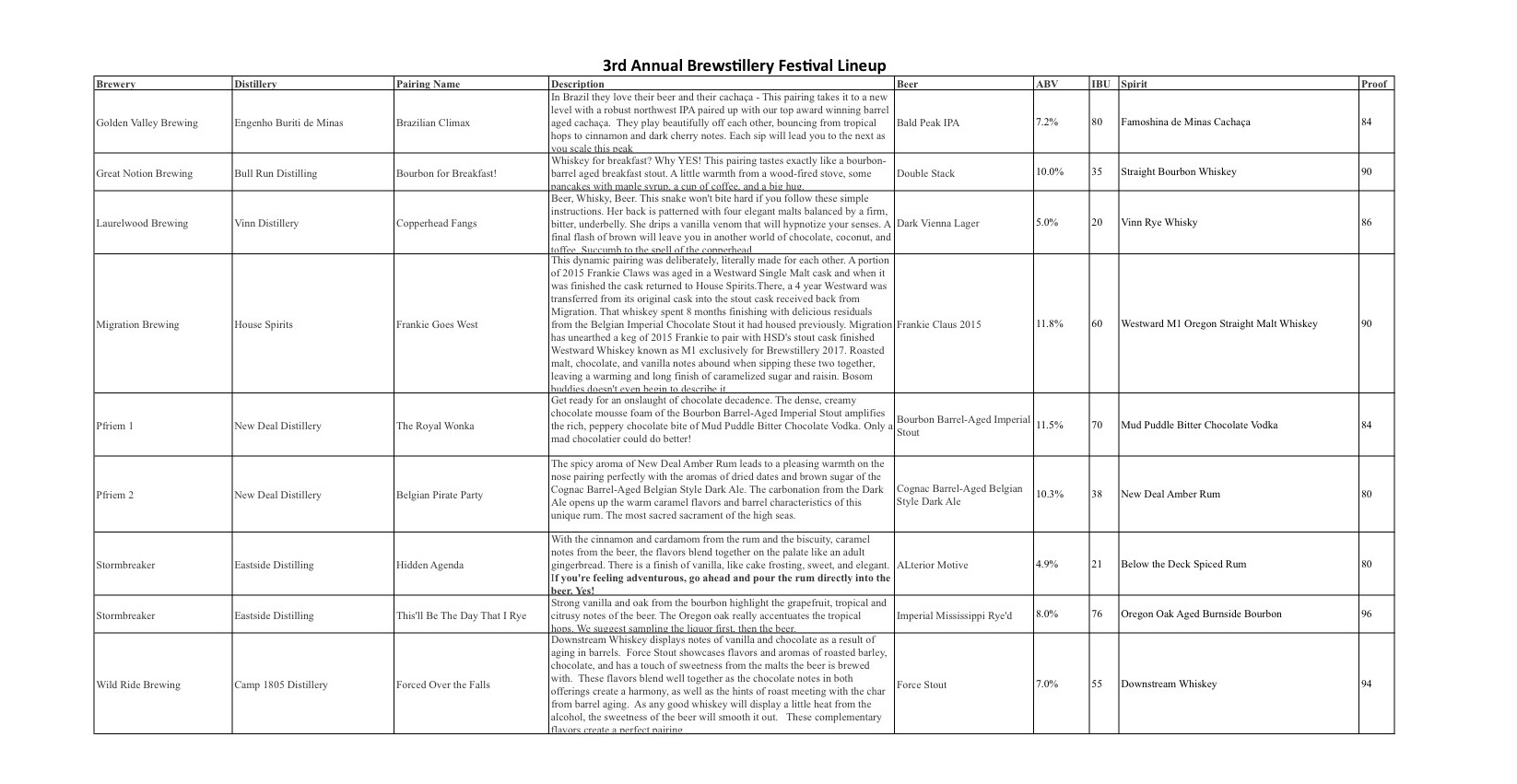 At a recent Brewstillery Festival preview we sampled a few of the pairings that will be pouring on Saturday. One of our two favorites was the pairing from Golden Valley and 3G Spirits/Engenho Buriti de Minas with Brazilian Climax. The Brazilian Climax pairing features Golden Valley’s Bald Peak IPA paired with Famoshina de Minas Cachaça that is imported by 3G Spirits. Cachaca is the National spirit of Brazil. Cachaca ferments within 24 hours and is a very light spirit that packs a punch at 84 proof that offers up some unique flavors of cinnamon that uniquely pairs well with the IPA from Golden Valley.

The other pairing we enjoyed came from Great Notion and Bull Run with Bourbon for Breakfast!. This pairing combines Great Notion’s Double Stack Bourbon Barrel Aged Breakfast Stout and Bull Run’s Straight Bourbon Whiskey. Double Stack offers up some enticing maple flavors that pairs quite well with the vanilla flavors from the bourbon. For those that are looking forward to seeing bottles of Double Stack, “The beer will be released in bottles soon,” stated Paul Reiter from Great Notion Brewing.

Once again there will be live music during this year’s Brewstillery Festival. The Whiskey Achievers will open the festival from 12:30–2:30 and will be followed by Pagan Jug Band from 3:00–6:00 and Folk Inception will close out from 6:00–8:00.