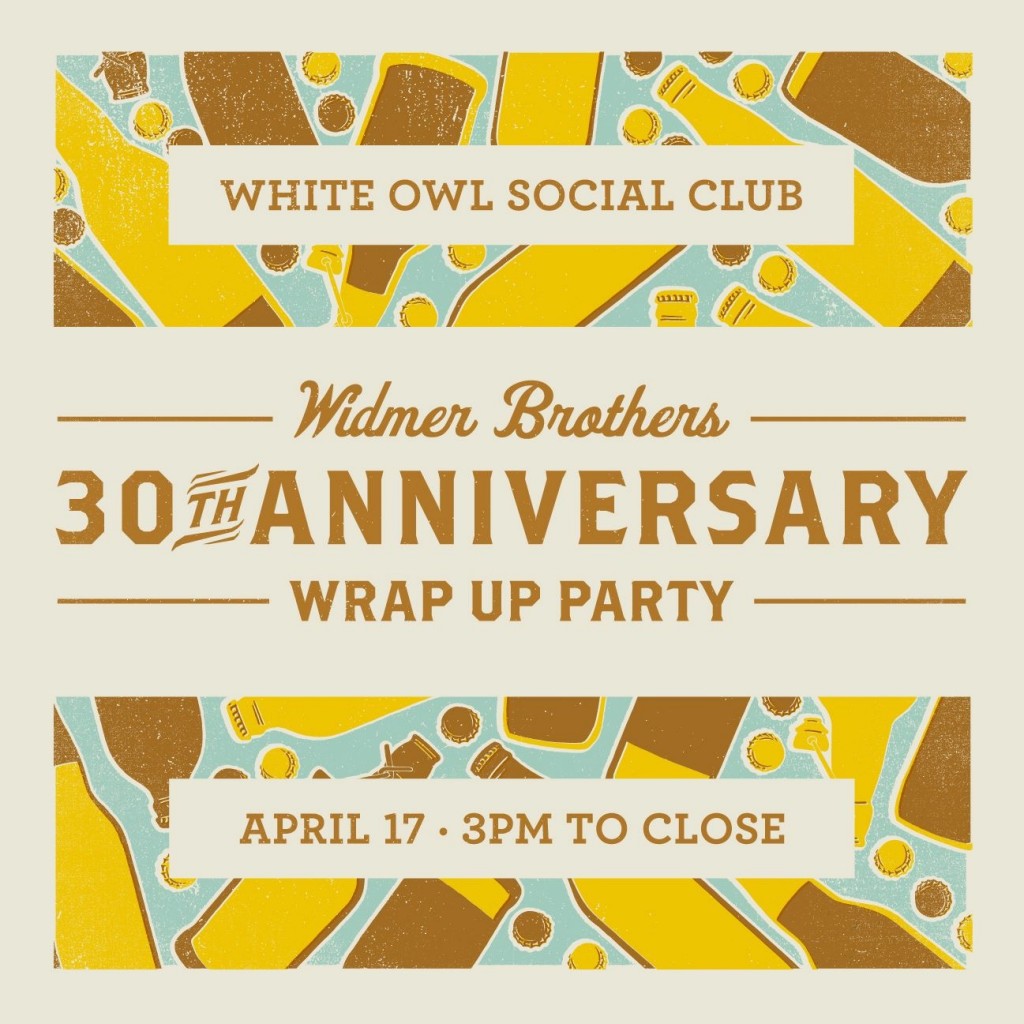 Widmer Brothers Brewing will be closing out its 30th Anniversary year and the most ambitious beer series in the known universe, 30 Beers For 30 Years, with a bang. To close out the 2015 Craft Brewers Conference here in Portland on Friday, April 17th, Widmer Brothers will be hosting a tap takeover featuring some of the 30th Anniversary brews, along with some special releases, as well as a full roundup of all the unique art from an amazing group of local artists. This will take place at White Owl Social Club beginning at 3:00pm and going all the way til close.

If you’re not sure what Widmer’s 30 Beers for 30 Years Series is all about here is more info from Widmer’s website.

The 30 Beers for 30 Years Series is a unique celebration of our 30th Anniversary. Beginning in April of 2014, the month Widmer Brothers was founded in 1984, we will brew and release 30 small batch beers, each brewed to commemorate a specific year and beer in the brewery’s 30-year history. These beers are some of the most memorable, innovative or otherwise important beers in the brewery’s history and will be released through April 2015.

The 30 Beers for 30 Years project is our way to tell the story of our brewery’s 30-year history. We had a lot of fun choosing the most memorable beers to represent each of the last 30 years, and we’re excited to bring back some old favorites and long-forgotten releases for this series. The project is pretty ambitious, but we’re looking forward to sharing the history of the brewery in the best way we know how – with beer.

We’ve also tapped some of Portland’s best creative talent for the 30 Beers for 30 Years label designs. Thirty different local artists and designers will design label art for the beers in this series based on their interpretations of the beer, making for a unique look at the past 30 years of Widmer Brothers Brewing. Their artwork and information about each beer will be revealed here as each beer is released throughout the year. Prost, to 30 Beers for 30 Years!