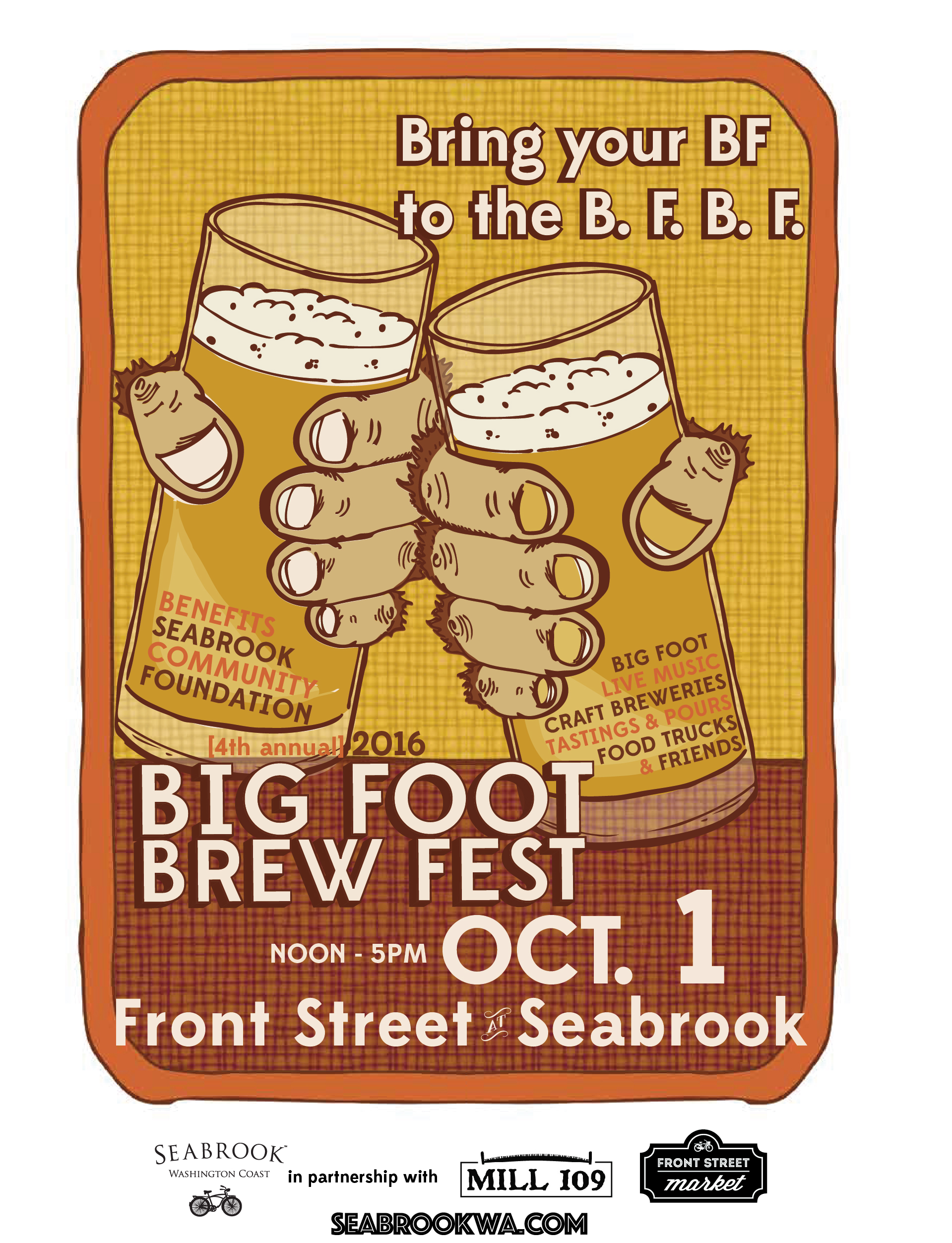 Out on the Washington Coast just south of Pacific Beach the small community of Seabrook will host its 4th Annual Big Foot Brew Fest on Saturday, October 1st. The annual fest is a benefit for Seabrook Community Foundation that grants money to various Grays Harbor non-profit organizations and scholarships using 1% of all home sales in Seabrook.

Taking place from Noon to 5:00pm, Big Foot Brew Fest will be pouring beers from the following breweries.

But that’s not all, as Dan “The Hopfather” Culver will be bringing some special beers that will surely delight any fan of craft beer.

There will also be live music from Vaughn Johannes, The Siren & the Assassin, and Alarm 58. Food trucks and vendors include Frontagers Pizza, Gigi’s Food Truck, Dog Masters, The Jerky Gal, and SasQrunch.

Entry into the fest is free and there will be special glassware, t-shirts and packages available at beer garden entrance where tickets for tastings and pours will be sold. Even Big Foot himself will join the festivities on Front Street. Kids are welcome to join in the beer garden area behind Mill 109 Restaurant and Pub.