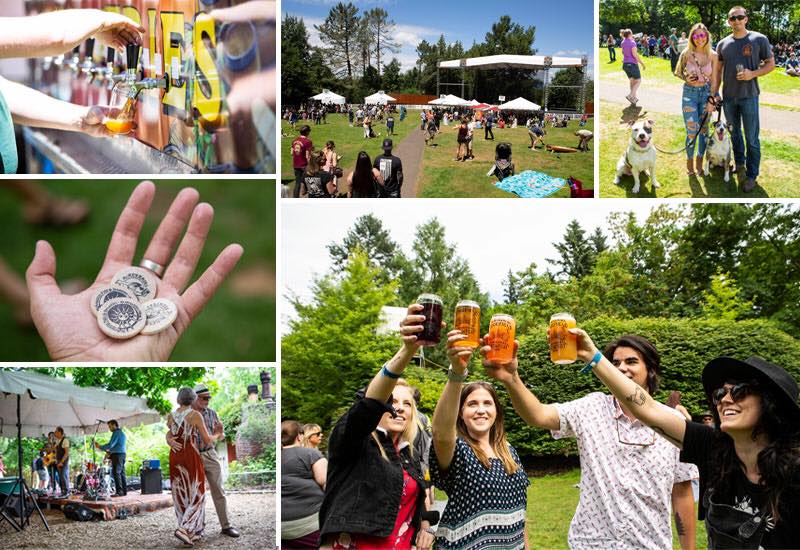 Craft beer and cider will take over the Edgefield Concerts lawn on Saturday, May 21st as the 4th Annual Edgefield Brewfest returns to McMenamins Edgefield. Located just 15 minutes from Portland in Troutdale, Oregon, 80 breweries and cideries from across Oregon and Washington will be serving its crafted beverages from 1:00 – 7:00pm.

In years past, this festival has offered an excellent setting for an afternoon of craft beverages and checking out the historic McMenamins’ property. The Edgefield Brewfest is open to all ages, including well behaved dogs, but one must be of legal drinking age to imbibe.

Advance tickets to the 2022 edition of  the Edgefield Brewfest are currently on-sale at $30 each ($33 after fees) and includes 10 tokens and a souvenir Edgefield tasting glass. Tokens can be used for food purchases, as well as beer and cider tastes. Kids are welcome at $5 each and includes a soda token. A ticket is required to enter the Brewfest grounds. To purchase tickets, click here.

There will be two bands playing at this year’s Edgefield Brewfest. The High Deductibles will take the stage at 1:00pm and will be followed by Fortunate Gold, a tribute to Creedence Clearwater Revival and Neil Young, at 4:00pm. Gates open at Noon, with beers being tapped an hour later at 1:00pm.