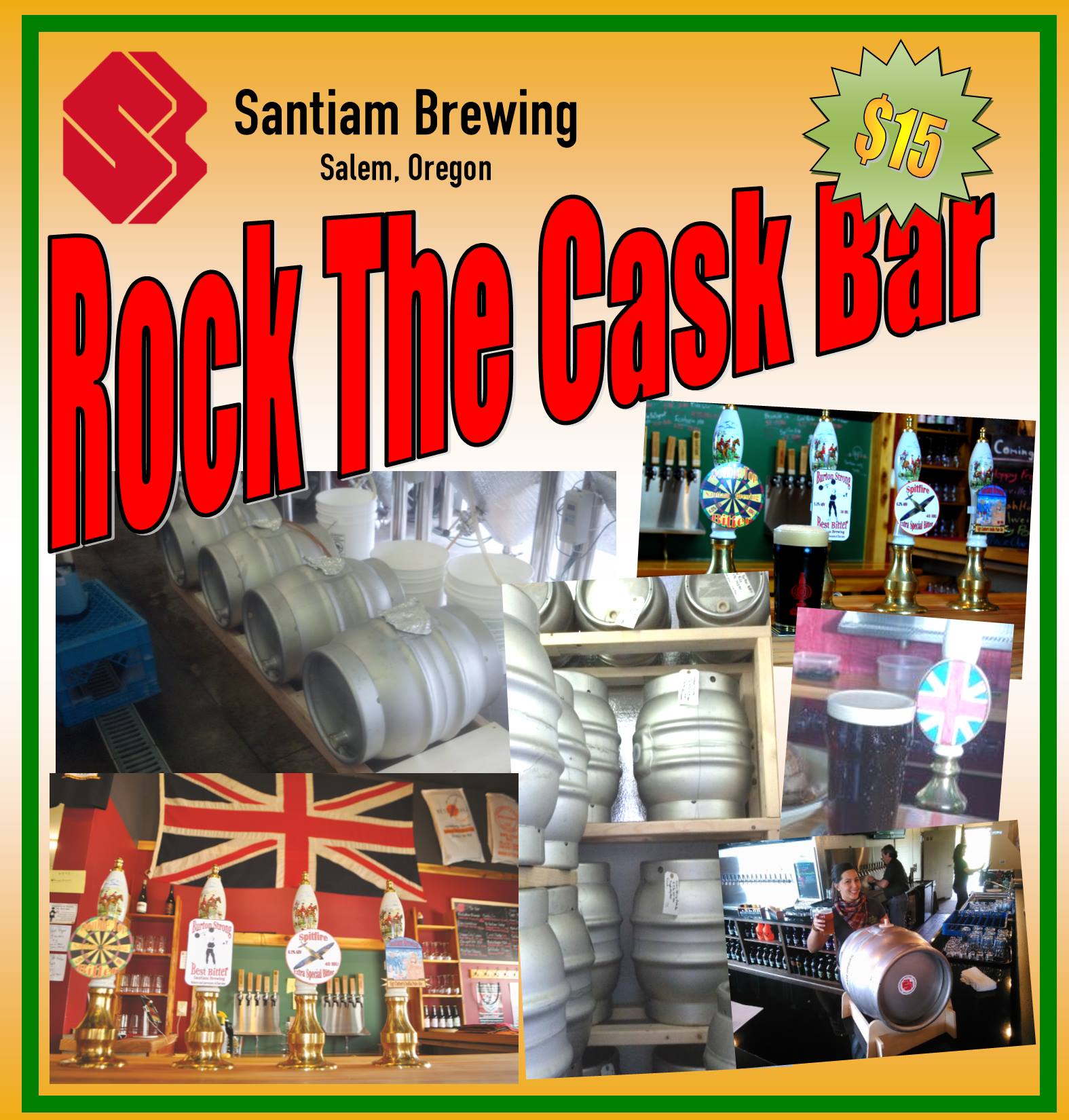 Advance tickets are now on sale in the Santiam Brewing Tasting Room and online here. Ticket prices are $15.00 in advance or $20.00 at the door. After 10:00pm the night of the event growler fills from the gravity poured casks are only $5.00 each.