One year ago 54° 40’ Brewing Co. opened its doors in Washougal, Washington. To celebrate this milestone, the brewery is hosting its 1st Anniversary Celebration on Saturday, October 22nd at its brewery located in the Port of Camas-Washougal. The event is open to all ages and will take place from Noon until 10:00pm.

For the daylong festivities, Founder and Brewmaster Bolt Minister is planning a full day of activities and wants to thank the local community for how welcoming they all were during the brewery’s first year. Minister and his Assistant Brewer, Joshua “Badger” Bitter will lead brewery tours throughout the day. The two are also excited for the special beer releases for the anniversary. The taplist will feature a bar-top firkin of Red Panda IRA, a new tart pear ale called A Pear to Remember, and its third and final fresh hop release of the year Liberty INXS IPL. 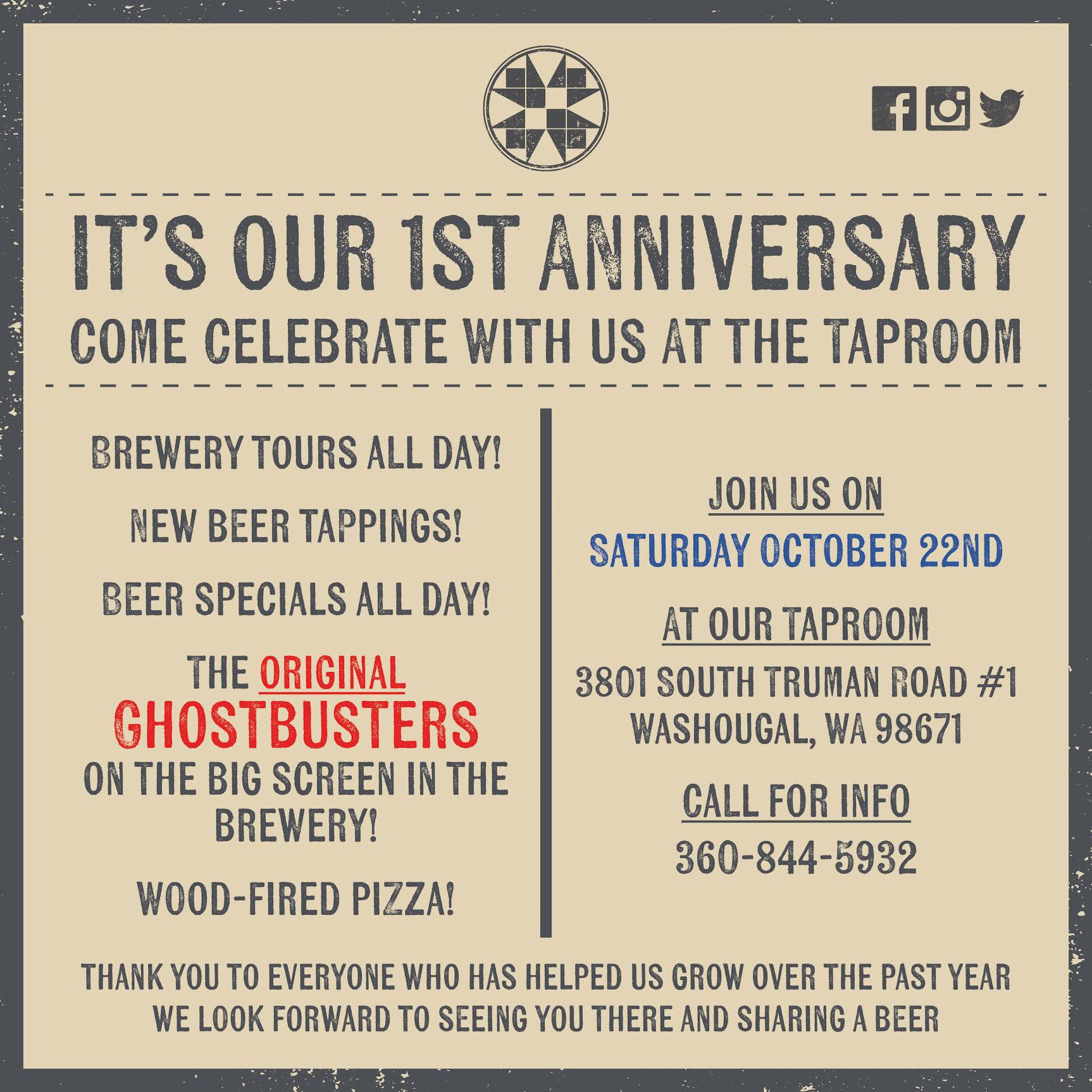 “I can’t say enough good things about the people and the community that got us off the ground and have continued to support us all year long. I’m really looking forward to having a pint and saying thank you to all the folks that swing in,” stated Minister in a release.

The brewery space will be open to the public all day with brewery tours starting at the top of each hour. Multiple cornhole boards will be set-up in the production area for everyone to play as well. Maybe even a tournament will break out.

The fun will culminate in a screening of the original Ghostbusters in brewery on what Bolt has called a “ridiculously large” screen he painted on the brewery wall himself. The movie starts at 6:00pm and popcorn will be provided free of charge. There will also be wood-fired pizza provided by Firebox Foods throughout the day.