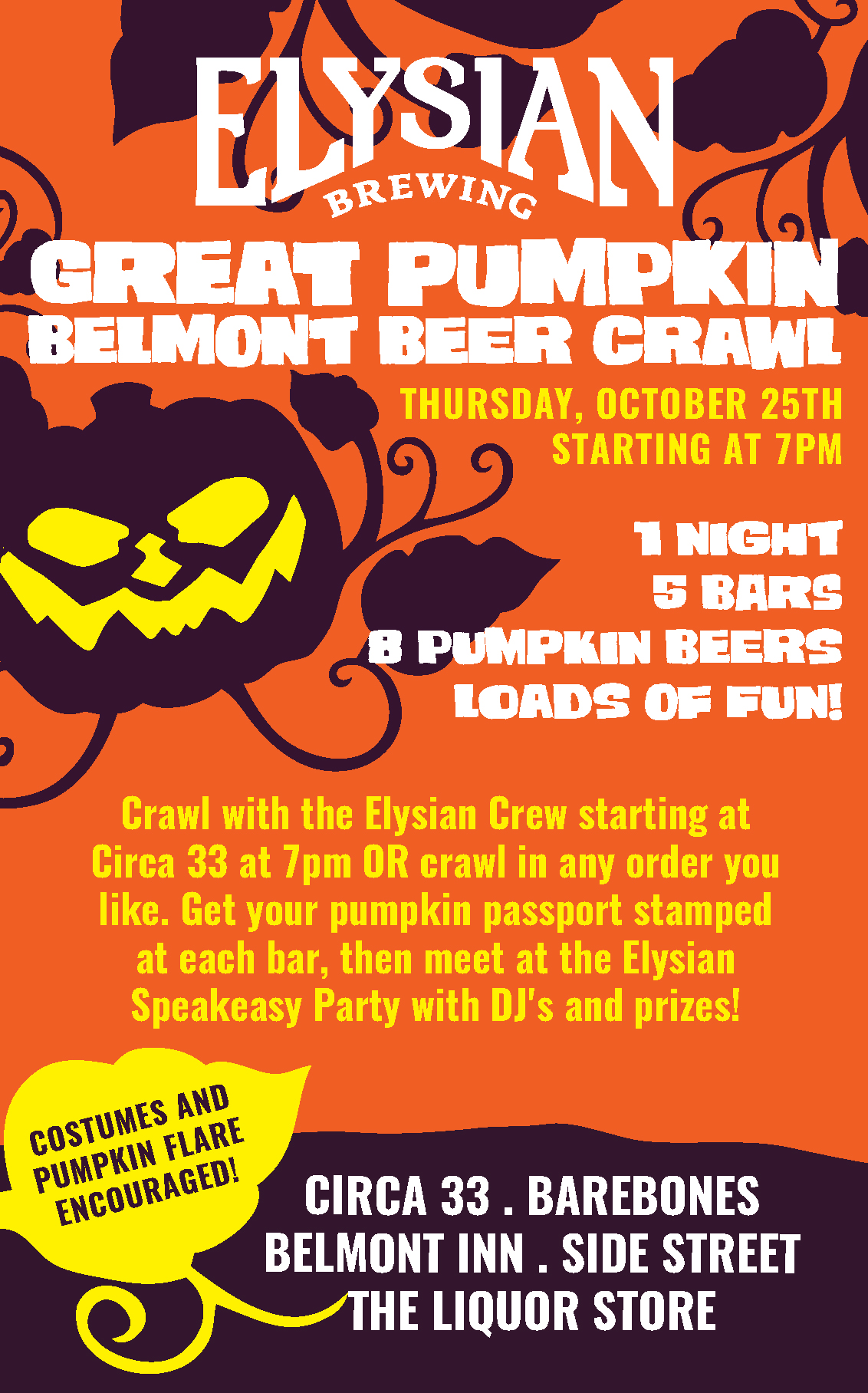 This annual tradition led by David Chappell from Elysian Brewing takes crawlers to multiple stops along SE Belmont in Portland. Beginning at 7:00pm at Circa 33 (3348 SE Belmont Street), crawlers will venture between five different nearby bars to sample from eight different Elysian brewed pumpkin beers.

When it comes to the featured lineup of beers, its pumpkin beers that will take the forefront. The Gourdfather Pumpkin Barleywine, Old Fashioned, Black Galleons Chocolate Pumpkin Imperial Stout and Goblin Party Pumpkin Milkshake IPA are a few of the rare, one time Portland offerings that are only available during Thursday’s crawl. And if pumpkin beers are not your thing there will be more standard variety beer available as well.

The crawl is free to join and costumes are encouraged! Just pick up your pumpkin passport at any of the bars and get to drinking and crawling. Different pumpkin beers will be on tap at each bar. In addition to the beer there will be music by the Vinylogy DJ crew and prizes.