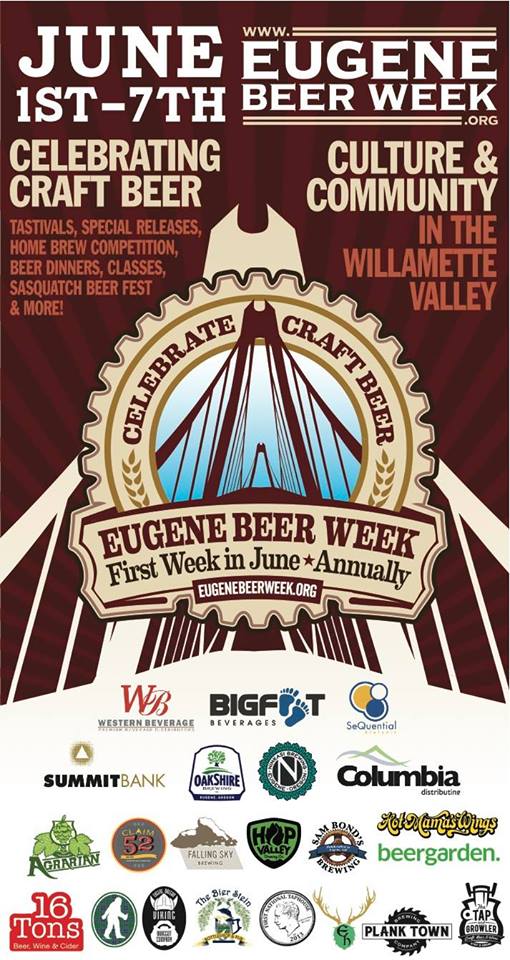 The 5th Annual Eugene Beer Week returns for a week worth of events in one of Oregon’s top beer destinations. This year’s Beer Week will take place from June 1st – 7th with the annual highlight of the 13th Annual Sasquatch Brew Fest that is now in its second consecutive year being hosted outdoors once again.

Though the week officially kicks off on Monday, June 1st, Hop Valley Brewing will be hosting its Tie-Dye Party a day early on Sunday, May 31st from 2:30 to 5:30pm. Here’s a complete list of Eugene Beer Week events. 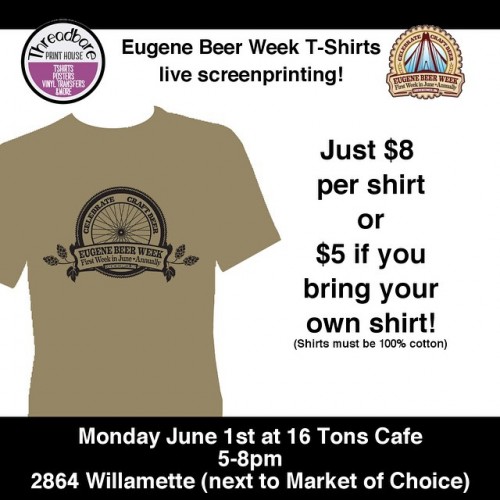 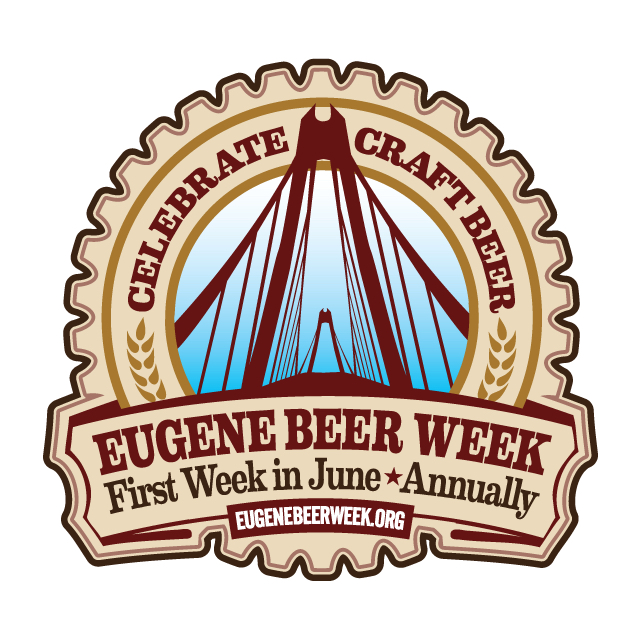 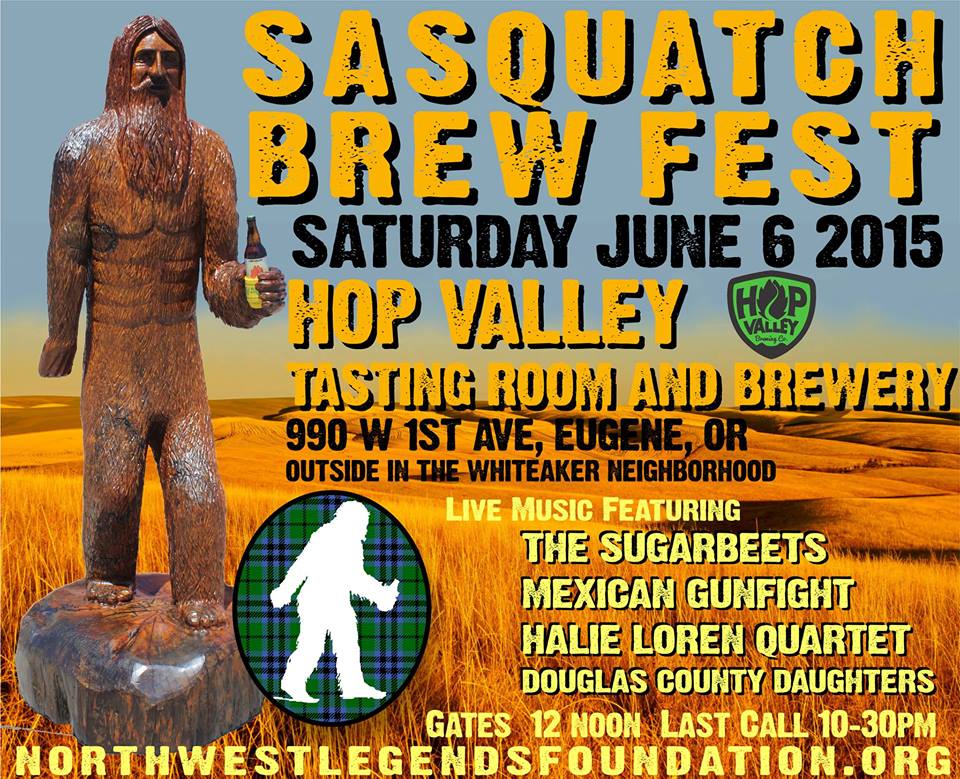 To stay up to date on all of the Eugene Beer Week events visit eugenebeerweek.org.