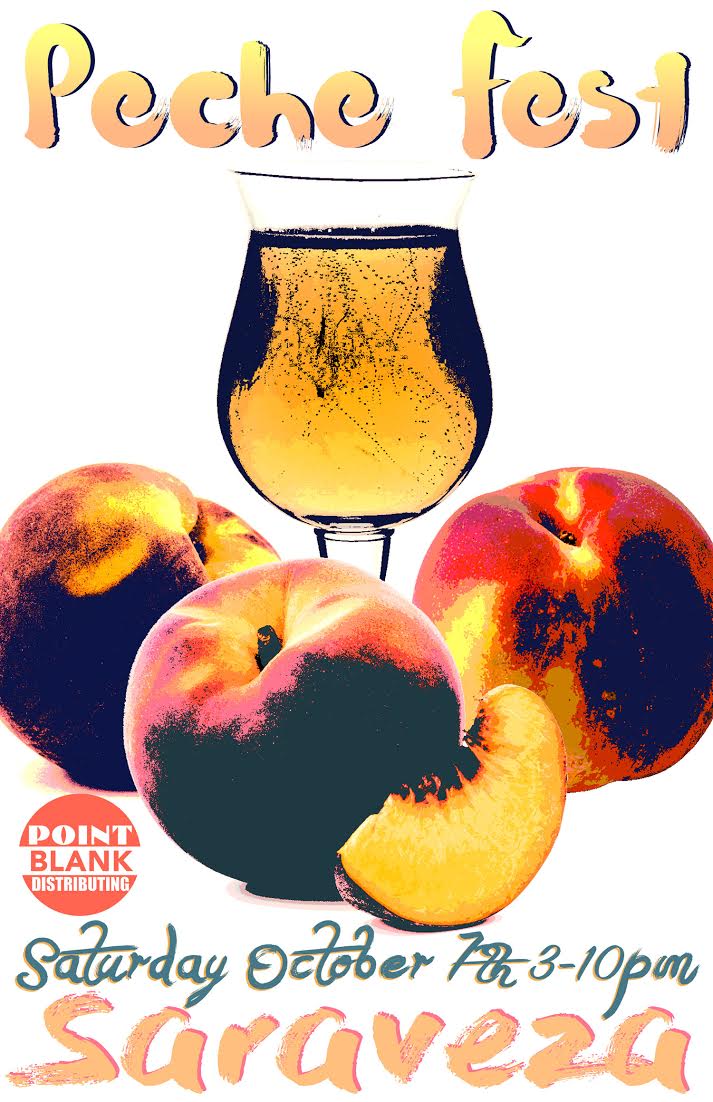 For the fifth consecutive year Saraveza will host its annual Peche Fest on Saturday, October 7th from 3:00-10:00pm. Taking over both Saraveza and its Bad Habit Room, Peche Fest will feature over 25 beers and ciders all incorporating peaches into its beverages.

Here’s the list of beers and ciders that are expected to be pouring at the 5th annual Peche Fest.

Saraveza will also be featuring three food specials that incorporate the featured fruit of the day, peaches. There will be two food dishes – Fish Tacos: Pacific Cod, Peach Salsa, Cabbage, Lime, Crema and Pork Shoulder Sandwich: Achiote Braised Pork, Grilled Peach, Cotija, Cilantro, each for $9.00. And for desert there’ll be a house made Peaches and Creme Pop Tart for $5.00.

Entry in advance is $15.00 ($16.78 after fees) and includes a collectible branded glass and 4 drink tickets. Advance tickets can be purchased here: http://pechefest.com/tickets/

Stay up to date on all of the happenings at the 5th annual Peche Fest by following the events Facebook Page.