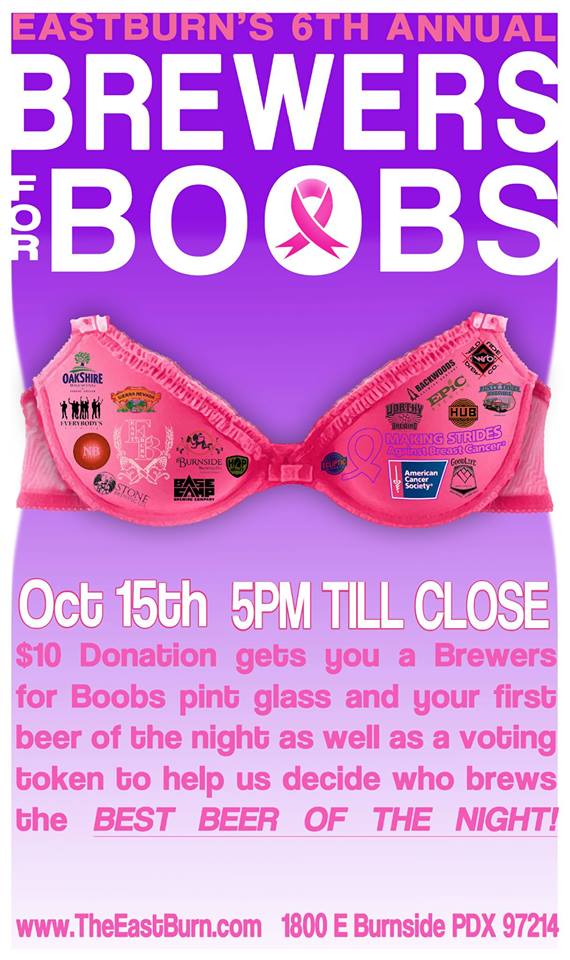 Craft breweries continue to pitch in for the common good. On Thursday, October 15, EastBurn will present its 6th Annual Brewers For Boobs Battle of the Breweries. This annual fundraiser for the American Cancer Society will feature over 15 well-respected breweries battling it out to see who comes out on top while raising money for a noble charity.

An affordable donation of $10.00 at the door will provide a commemorative pint glass, one free local beer, live music, raffle prizes and the opportunity to chat will local brewers. Patrons will also get to vote for their favorite beer that will decide which brewery goes home as the Brewers For Boobs favorite beer. The event will kick off at 5:00pm and will go until Midnight at EastBurn.

Participating breweries for the 2015 Brewers For Boobs will feature the following:

Make sure to swing on by EastBurn and support a great cause while drinking craft beer.