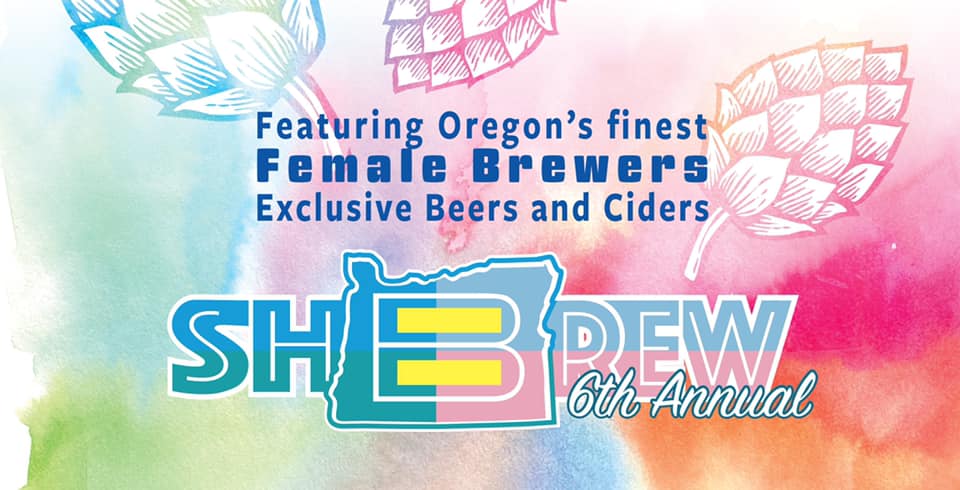 The 6th Annual ShewBrew Beer Festival returns on Sunday, March 8th to a new venue in Northwest Portland. This annual festival will feature 30+ female identified brewers, both professional and amateur, from Noon-8:00pm at Castaway.

SheBrew is an annual event that focuses on women in craft beer and cider. Taking place during women’s history month on International Women’s Day, March 8th, 2020, the event will celebrate six years. In its first year the small event brought in about 50 attendees and has grown through the years. For SheBrew 2020, event organizers expect over 1,000 attendees on Sunday.

Held at the Castaway in northwest Portland, this event features an Invitational of ten local female homebrewers and 30+ female pro brewers of beer and cider, with most brewing special craft beverages exclusively for the festival. This festival supports all women and the LGBTQ community with all proceeds to go to the Human Rights Campaign and the Oregon Brew Crew.

Advance Tickets are $25.00 and includes a commemorative glass, 10 tasting tokens to sample local craft brews, sample and vote on favorite local homebrews-until they run out, and annual HRC Membership or Renewal. VIP Tickets are $50 and include all benefits of a general admission ticket, plus early entry (1 hour) and a commemorative t-shirt. Day of event tickets increase to $30.00. Find out all the details on tickets by clicking here.

The SheBrew Festival is an event for all genders and ages honoring equality.