The Little Woody Barrel Aged Beer, Cider & Whiskey Fest returns to Bend, Oregon over Labor Day Weekend on September 4th and 5th when it celebrates craft wood-aged beers and ciders from across the Pacific Northwest, along with small-batch American rye whiskeys and bourbons. The Little Woody features small-batch beers aged in wood barrels by top breweries here in the Pacific Northwest and will also feature a tasting of small-batch American rye whiskeys and bourbons, live music, and local food vendors.

Taking place outside and next to the Des Chutes Historical Museum in downtown Bend, the Little Woody was created to commemorate one of Central Oregon’s cultural hallmarks, craft beer. There will be two sessions, one on Friday evening from 5:00 to 10:00pm and all day on Saturday from Noon to 10:00pm. There will also be a special VIP session from 4:00 to 5:00pm on Friday preceding the official opening.

Entry to the festival is $12 with a commemorative tasting glass. A tasting package is $20 and includes a glass and eight tasting tokens. Additional tokens are $1 each. Advance tickets can be purchased by clicking here. 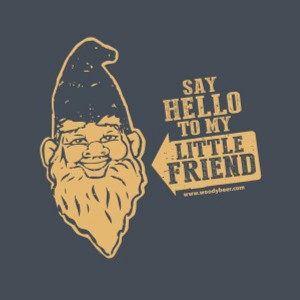 Beers & Ciders to be pouring will include the following.

Lompoc Brewing
Port Barell Aged Cimmerian | ABV 8
This dark Belgian style ale was aged in Maryhill Winery Port barrels for five months. There is a touch of oak on the nose with an essence of plums. The addition of oats and wheat give off a smooth mouthfeel

Reverend Nat’s Hard Cider
Whiskey Barrel-Aged Soured Pippin with Makrut | ABV 7.1
We started with our award-winning single variety Revelation Newtown Pippin and double-fermented it with lactobacillus while aging in a blend of Kentucky and west coast bourbon barrels. A heavy dose of Makrut lime leaves, zest and juice along with lemons move the finished product away from cider and into cocktail territory – a previously uncharted realm for us.

Fremont Brewing
Bourbon Abomiable: Kentucky to Scotland | ABV 11 | IBU 62
A unique version of Bourbon Abominable, aged in 15 year old American oak bourbon barrels, infused with cherry wood soaked in peat smoked Islay Scotch it takes you on a journey from the rolling hills of Kentucky to the shores of Scotland.

Summer Ale | ABV 5.2 | IBU 45
Tangerine flower in a glass, endless days distilled into nectar of barley and hops. One grain,one hop. Simplicity and so much more.

Vagabond Brewing
Fancy as Funk | ABV 6 | IBU 13
A classic Saison brewed with orange peel and rose hips. Aged in Pinot Noir Barrels for a year, this beer is light bodied and shows characteristics of mild acidity from the Saison yeast and Barrels. Great easy drinking beer for a hot day.

Fort George Brewery
3-Way IPA | ABV 5.7 | IBU NA
Fort George’s 3-way IPA is a collaboration of craft, a chance to exchange ideas and knowledge with brewers who are doing fantastic things with IPAs. Every summer features a new collaboration, a different recipe, and a unique 16-oz can design, but with the same 3-Way IPA name. This year’s version is a collaboration with Georgetown Brewing of Seattle and Pfriem Family Brewers of Hood River.

Barrel Aged Plazm Farmhouse Ale | ABV 6.5
A collaboration with The Commons Brewery and Plazm magazine, brewed to showcase the yeast, various malts and hops work to bring out those flavors and aromatics, A dazzling display of fruuit esters, clean floral hops with just a hint of roast and a crisp finish, aged in French Oak Pinot Noir barrels.

Barrel Aged Brown Ale W/ Balaton Sour Cherries | ABV 8.1 | IBU NA
Aged almost 3 years in wine barrels, followed by several months in our foudres (large format oak tanks). The beer smells like a barrel room in a brewery. Lots of oak and aged beer flavors, with chocolate roasted malt flavors still present. Layers of red wine and dark cherry flavors, similar to black cherry on the finish. Cherry flavors are both sweet, sour, and tannic, adding some palate weight to the beer. Hints of acetic acid from the extended barrel aging round out the flavor.

Ninkasi Brewing
Oak-Aged Sleigh’r | ABV 7.2
This beer is truly a treat! We took our winter Seasonal Release, Sleigh’r and aged it for 15 months in Heaven Hills bourbon barrels, adding in cocoa nibs, apricots, and wild strawberries during the aging process. The intense tartness from the fruit is balanced by subtle coffee undertones imparted by the cocoa nibs. The finish is pleasantly astringent and leaves the palate wanting more!

Wünderbier | ABV 4.4 | IBU 22
Conquer summer with Wünderbier in-hand and say “cheers” to the pure and unadulterated fun of the season. In tribute to the favored beer of Cologne (Köln), Germany, this German-Style Kölsch is golden-colored with a subtle, crisp sweetness. A wonderful summer story awaits in every sip; it’s Wünderbier!

Hop Valley Brewing
Hop Valley Oakeroo | ABV 7.5 | IBU 45
A limited amount of our 2014 Winter seasonal was age in bourbon barrels from Heaven Hill distillery. The barrel aging process transforms our winter ale, Festeroo into the ultimate sipping experience. The beer takes on flavors of bourbon, and vanilla from the barrel, while bringing out slight chocolate notes from the roasted malts.

Bohemian Dub Hop Pale Ale | ABV 5.5 | IBU 20
A bouquet of tropical fruit invites you to enjoy the paradise of Bohemian Dub Hop. A sessionable hop elixir inspired by Medium Troy’s Bohemian sound and our brewers creativity. With a fusion of specialty malts and Simcoe and Galaxy hops this brew will carry the groove through the next set.

21st Amendment Brewery
Hop Crisis Imperial IPA | ABV 9.7 | 94 IBU
Hop Crisis. Crisis? What Crisis? A few years ago, when hop prices shot through the roof and the worldwide hop market went into a tailspin, at our pub in San Francisco we decided there was only one thing for us to do. We made the biggest hoppiest IPA we could imagine and aged it on oak for good measure. The imperial IPA breaks all the rules with more malt, more hops and more aroma.

Deschutes Brewery
Sour Pumpkin Bier de Gourd | ABV 10.3 | IBU 19
Pumpkin was used in the making of this French farmhouse-style ale, but the resulting influence it has is delicate and understated. After 19 months in oak barrels with Brux and Lambicus the flavors are rich and complex with notes of caramel and toasted pumpkin seeds. A slight acidity rounds out the flavor without being too intense.

Worthy Brewing
Lyrical Genius Flemish Red | ABV 8 | IBU 15
Inspired by the Flanders region of Belgium and the greatest living rockstar, this Flemish Red is tart on the tongue with notes of tobacco, caramel, ripe berries and dates. It was aged in oak Sangiovese barrels for 18 months with brettanomyces, lactobacillus, & pediococcus, giving it a complex and round finish that lingers.

Hotside Sour-Mashed Daytime | ABV 4.65 | IBU 24.2
Funkified version of the neo-classic DayTime Ale taking a hefty portion of the hot,malty mash aside, letting it go a little sour and then finishing the brew, turning our stupidly slammable fractional IPA into an even bigger version of itself, tart and hoppy electric lemonade parade.

10 Barrel Brewing Co.
Apocalypse IPA | ABV 6.8 | IBU 70
This west coast style IPA is our flagship beer. We can talk about how good we think it is, but if you like IPA’s…Just give it a run for yourself.

Easy Black IPA | ABV 5.1 | IBU 65
A Session Black IPA that’s seriously difficult to brew but refreshingly easy to drink! How did it come about? We split the brewers into four teams and laid down the challenge to come up with our next seasonal beer. 3 weeks later we held a brewery wide blind taste test to decide the winner. It was close but Jimmy prevailed with his Session Black IPA. Why did we call it Easy Black? Jimmy said “Easy Money” when we told him about the competition. Sometimes the Brewmaster needs to step in and show the young guys why he’s the boss…

McMenamins
Isle of Unicorn Scotch Ale | ABV 7.25 | IBU 23
Highly malted base beer this Scotch Alestarts out with a sweet ease and rounds with full flavor, conditioned for 4 months in McMenamins Whiskey barrels, slight carmel and roasted malt with a touch of aged tartness with a dry oak finish

Caped Crusader Robust Porter | ABV 4.9 | IBU 32
Bolder in flavor then your “regular guy” porter, this robust comes on with a BAM. Agedin a McMenamins Hogshead Whiskey barrel and then keg conditioned for 6 more months, a sweeter aroma leads to the ful porter flavor with tones of whiskey and a woody drier finish.

The Little Woody Whiskey Tasting will feature some spectacular whiskeys from near and afar. The offerings for this year include:

Crater Lake Rye
Time was when every town had a distillery making rye whiskey. Crater Lake Rye Whiskey hopes to revive the tradition of these small family brands that were lost during Prohibition. Crafted from 95% rye grain and pure Cascade Mountain water, the character of our rye is rich with deep toffee notes and a peppery spice that defines true American rye whiskey.

CW Irwin Bourbon – Oregon Spirits Distillery
Proud and lively, yet surprisingly smooth, just like its namesake. C.W. Irwin combines the spirit of the old frontier with the spirit of the new west; bold and refined harkening back to an independent, wild time. Kick off your boots, put up your feet, fill your glass with C.W. and enjoy the true flavor of the west. Bring out the unbridled spirit in you.

4 Spirits Bourbon Whiskey
4 Spirits Bourbon Whiskey is a hand selected bourbon from Indiana. Once it’s brought here to Oregon where it continues to age in our unique Northwest climate, we put it through a series of top secret steps to redefine and improve upon it’s flavor without disqualifying it as a bourbon. It’s designed to be smooth and subtle, palatable for any whiskey drinker or first timer. The bold flavors of vanilla, caramel and spice give it that perfect combination of rich flavor and smoothness.

The Glenlivet French Oak Reserve 15-Year
The 15 Year Old’s distinctive character is the result of selective maturation; a proportion of the spirit is matured in a selection of French Oak casks for a limited period, so as not to overpower the final result.

Pendleton 1910 Rye Whiskey
Featuring round, rich notes of tobacco, charred oak and butterscotch with a spicy rye kick and peppery heat, Pendleton® 1910 Rye Whisky is rounded out by the smoothness of maple and sweet cherry to provide a weighty and balanced, yet complex, flavor profile. 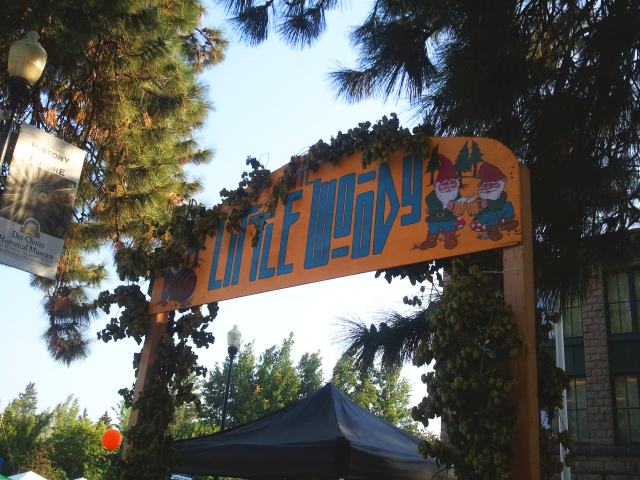 The Little Woody is proud to donate a portion of its proceeds to the Des Chutes Historical Museum. Founded in 1975, the Des Chutes Historical Museum preserves, promotes and celebrates the history of the beautiful region of Deschutes County. Encompassing Bend, Redmond, La Pine, Sisters, Terrebonne and Tumalo, the historical museum is an important institution for celebrating the past and protecting the future of Central Oregon. The museum and community center is dedicated to education, research and appreciation for the unique local history of Deschutes County, and to build a living legacy that grows with each new generation.