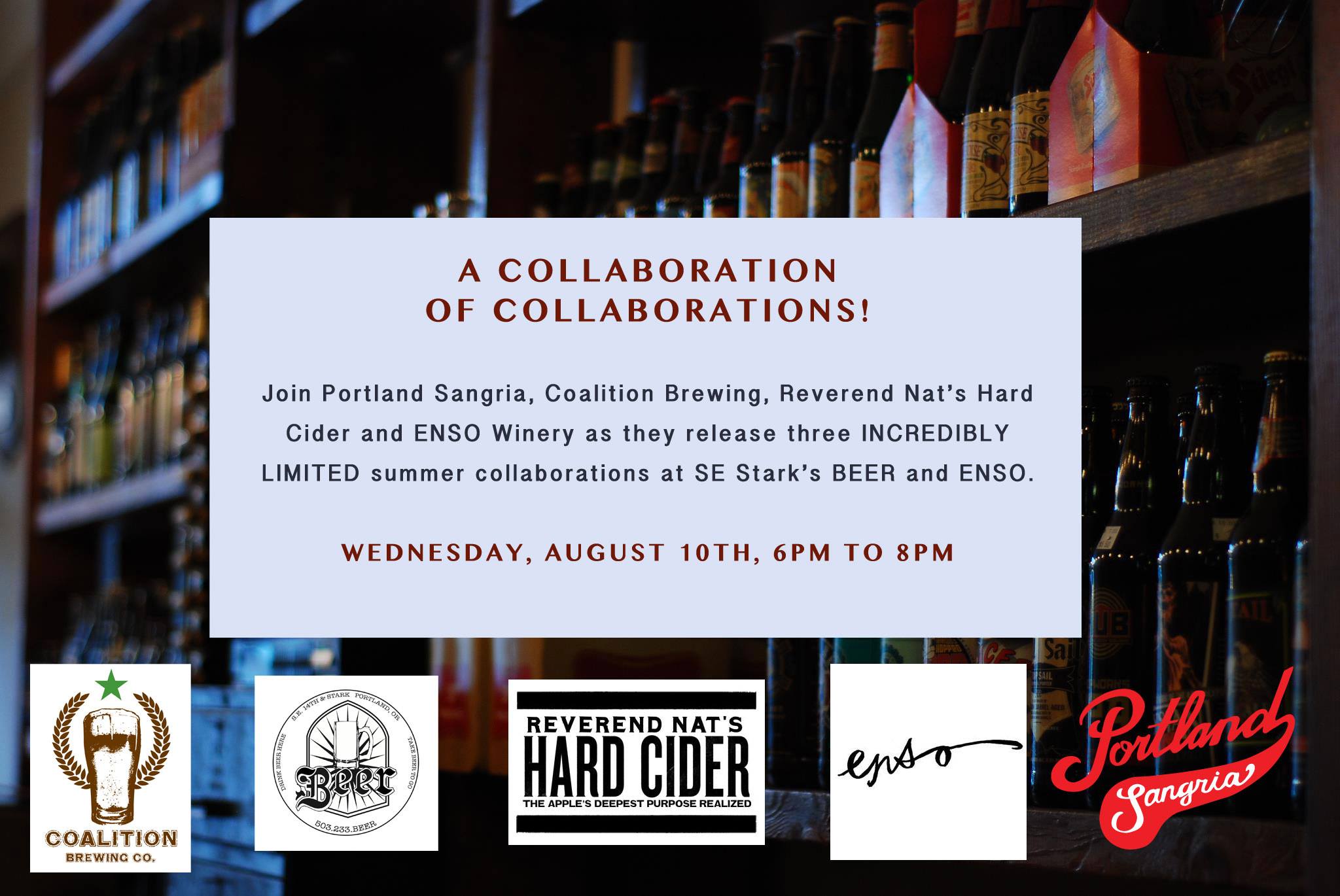 Two neighboring drinking establishments, one known for beer while the other is known for wine have teamed up for A Collaboration of Collaborations. BEER and ENSO are bringing together Portland Sangria, Coalition Brewing, Reverend Nat’s Hard Cider and ENSO Winery for a keg release celebration on Wednesday, August 10 to the 1400 block of SE Stark Street.

Earlier this year the four previously mentioned businesses partnered to create some truly unique beverages. All three offerings that are listed below are very limited and will be available for this event.

From 6:00 to 8:00pm on Wednesday, August 10, sample these three rare and unique offerings at BEER and ENSO. Sangria Bretta and Vinocot will be on tap at both locations. The very last keg of Hopland in Space will be available at BEER. Prices per beverage vary.