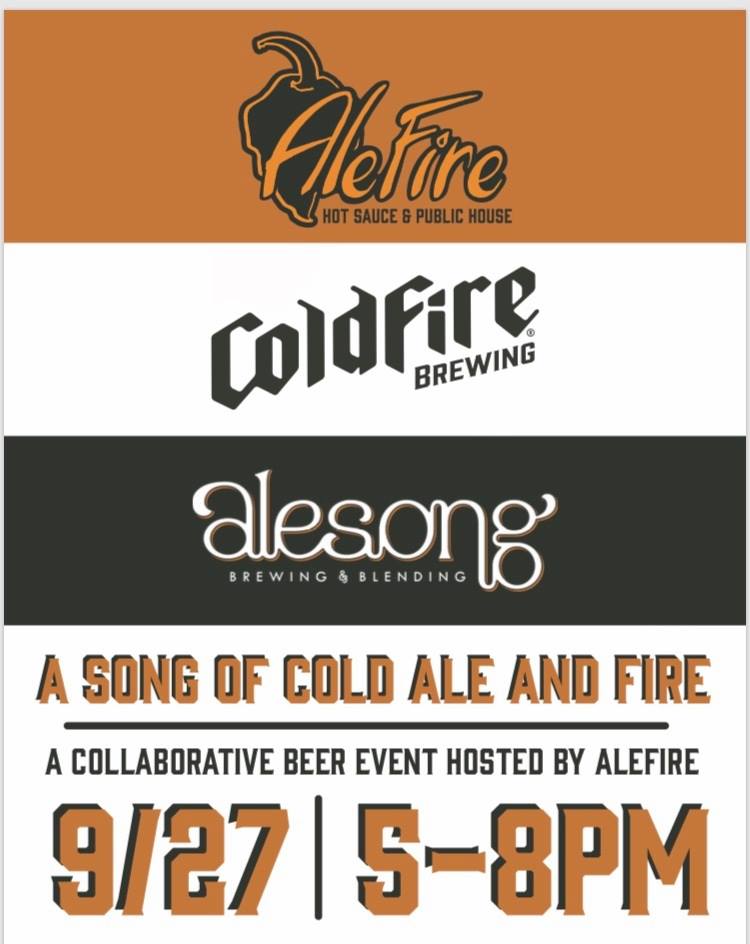 Ever since AleFire announced its beer and hot sauce shop we always wondered about the name as it reminded us of two great breweries from Eugene. Well tonight, Friday, September 27th the two breweries, Alesong Brewing & Blending and ColdFire Brewing will take over the taps at AleFire.

Both Matt Van Wyk from Alesong and Dan Hughes from ColdFire will be at AleFire for A Song of Cold Ale and Fire event from 5:00-8:00pm. Here’s a look at which beers will be on tap.