One of this year’s most anticipated brewery openings in Oregon is now preparing for its first bottle release this weekend. Alesong Brewing & Blending will host its First Bottle Release Party at its production facility in Eugene, Oregon on Saturday, August 20th from 2:00 to 8:00pm. Expect the premiere of bottles for Touch of Brett, Tangled up in Blueberry, Hop Farm, Gin Hop Farm, and Blackberry Gose.

This past October we first reported the news that Matt Van Wyk was departing Oakshire Brewing, where he had been the brewmaster since 2009, to open Alesong Brewing & Blending. He along with founding partners, Brian and Doug Coombs quickly began assembling equipment to begin its brewing operations. After about 6 months of the brewery’s announcement Alesong premiered a few draft offerings during Eugene Beer Week at the end of May. Alesong then made its debut outside of Eugene in Seattle, Washington at Sierra Nevada Beer Camp Beer Festival on June 11th.

Now the brewery is set for its first bottle release for five barrel aged beers. The release party will also have a few other Alesong beers pouring on draft along with a festive atmosphere that will be highlighted by live music and a couple of food trucks that includes Da Nang Vietnamese Eatery and Los Faroles Taco Truck. This will also be one of the rare opportunities to check out the brewery, as it is not normally open to the public.

“We’ve been working at this project for more than a year now, and are thrilled to finally be able to open our doors and share our vision with the community,” stated Founder/Brewmaster Matt Van Wyk in a news release. “Plus we’re releasing some awesome beers – oak-aged offerings exploring mixed culture fermentation and of course a couple with local fruit!”

Entry into the release party is free and open to all ages. To sample Alesong beers, a $15.00 festival fee will be required that includes 5 beer tokens and the first 250 attendees will also receive a commemorative Teku glass. Each token will be good for a 4 oz. pour of any beer. Two tokens will provide a 12 oz. pour of non-barrel aged beers and three tokens will provide a 12 oz. pour of barrel-aged beers. Additional tokens are $2.00 each. The $15.00 entry fee is waved if you pre-order six Alesong bottles. More details on this are listed further on in this article.

For Saturday’s bottle release here are descriptions provided by the brewery for each of the five bottles including costs and bottle limits. All bottles are 500 ml. 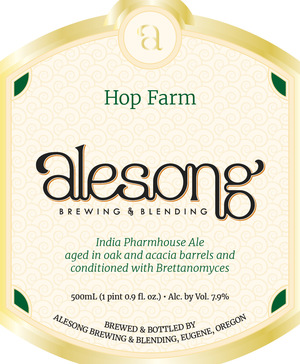 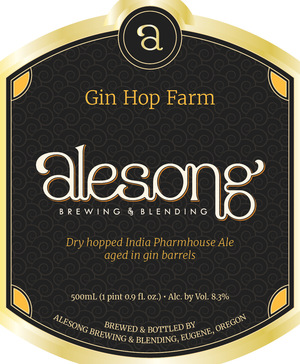 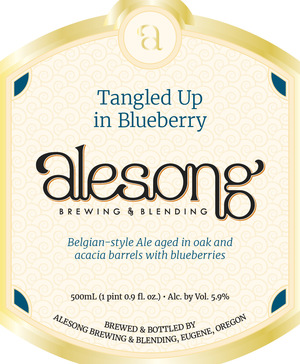 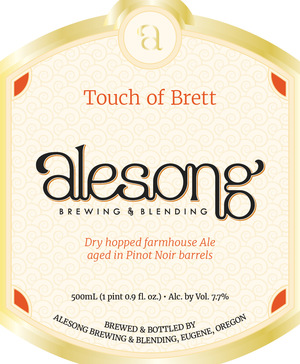 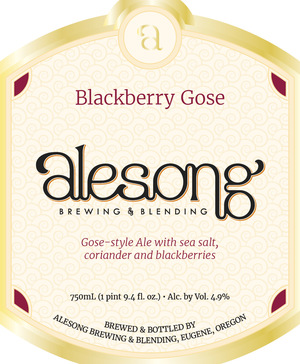 Any of these bottles can be pre-ordered on Alesong’s website at alesongbrewing.com/join. There are three options to choose from when ordering.

If you cannot make any of these three options work Alesong will allow proxies to pick up beer for other customers. To do so the purchaser must send an email authorizing the proxy from the same email they used to place the order

All five of the beers being released in bottles will also be available on draft along with Alesong’s Strawberry Gose, Alesong BPA, Indi’s Gold, Bourbon Prelude and its two collaborations that it brewed with Breakside Brewery; Next Thursday and Dos Pinches.