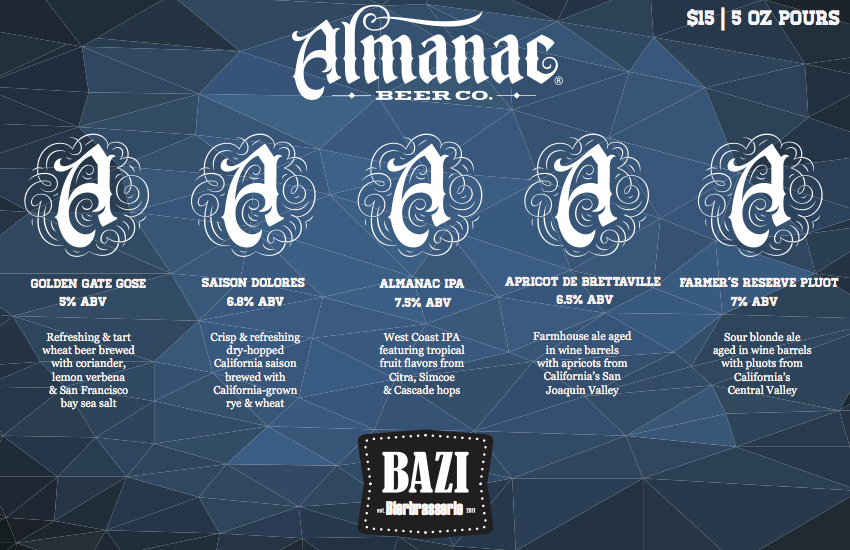 When April 15th comes around, this day is usually thought of with a bit of apprehension. Yes this day is commonly known as the day when taxes are due. This year will be something different when Bazi Bierbrasserie hosts Almanac Beer Company on Friday, April 15 from 5:00 to 8:00pm to celebrate the end of tax season with an event that will feature this popular California based brewery’s beers.

To assist in relieving some of the pressure from tax season, Bazi will celebrate with five Almanac beers on tap. The taplist will feature the following beers.

Bazi will be featuring all five Almanac beer in a taster tray the will cost $15.00 for 5 oz. pours of each beer.