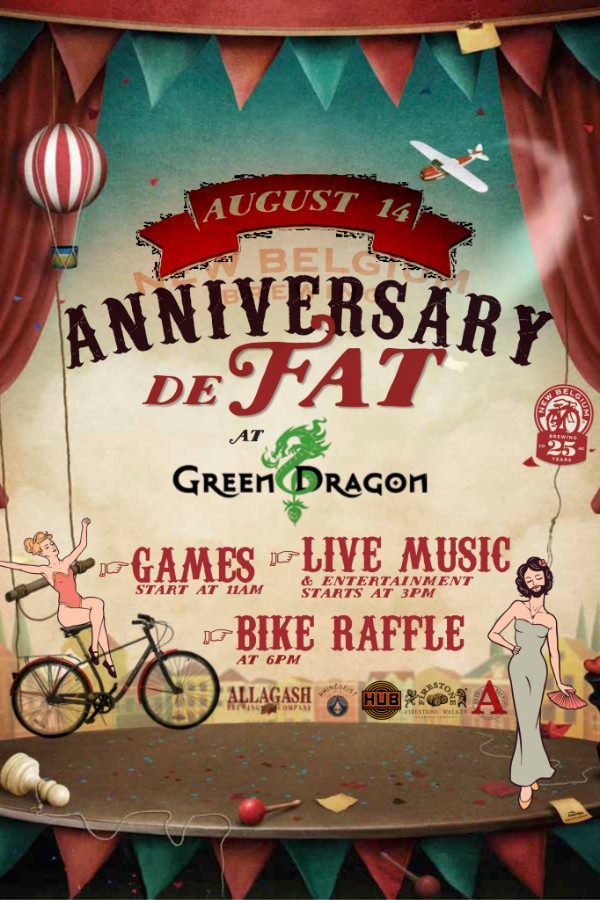 This year marks the 25th anniversary of New Belgium Brewing and the brewery will celebrate this milestone in Portland on Sunday, August 14 at Green Dragon. This daylong, family friendly celebration will take place from 11:00am to 6:00pm.

Here are the other New Belgium beers that will be on tap.

When the event kicks off at 11:00am there will be carnival games and raffles that will last throughout the day. Then at 3:00pm there will be live music from Three for Silver and Sideshow performances brought to you by the whimsical and lovely performers of the Wanderlust Circus. The event will close with a grand prize giveaway of a sweet 2016 New Belgium Cruiser built by Detroit Bikes.

There is no entry fee and there will be plenty of bike parking and the event is both dog and kid friendly.