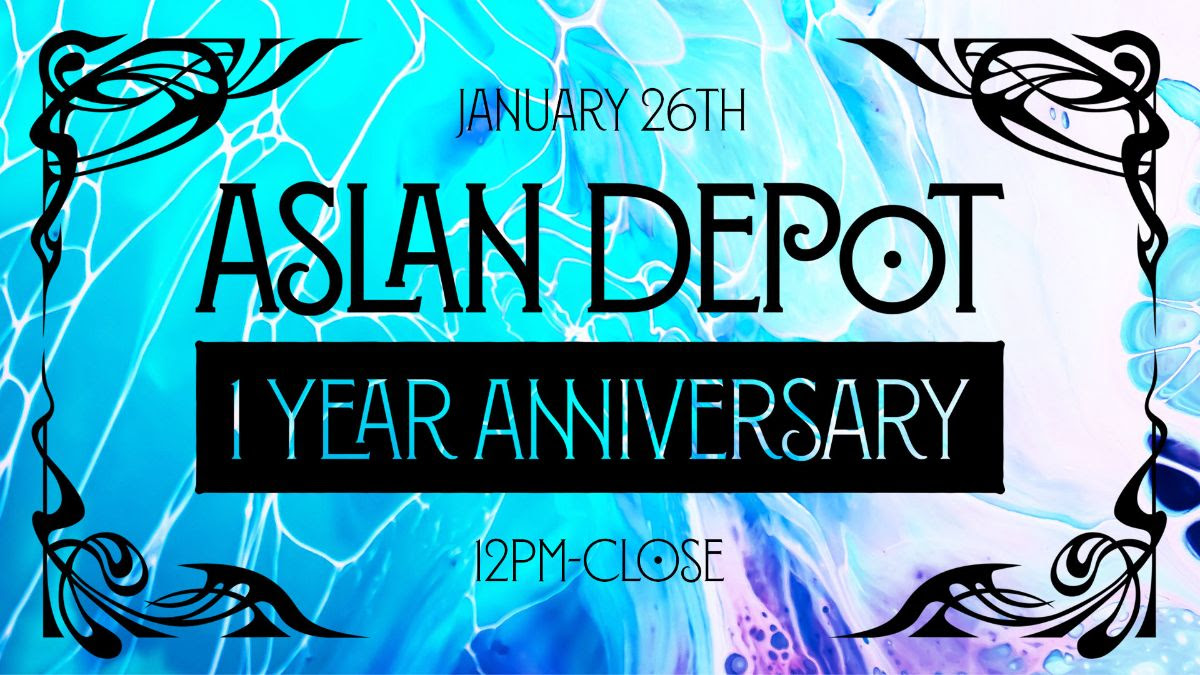 Nearly one year ago, Aslan Brewing opened its new space, Aslan Depot that is home to a more intimate tap room. On Saturday, January 26th, Aslan Depot will celebrate its One Year Anniversary for a daylong event that is free to attend.

Aslan Brewing will look back on the past year’s barrel aged beer releases and even debut a few new ones. The brewery will also off limited edition Aslan Depot glassware and new Frances Farmer pins!

After digging deep into the cellar, Aslan is setting up an exclusive bottle pour station with limited pours, get there early to have your pick! Featured bottle pours include Pulp Fiction – Blood Orange Saison ’16 and Whiskey Ginger, an imperial rye style barleywine aged in single use bourbon barrels for 18 months and finished with fresh and candied ginger.

In addition to these beers pouring, Övn Pizza will serving up some tasty food beginning at 2:00pm. There will also be live music from Trio Sueno at 3:30-5:30 and The Leaning Trees from 6-9PM.

Entry into Aslan Depot is for those 21 years of age or older.