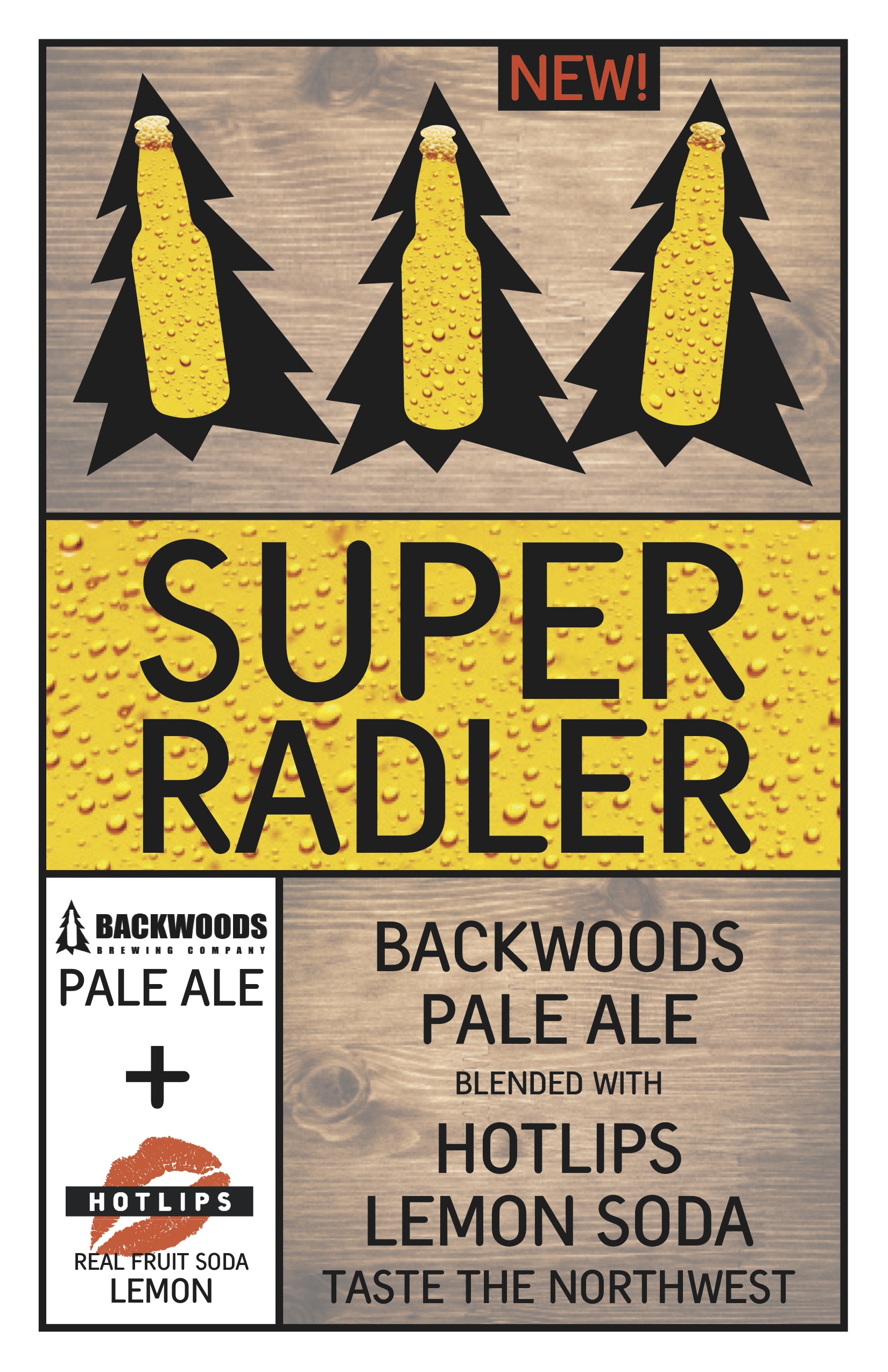 For its latest beer collaboration, HOTLIPS Soda has teamed up with Backwoods Brewing from Carson, WA to launch its new(ly) named Super Radler. , Super Radler is a mix of Backwoods Clear Cut Pale and is then mixed with HOTLIPS lemon soda to provide a version of a radler or what is also known as a shandy.

(This radler was originally going to be the same name of a similar beer from another local brewery but once HOTLIPS realized the mistake/confusion the beer name was changed to Super Radler.)

Super Radler will be released on Thursday, April 23rd at all HOTLIPS locations. There will also be a special release party at Mad Sons located at 1109 SE Madison Street in Portland, OR beginning at 5:00pm on Thursday.

Super Radler represents the second in a rotating series of Radler- and Shandy-style drinks that HOTLIPS will be producing in partnership with local breweries. Super Radler at a sessionable 3.3% ABV will be on tap while the supply lasts at all six HOTLIPS restaurants in Portland, and will be distributed to other local pubs by Point Blank Distributing of Portland.

“After the success of our first collaborative Radler, we knew we had a winning idea,” said David Yudkin, co-owner of HOTLIPS Pizza + Soda. “We’re making friends with our fellow craft brewers, and pleasing the taste buds of Portlanders, too.”

“We’re so pleased to blend the bright, lemon flavor of HOTLIPS soda with our own pale ale,” said Jordan Tanasse of Backwoods Brewing. “Pairing two distinctive Northwest products from opposite sides of the Columbia creates the ultimate Cascadia combo.”

Backwoods Brewing’s Clear Cut Pale Ale is made with a blend of hops from the Northwest, Germany and Australia, with a brilliant hop aroma and light, crisp finish. HOTLIPS’ Lemon Soda is bright and brisk with soft bubbles, just sweet enough to round out the pucker. The combination is the perfect balance of ale and lemon, and not at all too sweet.