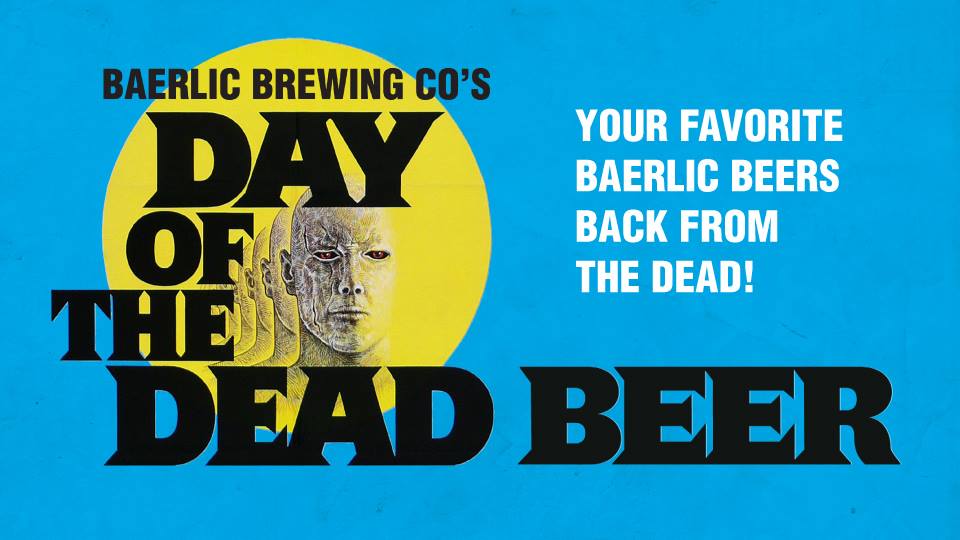 Baerlic Brewing will celebrate Day of the Dead a few days early on Saturday, October 28th as it presents Day of the Dead Beer. For this event the brewer went back to brew a few of its beers that had been retired and bring them “back from the dead”.

DAY OF THE DEAD BEER TAPLIST:
PRIMEVAL NW BROWN ALE – This amped up American Brown Ale is dryhopped with Centennial hops and bursts with aromas of evergreen, cocoa & sweet orange that dance with biscuit, roast and malty sweetness with bittersweet chocolate and citrus.
DeLOREAN WHEAT IPA – Brewed with Mosaic, Citra and Chinook hops, DeLorean jumps out of the glass with ginormous aromas of crisp pine, blueberry and tropical citrus in a fluffy and dry wheat finish.
BANANA STAND BLACK HEFEWEIZEN – Originally brewed in collaboration with Gigantic Brewing Company, Banana Stand is a traditional German Hefeweizen brewed w/ cold steeped roasted wheat. Aromas of banana & chocolate give way to a crackery body that finishes bright, fruity & spearminty. It’s the George Daddy of beer!
GREAT GRANDPA’s BREAKFAST – Our Black Grove Bourbon Barrel Aged Stout infused with cocoa nibs and a touch of maple syrup. And just like Great Grandpa himself, it’s a lot meaner than it looks.
OLD BLOOD & GUTS BARLEYWINE 2014 – Brewed in the year of our founding in 2014, this bad mamma jamma of a beer is aging beautifully. Brown Sugar, mollasses and dark fruit that finishes dry with a subtle alcohol spice that lingers…think of it as a big ‘ol cuddly bear hug of a beer.