As the sun begins to set earlier in the evenings and the air gets that Autumn chill, we embrace the exit of summer—if only for the darker and richer beers ahead. Arctos is designed to fill the void between those big and spiced winter ales of craft beer’s past and the old reliable West Coast IPA. A blend of toasted and crystal malts make for a full mouthfeel while loads of spicy and piney hop character balance a rich finish. 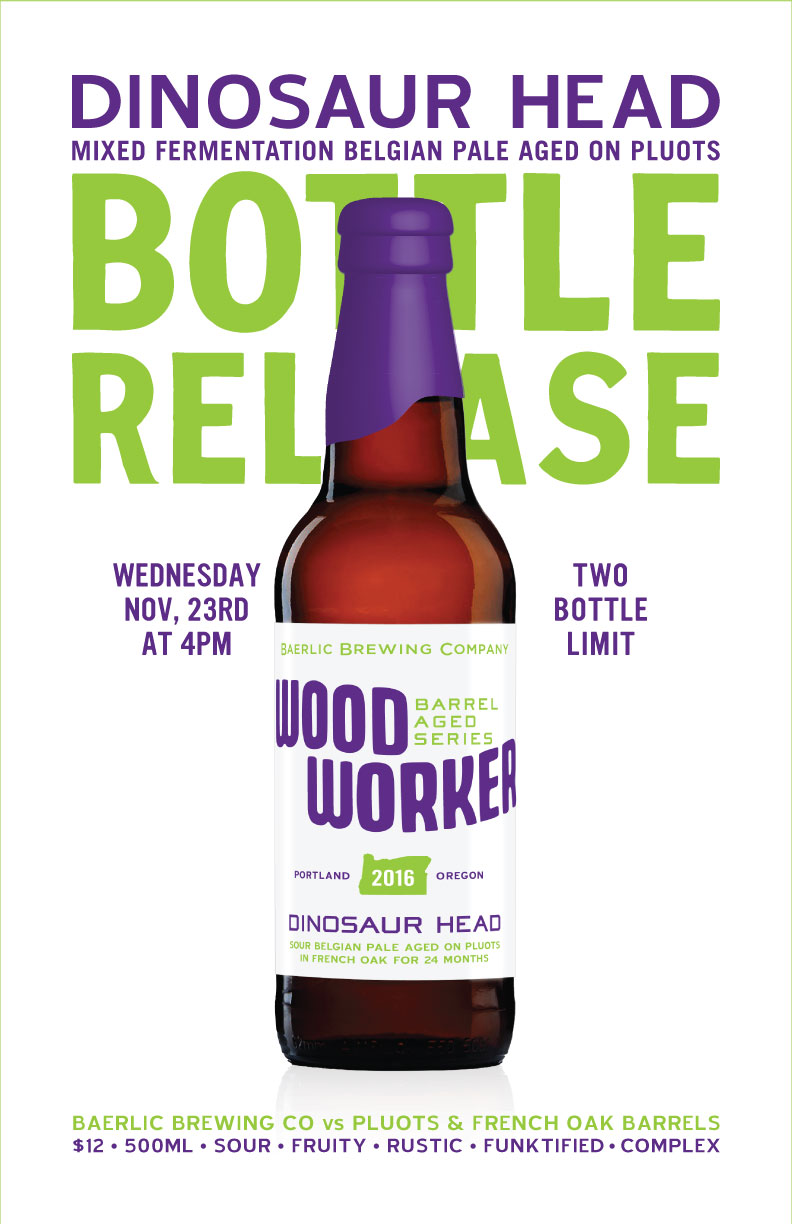 Then on Thanksgiving Eve, Baerlic will release its latest beer in its WoodWorker series at 4:00pm with the tapping of WoodWorker Dinosaur Head. This beer is a mixed fermentation Belgian Pale that is ages on Pluots in French oak for two years.

Nearly as far back as the dinosaurs were marching the earth flat, we brewed a Belgian Pale Ale and tucked it away into a single French oak barrel with pluot fruit and some amazingly tenacious little critters of wild origins. Over time, these critters turned what was once a beer rich in fresh-baked bread crust and peppery spice into a bright and wonderfully sour beer full of rustic notes and agrarian yeast character. 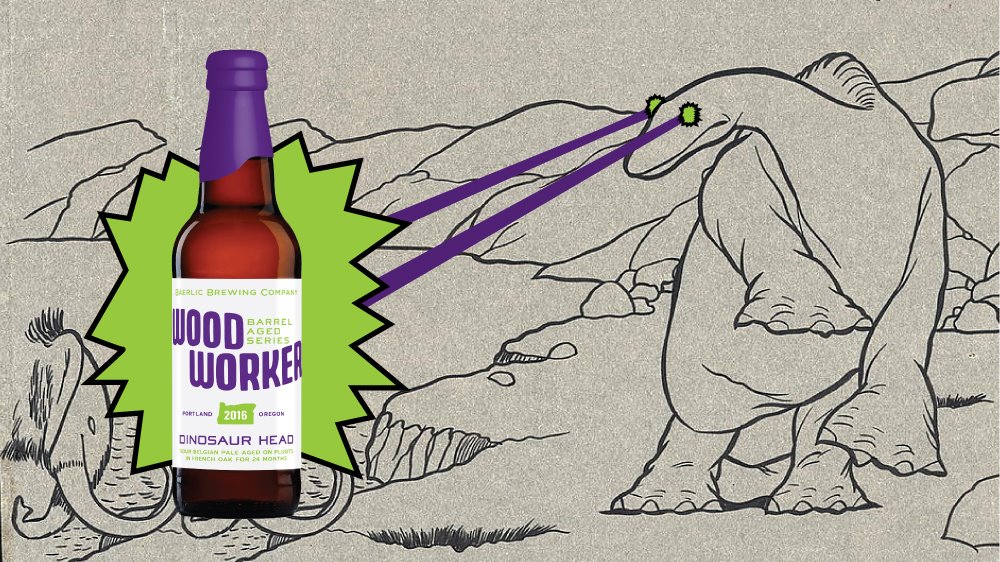