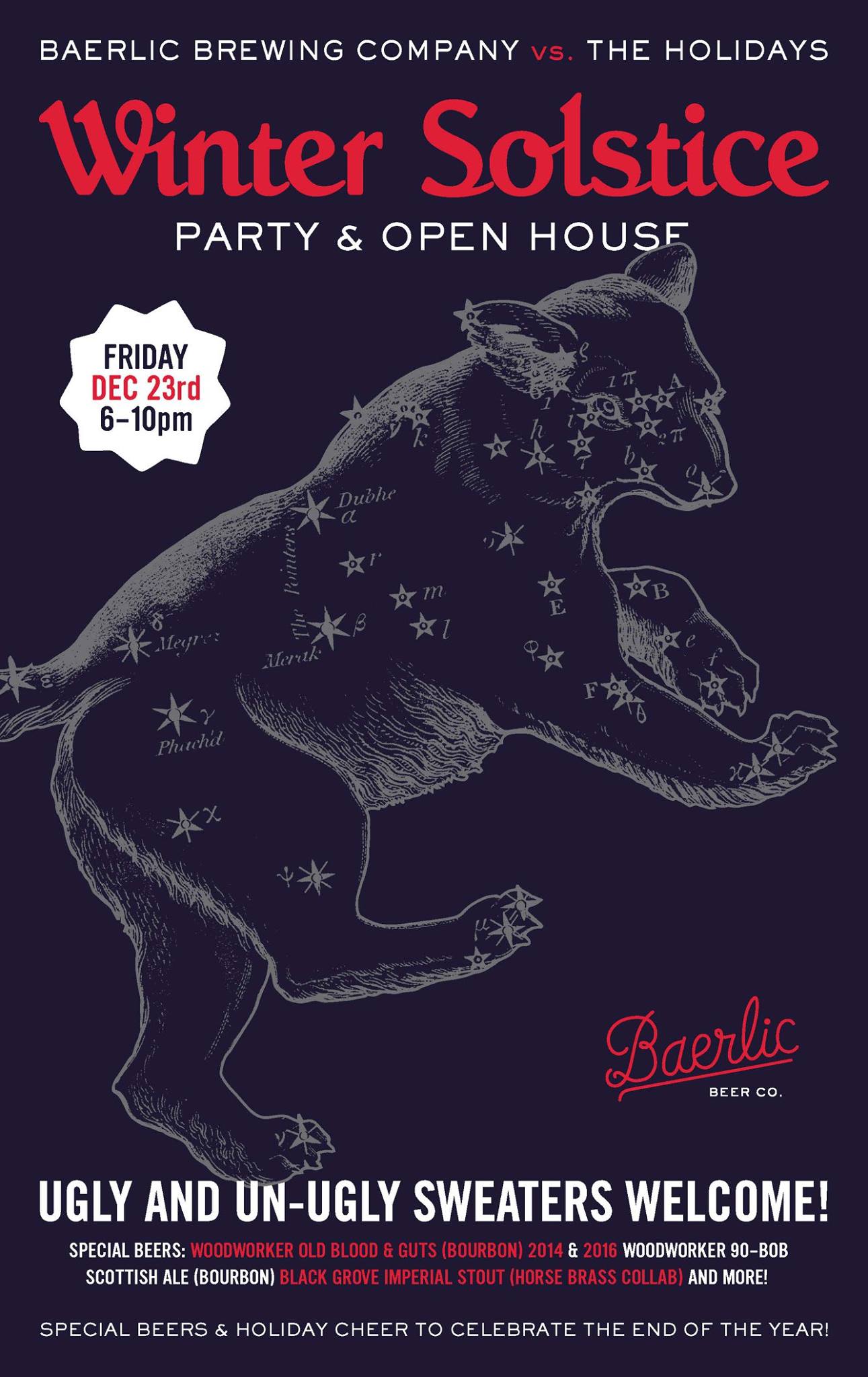 To help usher in this holiday weekend, Baerlic Brewing is hosting its Winter Solstice & Open House on Friday, December 23rd. Now an all ages venue, the fun, festive activities will take place from 6:00 to 10:00pm.

Though the Winter Solstice took place yesterday, Baerlic Brewing wants to continue the tradition that this day brings to the various cultures around the world. Back beyond the taproom, Baerlic will open up the brewery for some fun activities including cornhole and big Jenga. Baerlic will also be pouring these big, rich beers on the back brewery taps for the evening.

At 7:00pm, The Pagan Jug Band will take over and play its original songs mixing bluegrass, Americana, cajun, folk, and southern blues.