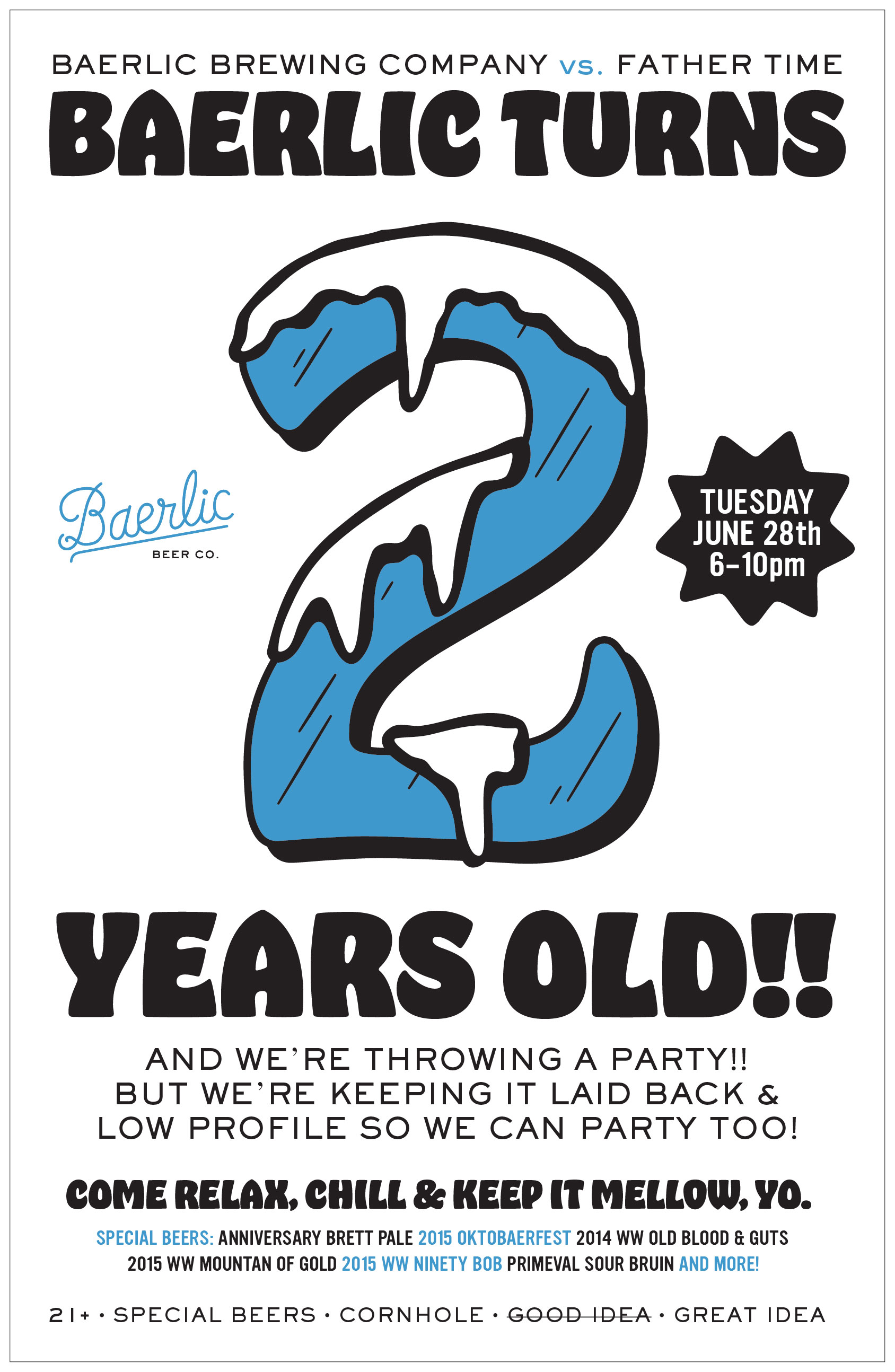 With two years now in the memory books, Baerlic Brewing is set to host its 2nd Anniversary on Tuesday, June 28th, from 6:00 to 10:00pm. The brewery’s plan is to host a laid back celebration that will include cornhole, Big Jenga and a few special beers pouring on the back taps. These beers include:

Stay up to date on Baerlic’s anniversary by following its Facebook Event Page. Congratulations on two successful years!