Here are more details on each of the events.

Piñata is an Imperial Mexican Lager with lime, guava and subtle habanero spice. “Piñata’s Revenge” will return in 2017 after spending a year in tequila barrels!

The event runs all day and will be available in bottles during Bailey’s Anniversary Fest and thereafter while still available. 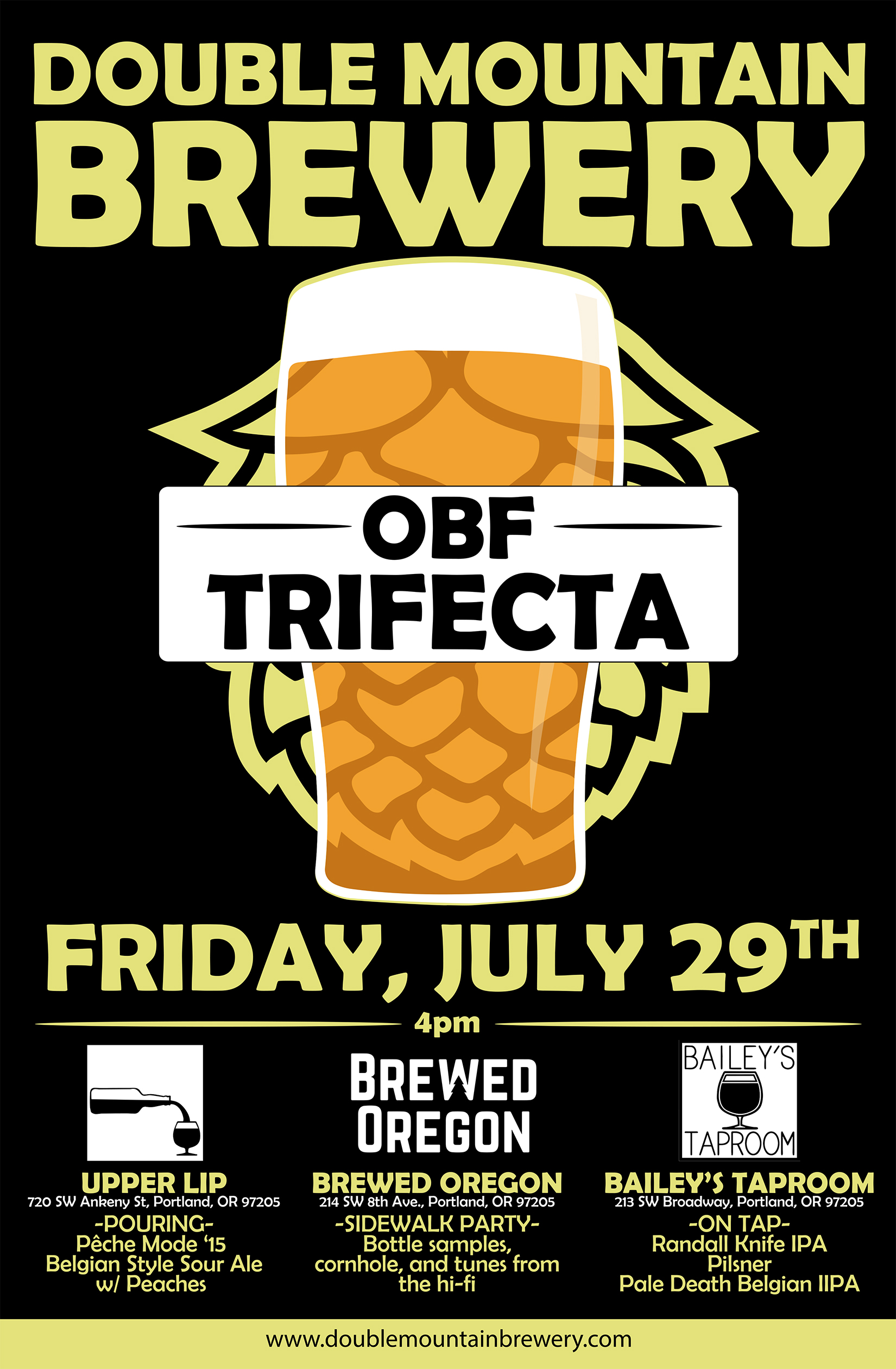 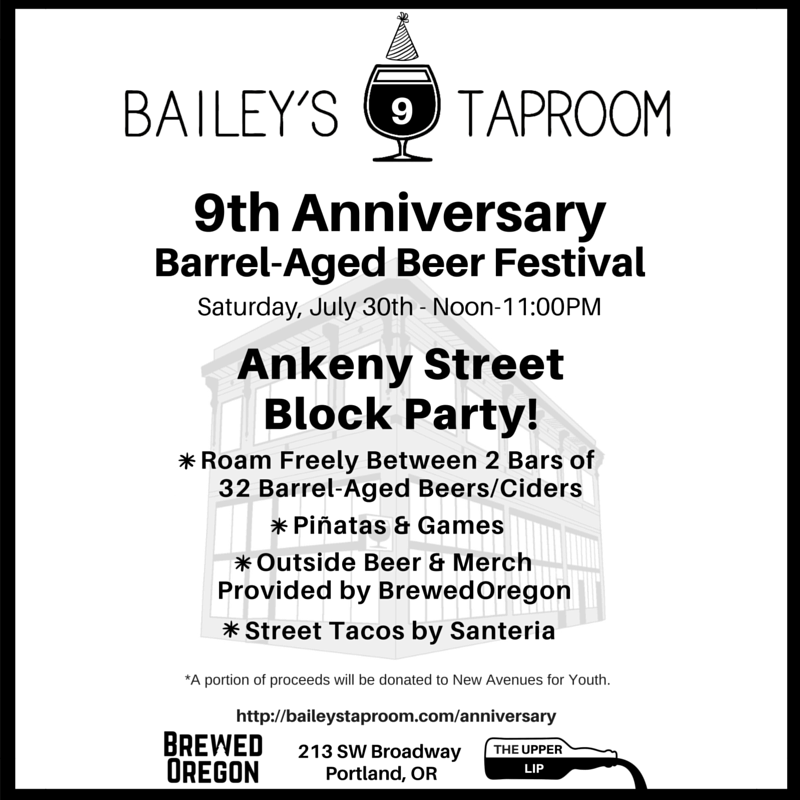 Bailey’s Taproom 9th Anniversary Barrel-Aged Beer Fest and Block Party
Saturday, July 30th – Noon to 11:00pm  Free Entry
Saturday July 30th marks the date of Bailey’s 9th Anniversary Barrel-Aged Beer Festival & Block Party. Both Bailey’s Taproom and The Upper Lip will be pouring 32 barrel-aged beers and ciders for your imbibing desires. As Bailey’s did last year, they will also be closing down SW Ankeny St. allowing you to enjoy those beers from Bailey’s, outside, at The Upper Lip, or all three!

For the Block Party, Bailey’s will be fencing in a beer garden of sorts and rigging Ankeny St. with piñatas, cornhole, and overflow seating. BrewedOregon will be on hand serving select Oregon craft beer from its can stash along with slinging Bailey’s Taproom and Oregon brewery merch like you won’t believe. They’ll also have 9th Anniversary glassware for sale if you need to add to your collection! If you’re hungry Santeria will be representing with tasty street tacos to feed the masses.

Admission this year will be free, un-ticketed (No VIP required!), and most beers will be available in both 12 oz glasses and 4 oz pours. Festivities start at Noon on Saturday, July 30.

9th Anniversary glasses will be on sale for only $9 At BrewedOregon! BONUS: Pay only $6 more and use it to get two additional ounces poured for you in Bailey’s and at The Upper Lip!

Beers at The Upper Lip:

A portion of proceeds from Saturday’s Anniversary will be donated to New Avenues for Youth. If you are not aware of New Avenues for Youth, this organization offers programs and services that empower homeless youth to exit street life. New Avenues believes that every young person should have food, shelter, and access to education and job training. New Avenues for Youth’s mission is to work in partnership with the Portland community to prevent youth homelessness and provide homeless and at-risk young people with the resources and skills needed to lead healthy, productive lives.