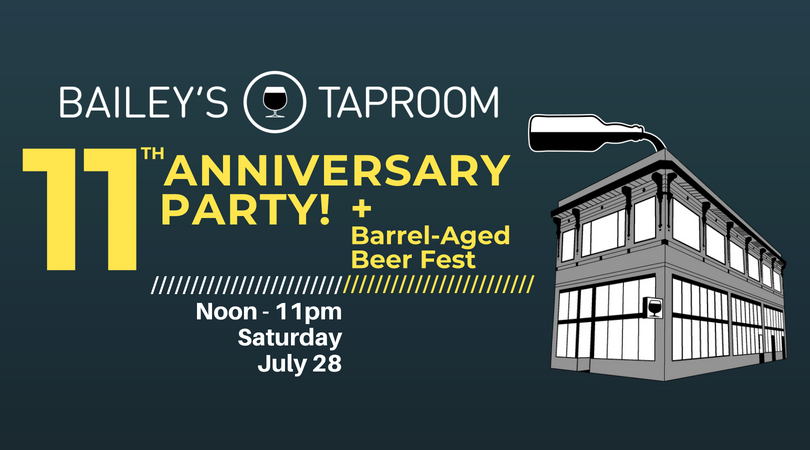 This anniversary will be bittersweet as it will be the last one that Bill Murnighan will be part of as he is set to depart for Northern California at the end of August. Murnighan has been the beer buyer at Bailey’s since early 2016 and has put forth a lot of work in keeping the downtown Portland beer bar a must visit destination. We hate to see you leave but wish you the best in your new adventure!

For its 11th Anniversary Bailey’s Taproom will reel in its festivities a bit but will allow free flowing access between it and its sister bar upstairs, The Upper Lip. This will allow for two stories of access to its annual barrel-aged beer bonanza.

As with events at Bailey’s Taproom, its 11th Anniversary Party + Barrel-Aged Beer Fest will have no cover charge and its team will put together an incredible tap list. Stay up to date on all of the festivities by following its Facebook Event Page.