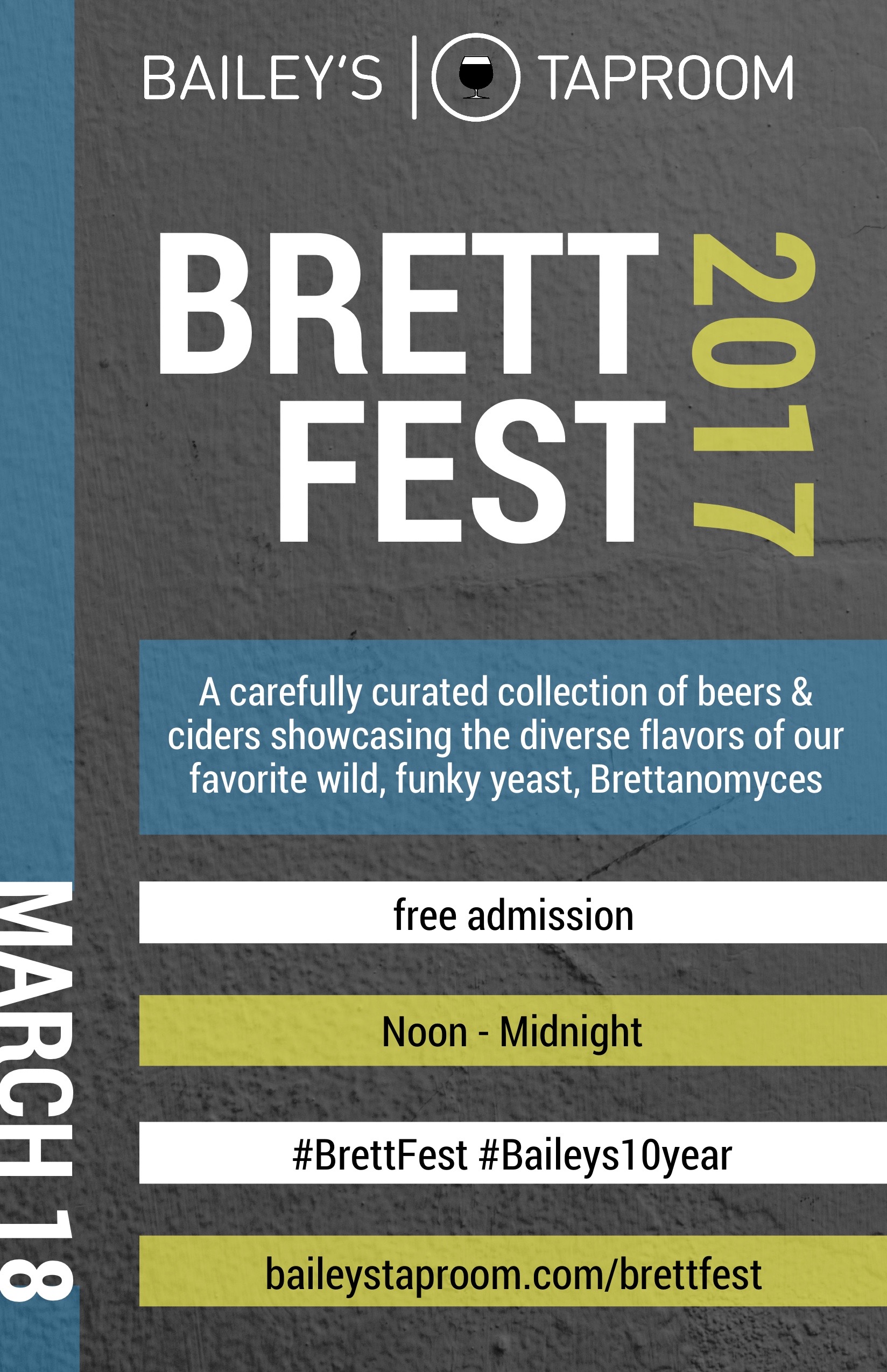 When it comes to wild ales one of the more intriguing subtleties is the use of Brettanomyces to inoculate a beer. These farmhouse style ales will be a focus this coming weekend in downtown Portland.

On Saturday, March 18th, Bailey’s Taproom will host its first BrettFest that features a wide array of beer that have been fermented with Brettanomyces. As part of Bailey’s Taproom’s 10 Year Anniversary Celebration, BrettFest will take over the taps from Noon until Midnight and will feature a complete draft list of beers along with a cider and mead that highlight the use of Brettanomyces during fermentation.

The beers that will be poured include ones that are 100% Brettanomyces while others will have used Brett during a secondary fermentation and a few will be mixed culture to highlight the effect that Brett has on interacting with bacteria such as Lactobacillus and Pediococcus.

Best of all entry is FREE to BrettFest. Just pay as you go with 4 oz. samples or 12 oz. full pours.

Follow Bailey’s event page to stay up to date on BrettFest.