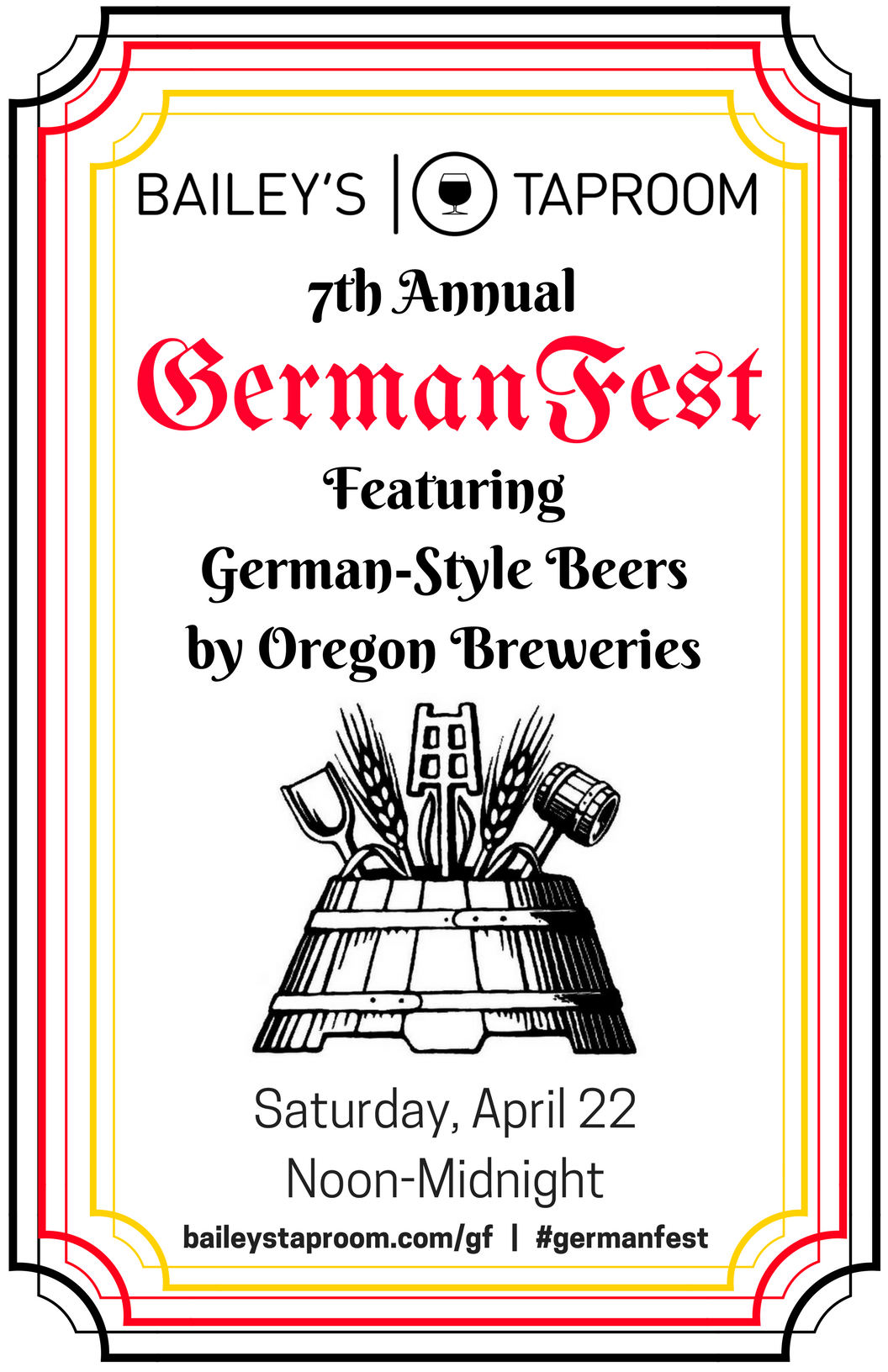 As we enter the fourth month into 10 Years with Bailey’s Taproom this month’s fest will feature beers inspired by and from Germany. The 7th Annual GermanFest 2017 will take place on Saturday, April 22nd from Noon until Midnight at both Bailey’s Taproom and The Upper Lip.

When Bailey’s began GermanFest seven years ago the availability of German inspired beers from Oregon breweries was quite limited. Now things have changed as the German bier revolution has brought forth a lesson in drinkability, balance, and subtle nuances. It’s now much more common to see a local brewery brewing a Kolsch, Gose, or Berliner Weisse as a regular offering. We can raise a toast to that!

The daylong event will have a tap list that is dedicated to German inspired beers all from Oregon breweries pouring at Bailey’s Taproom. If you’re looking for the real deal, upstairs there will be authentic German biers pouring at The Upper Lip including one of our recent faves, Ayinger Bavarian Pils.