With 2018 just around the corner Bailey’s Taproom is ready to leave 2017 in the rearview mirror and welcome in the New Year with three events during the month of January. After celebrating its 10th anniversary last year and hosting the most events it ever had to honor this milestone, it looks as if the team at Bailey’s plans to keep the fun rolling into the coming year.

Mark your calendars for Blend Your Own Coffee Stout on January 9th (at The Upper Lip), 9th Annual CellarFest on January 20th, and Engine House No. 9 Meet the Brewer on January 30th. 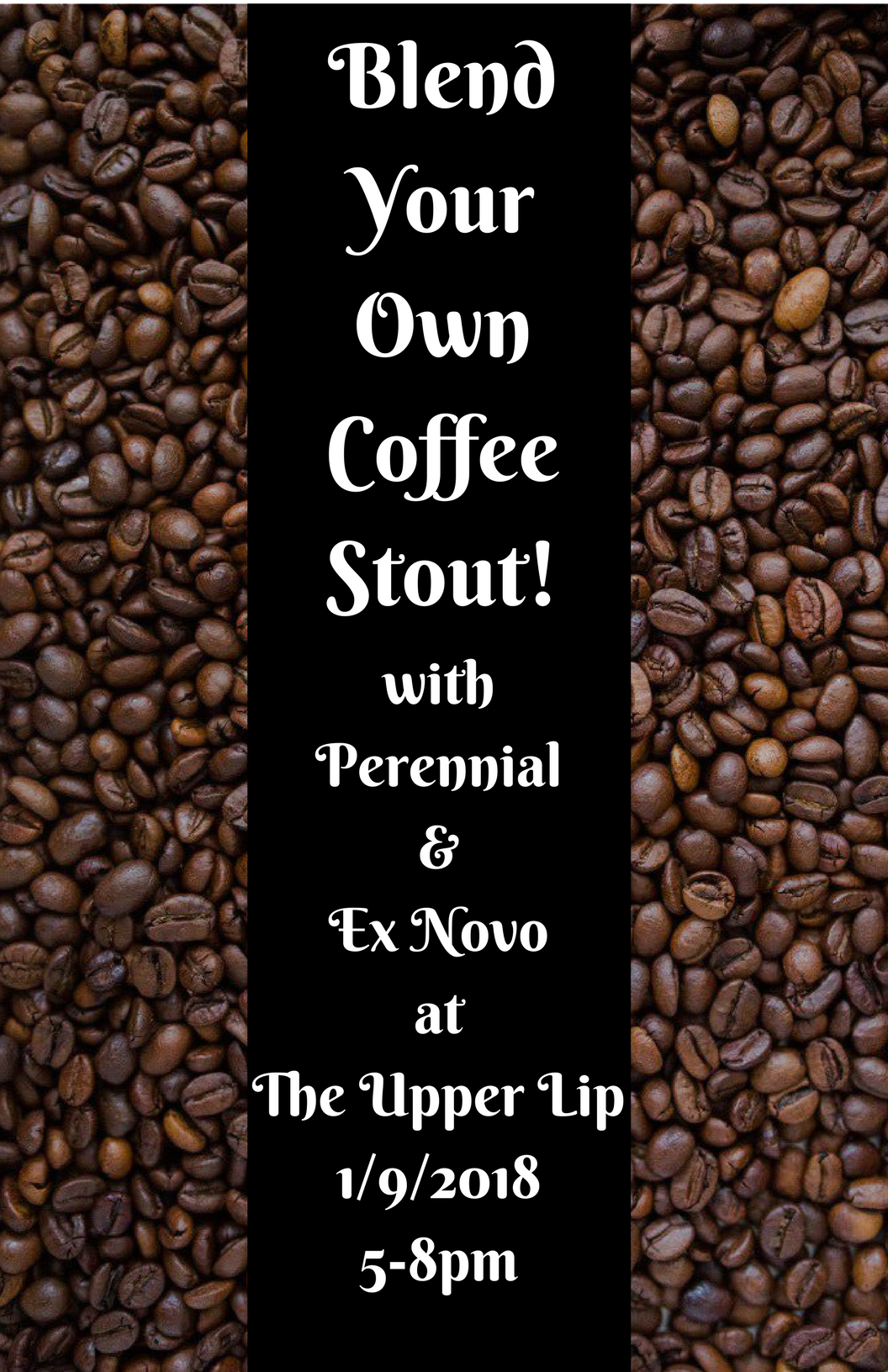 Perennial’s Sump is an annual Imperial Stout release that is proudly blurring the lines between beer and coffee. They’ve decided to separate the two parts so you could masterfully blend your own coffee stout. We got local heroes, Ex Novo, on board for this event to do something similar with Case Study Coffee here in Portland. And just for good measure, we asked the Imperial Restaurant team to bake some sweets that would pair well with your coffee & beer blended creations. Representatives from both breweries will be on hand to talk us through the blending process and share their inspired caffeinated experiences. 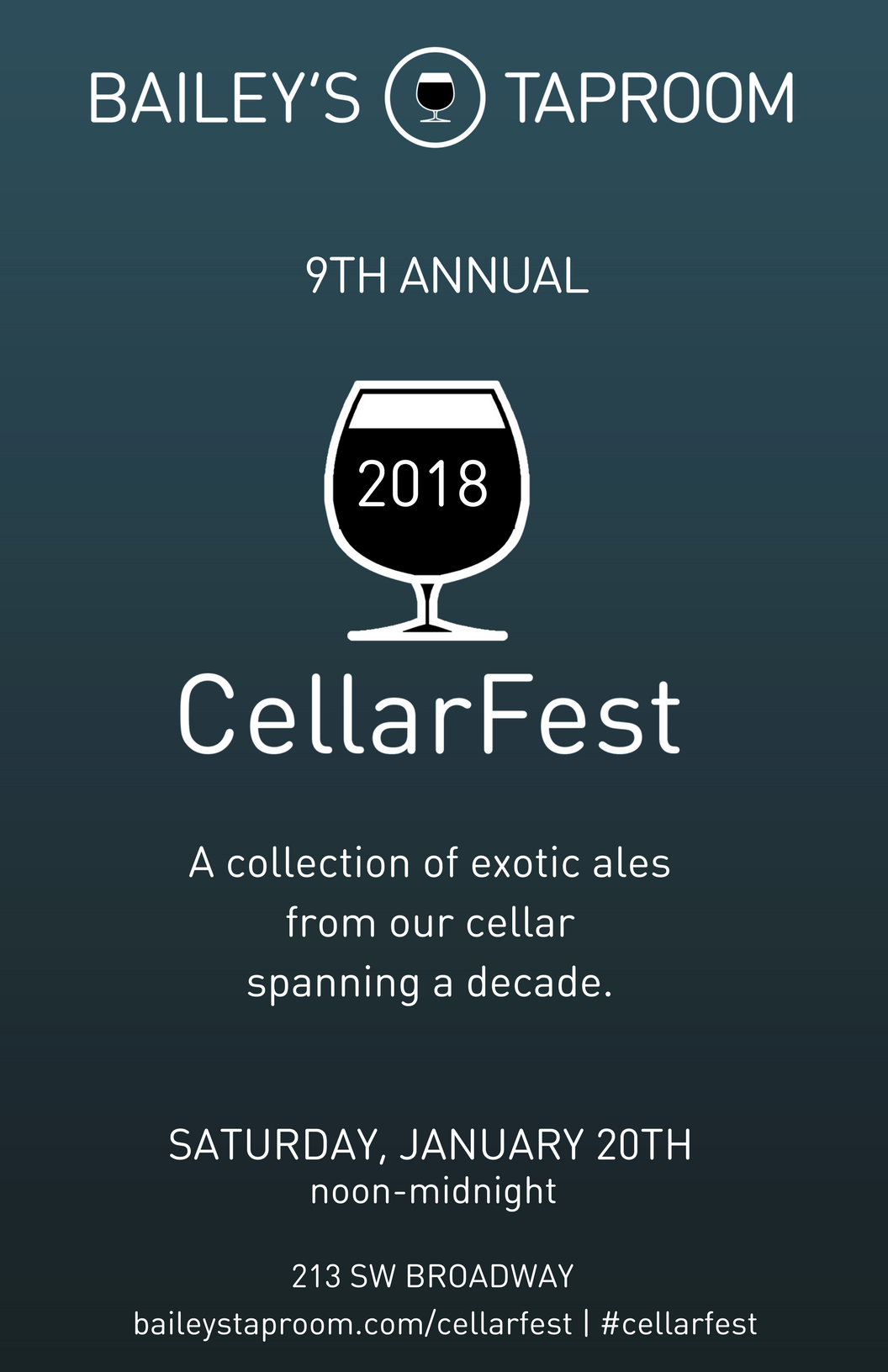 9th Annual CellarFest
Saturday, January 20 – Noon-Midnight
Back for it’s 9th consecutive year, CellarFest returns on Saturday January 20th with more hits from the basement! CellarFest is the last remaining event owner Geoff Phillips curates every year and it looks like he’s pulling out a wide range of styles with what has to be our finest list yet and its free to enter. 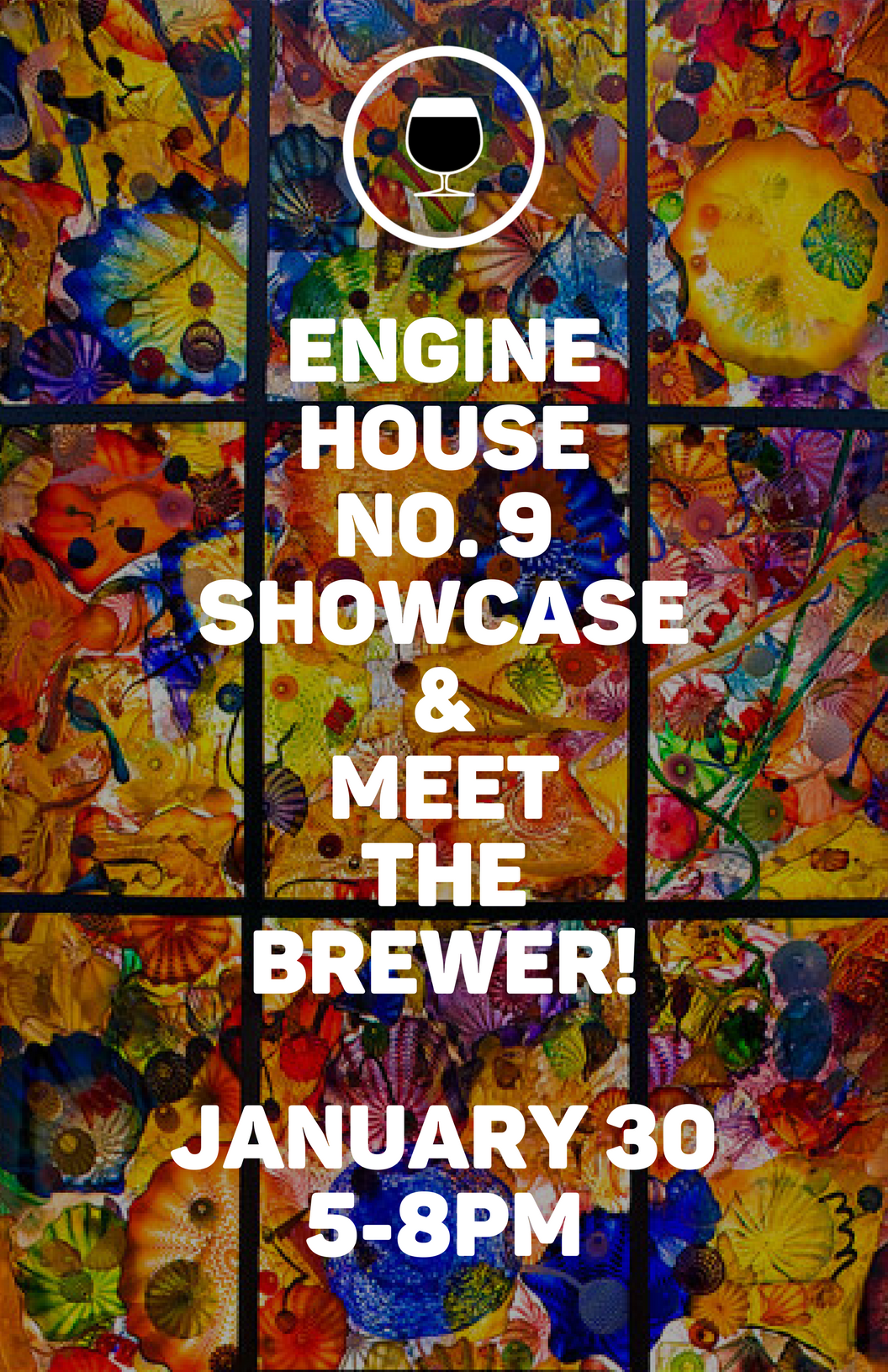 Engine House No. 9 Meet the Brewer
Tuesday, January 30 – 5:00-8:00pm
Bailey’s Taproom has partnered with Shelton Bros. Oregon to host Engine House No. 9 Meet the Brewer event. Tacoma’s finest is coming to Bailey’s to share some exclusives from the Shelton Bros. Oregon catalog. Shane, the head brewer, will be in house to discuss the brewery, the beers, and E9’s rich history